On the July 21 episode of KBS’s “The Return of Superman,” Lee Hwi Jae’s twins, Seo Eon and Seo Jun, made a brief return to the show.

Seo Eon and Seo Jun were part of the original cast of “The Return of Superman,” appearing on the show with their father only a few months after their birth in 2013. They left the show in April 2018.

During the July 21 episode, Seo Eon and Seo Jun made a surprise appearance and were told that JamJam, Soyul and Moon Hee Jun’s daughter and the newest addition to the show, would be coming to visit. The twins proved that they still had the same mischievous personalities by exclaiming, “We need to hide!” 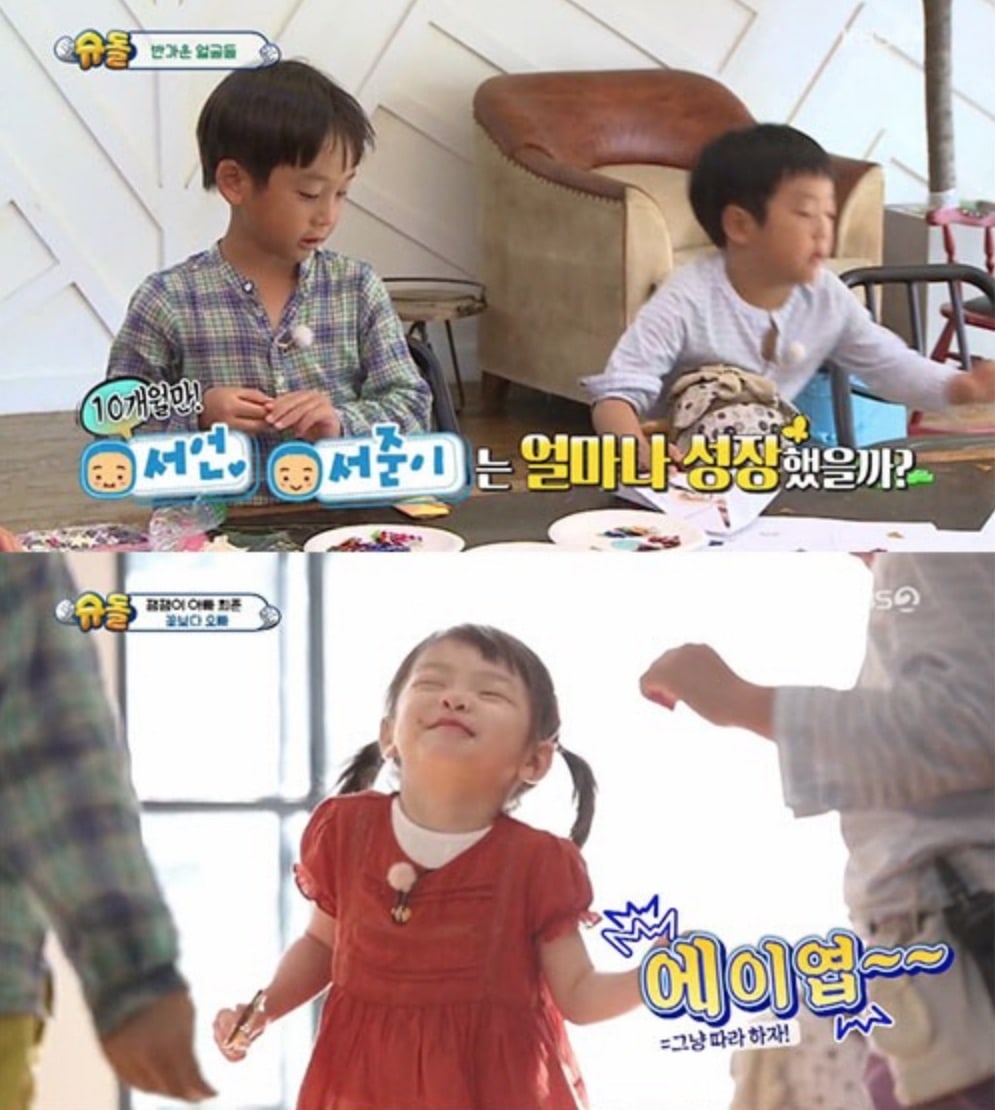 JamJam had a lot of fun looking for the twins, smiling brightly when she found Seo Jun and playing a joke with Seo Eon when she found him. Seo Eon and Seo Jun also played a trick on Moon Hee Jun by eating dirt from a potted plant. Moon Hee Jun was flustered and said, “How can you feed children dirt?” but it turned out that the twins and their mother had made “dirt” from crumbled cookie powder in order to surprise him. 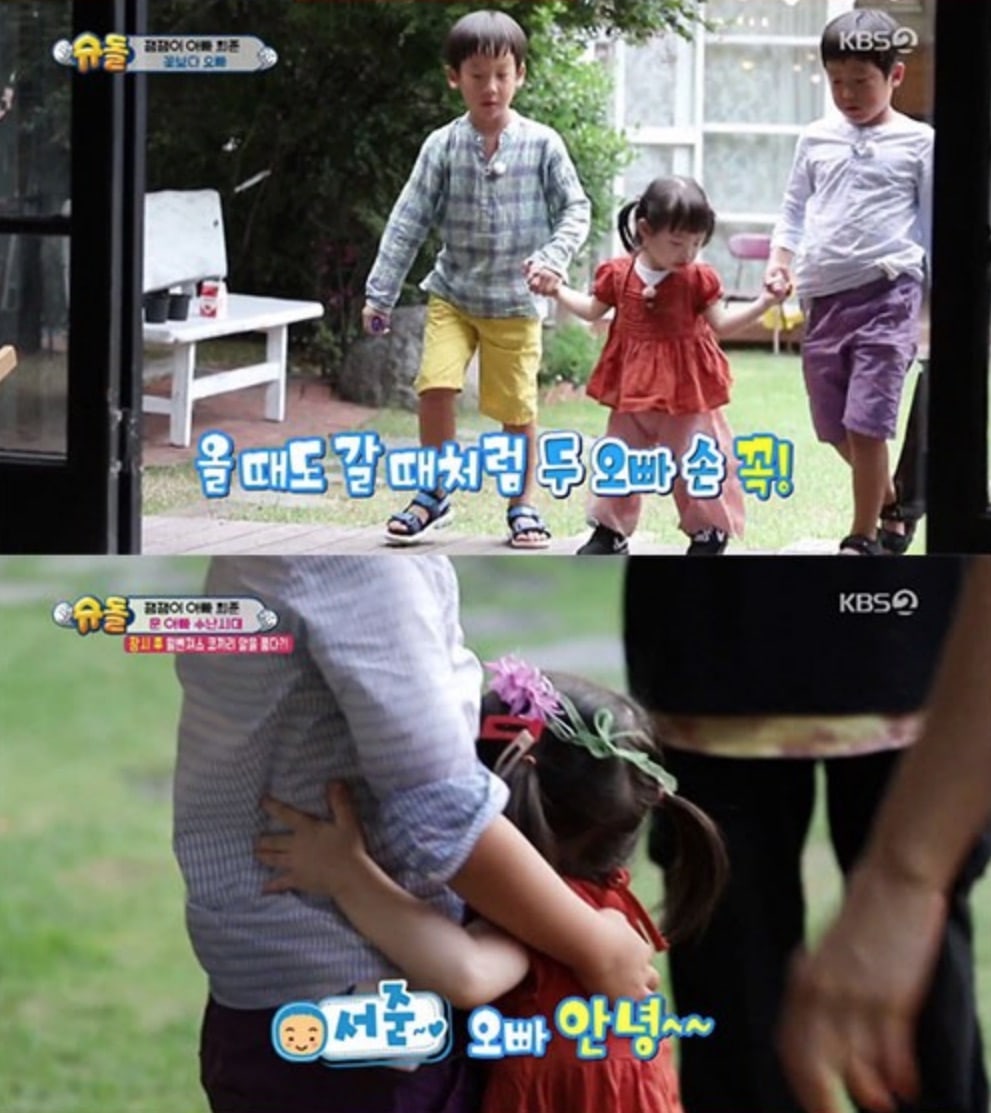 Later in the episode, JamJam went to the convenience store to eat snacks with Seo Jun and Seo Eon and enjoyed her time playing with her new “older siblings.” Moon Hee Jun also played with water guns with Seo Eon and Seo Jun and later called their father and joked, “I became a mess. I can’t hear anything because of the water in my ears.”

You can check out an episode of “The Return of Superman” below!