On the July 21 episode of SBS’s “My Ugly Duckling,” Ji Suk Jin appeared as a special MC.

During the episode, Ji Suk Jin talked about his friendship with Kim Jong Kook and Park Soo Hong and stated, “We were friendly ever since I debuted.”

He continued, “I’m also saying this because Jong Kook’s mother is here, but during the encore concert yesterday, I gave Jong Kook my bonus money so he could go out to eat with the staff.”

In response to this, Seo Jang Hoon remarked, “I actually spoke with Jong Kook yesterday. He said you gave him that money yesterday in accordance to your appearance on ‘My Ugly Duckling’ today. I wondered if you would tell [the story] or not, but you ended up telling it.”

Ji Suk Jin had the room laughing when he said, “I regret saying that.” 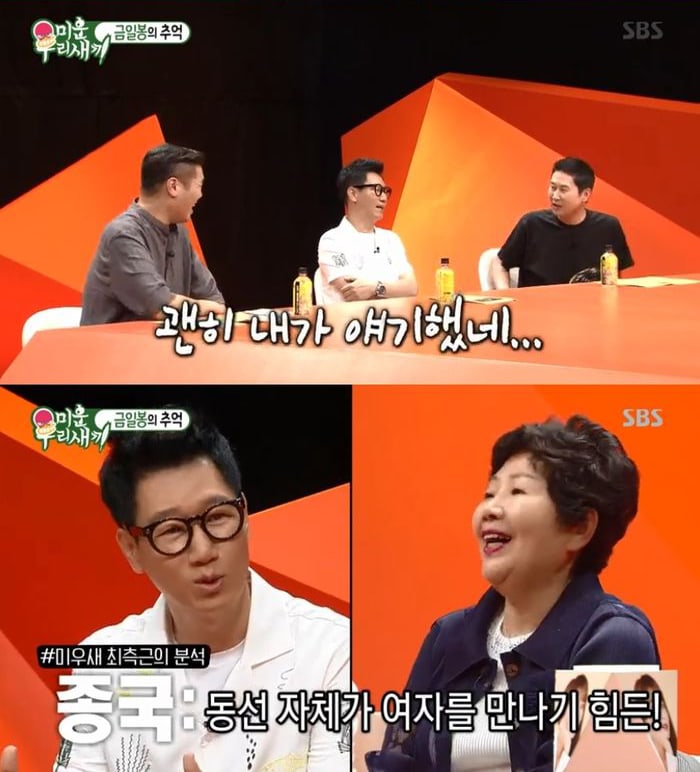 He then talked about Kim Jong Kook and Park Soo Hong’s relationship statuses, saying, “It’s not that they can’t [get married], it’s that they just don’t. For Jong Kook’s case, he’s just in a position where he can’t meet women. His daily routine consists of three things: walking to the gym, working out at the gym, or going back home from the gym.”

Watch the full episode of “My Ugly Duckling” below:

Ji Suk Jin
Kim Jong Kook
My Ugly Duckling
How does this article make you feel?