Hollywood director Francis Lawrence had nothing but compliments for the upcoming film “The Divine Fury” starring Park Seo Joon and Woo Do Hwan!

“The Divine Fury” tells the story of boxing champion Yong Hoo (played by Park Seo Joon) and exorcist priest Father Ahn (played by Ahn Sung Ki) who meet and face a powerful evil that has thrown the world into chaos.

Director Francis Lawrence is known for his films that showcase spectacular fantasy visuals such as “I Am Legend” and “The Hunger Games” series. He recently talked about his impressions of “The Divine Fury” after meeting director Kim Joo Hwan, who has long been a fan of Lawrence and draws inspiration from his works.

Director Lawrence stated, “I was truly mesmerized by ‘The Divine Fury.’ There was a warmth to it that I never expected from watching the trailer, and it was bold and full of brilliant imagination. The experience was so powerful that it deeply lingered with me on my way home afterwards.”

He added, “The acting was excellent, the mise-en-scène was beautiful, and the visuals left a strong impression. I think I witnessed the birth of a very charming hero who makes you anticipate the story to come.”

Finally, he shared his thoughts on his meeting with Director Kim Joo Hwan. “Director Kim Joo Hwan is maturing as a director in his own right, but it makes me very proud that my work has been able to help. I wish the best for the premiere of ‘The Divine Fury.'” 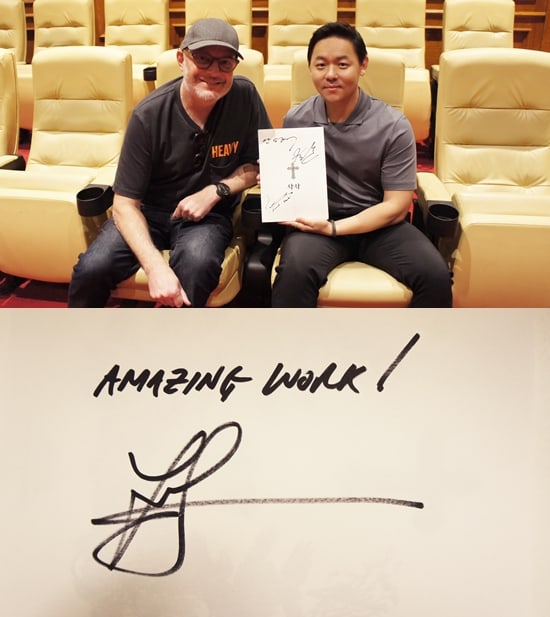 “The Divine Fury” will premiere in theaters in Korea on July 31.

The Divine Fury
How does this article make you feel?