“Sign Here,” which will air on MBN, aims to discover artists with wide-ranging talent — including rap, vocal, producing, and performing — to lead the next generation of hip hop in Korea as the newest member of AOMG. Joining the search will be Jay Park, the CEO of AOMG, and other artists from the label, including Simon Dominic, Gray, Code Kunst, and Woo Won Jae.

In the newly released posters, Jay Park, Simon Dominic, Gray, Code Kunst, and Woo Won Jae are enjoying a celebratory drink as they look over and discuss the contract for the program as well as the audition applications. 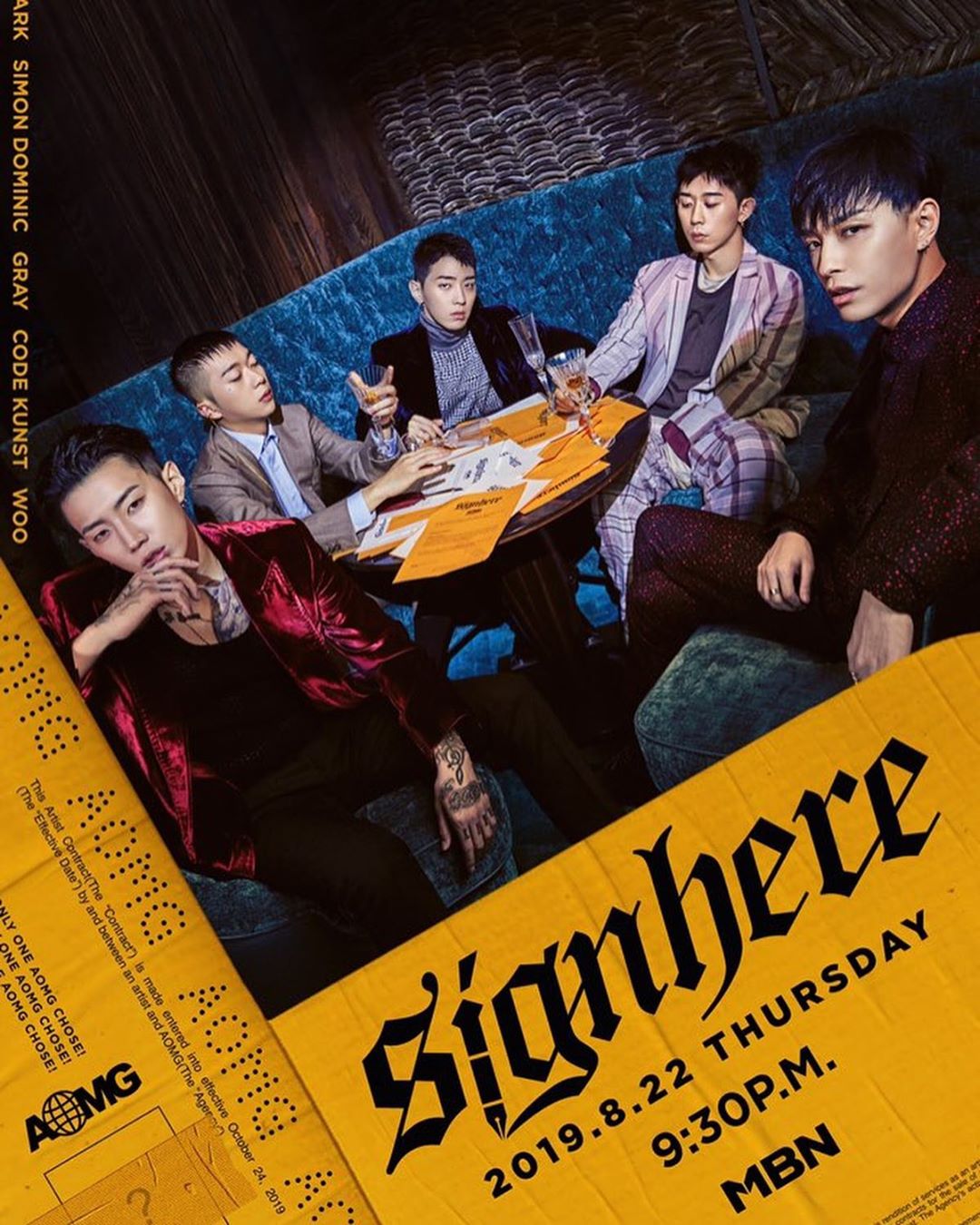 The artists exude an intense aura through the movie-like posters. With their captivating visuals and charismatic poses, they perfectly own both the black suit look as well as the party-style look, creating even more anticipation for the upcoming show. 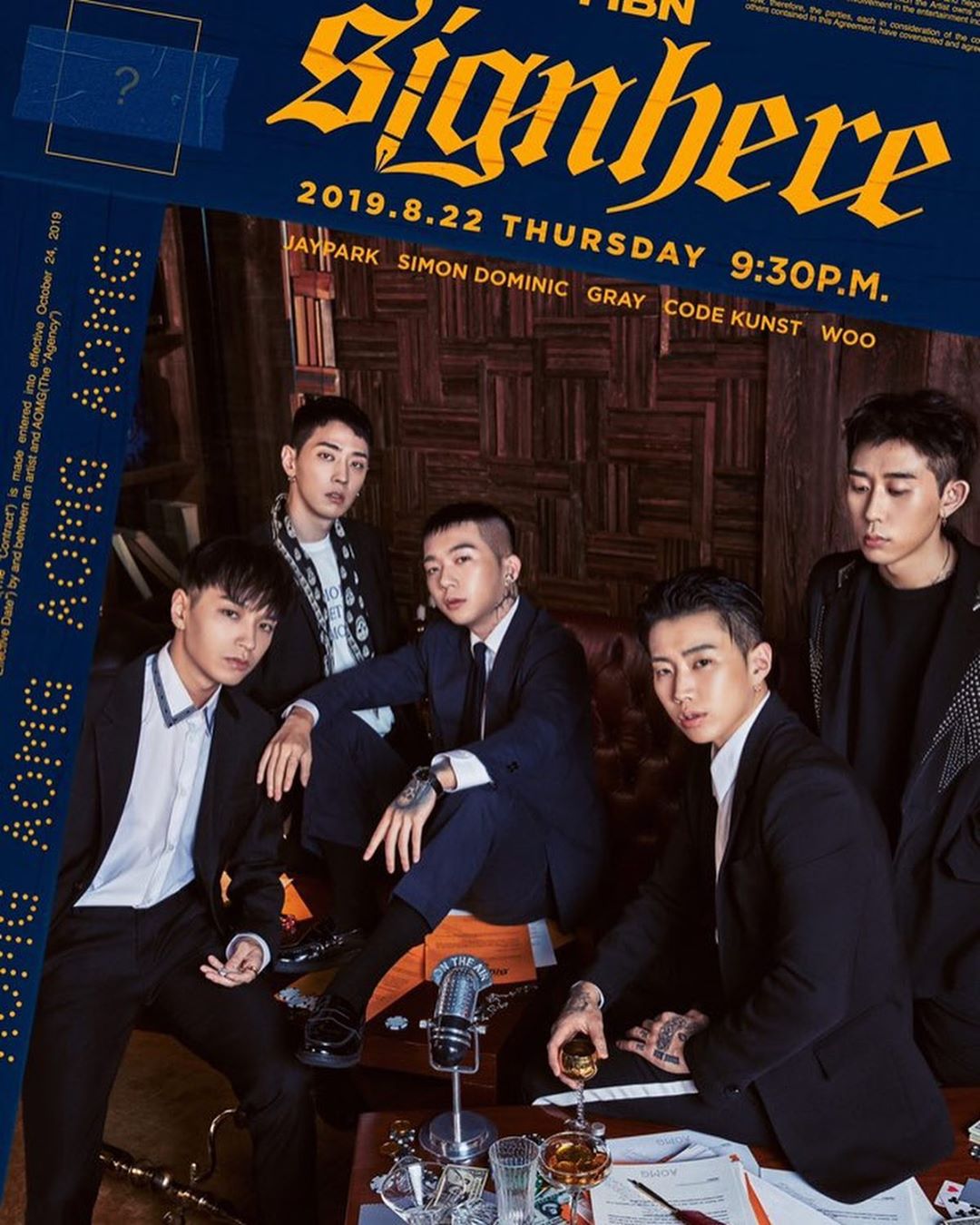