“Hotel Del Luna” had a lot of work to do to top its awesome premiere, but this rom-com/horror/fantasy drama somehow managed to do just that in its second week! The spooky world of hoteliers Jang Man Wol (IU) and Goo Chan Sung (Yeo Jin Goo) is more richly fantastical than we could have dreamed, the romance(s) are sweet and surprisingly sexy, and the drama has us alternately laughing, crying, and shocked — all in the best possible ways. We can safely say that “Hotel Del Luna” episodes 3 and 4 gave us everything we needed this week!

Warning: spoilers for “Hotel Del Luna” episodes 3 and 4 below.

Man Wol is enchanting and she knows it, which is amazing when combined with Chan Sung’s naivety. She’s super flirty to him, and it’s not only cool to see K-drama gender roles reversed but also hilarious to watch Chan Sung get all flustered, like when he tells her she was in his dream and she reacts rather suggestively:

Or when she insists on sleeping next to him in order to figure out exactly how he has dreams about her past life:

2. When our OG OTP was reunited

This week the K-drama gods blessed us with a reunion that we have been waiting for ever since “Scarlet Heart: Goryeo” left us all devastated back in 2016. And while IU and Lee Joon Gi are hardly Moon Lovers in the actor’s brief cameo, seeing the two on screen together soothed our long-aching hearts. Bless you, “Hotel Del Luna”!

We expected this drama to be creepy, romantic, and funny… but we didn’t expect it to have us sobbing into our blankets (or was that just me?) in only the second week. But who can help but be moved by a loyal dog that won’t leave his owner after the man has died, even when the man’s ghost stays around to plead with the pup to go: 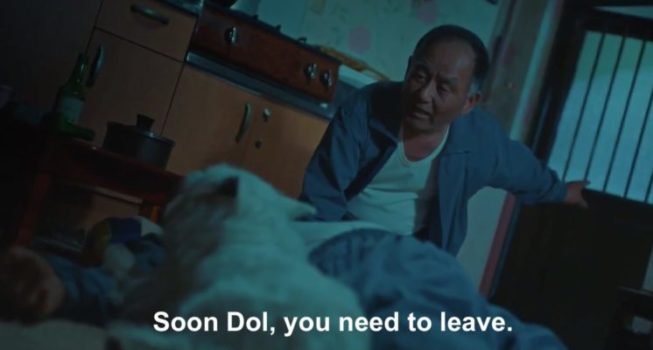 And when the man’s spirit discovers, just as he is about to move on to the afterlife, that his faithful companion died by his side, and they go to the afterlife together? Cue the waterworks. 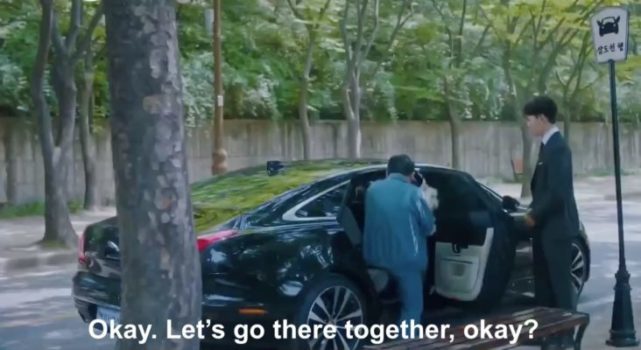 4. When the past romance was undeniably cute

Okay, we’re loving Man Wol’s flirty relationship with Chan Sung so far, but we also can’t get enough of her romance with this handsome bodyguard (Lee Do Hyun) from her past. From being Man Wol’s prisoner to saving her from quicksand and teaching her how to write her name, this guy really knows how to turn his luck around.

5. And when the present was still pretty sweet

While we can’t say that Man Wol and Chan Sung are quite as romantic as she and her prior flame, this repetition of the writing scene from the past is cute in its own funny way, with Chan Sung grabbing a hungover Man Wol’s hand to make her begrudgingly sign a document.

Are those some feelings we see?

It remains to be seen whether Chan Sung is the reincarnation of Man Wol’s lover, or just someone sent to teach her how to feel again. But he must be pretty special if he can make Man Wol’s barren tree bloom for the first time in a millennium.

6. When justice was served

We can’t say we loved watching a high schooler get killed by one of her classmates, but it was oh-so-satisfying to watch Man Wol handle the aftermath with such a blasé attitude, from being brutally honest to the killer’s parents…

To being deliciously savage to the displaced spirit of the rotten killer herself, telling Yu Na (hello, gugudan’s Mina!) that she will get away with the murder…

With the small catch of never being able to return to her body again.

7. When the drama was spookily unpredictable

We got another sweet moment when Chan Sung helped the blind ghost who had been following him around find the baker who had been so kind to her during her life.

Wait, just kidding, it turns out the reason she remembers his hand so well is because it was the last thing she felt in life — after he killed her in a hit-and-run.

The way the episode spent so much time building up a heartwarming tale only to turn it into a completely creepy story in a single moment was deliciously jolting, and it’s amazing that “Hotel Del Luna” can be so spine-tingling and unpredictable!

8. When the romance went full steam ahead

Sure, Man Wol tries to make Chan Sung go insane by sending him to the ghost in Room 13, but she does change her mind at the last minute and save him in the most dramatic way possible, so that counts for something, right?

While it’s nice that “Hotel Del Luna” is not beating around the bush (or rather, the big, magical tree) and is getting to the romance, this does seem a little fast! Chan Sung feels a lot of empathy for Man Wol and he has clearly awakened some feelings inside her, but does either of them even realize their own feelings yet? How is Chan Sung going to react to this kiss? More importantly, how is he going to get out of Room 13 alive and sane? We’ll have to wait until next week to find out!

Hey Soompiers, are you watching “Hotel Del Luna”? What did you think of this week’s episodes? Let’s discuss in the comments!