The drama was pushed back one week after the currently airing drama, “Partners for Justice 2,” was postponed due to a live broadcast of the Gwangju 2019 World Aquatics Championships.

“Welcome 2 Life” also released new preview stills. The drama is an investigative romantic comedy about a selfish lawyer named Lee Jae Sang (played by Rain) who falls into a parallel world due to an accident and starts to live a new life as an upright prosecutor.

The new stills show the past relationship between Lee Jae Sang and detective Ra Si On (played by Lim Ji Yeon) in the current world, where, present day, the two have broken up on bad terms. In contrast, Lee Jae Sang and Ra Si On in the parallel world are a happily married couple. 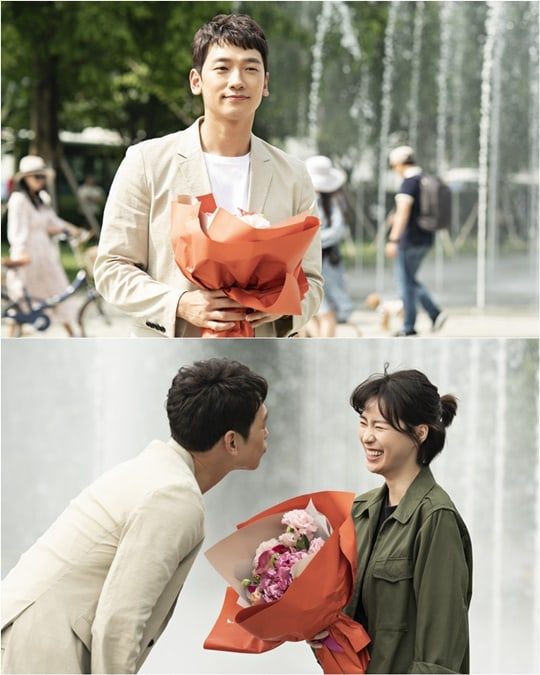 “Welcome 2 Life” premieres August 5 as the follow-up to “Partners for Justice 2,” and will be available on Viki.

In the meantime, catch the latest episodes of “Partners for Justice 2”: