A Heroine’s Vow Of Revenge: 4 Reasons To Watch C-Drama “The Legends”

Are you looking for a drama that has the perfect blend of fantasy and romance, with a captivating story and interesting characters? Look no further, as the Chinese historical fantasy drama “The Legends” completely fits the bill.

Based on the novel “Zhao Yao” by Jiu Lu Fei Xiang, the drama stars Bai Lu as Lu Zhao Yao, a cheerful girl who was raised by her grandfather in the mountains, where she spends her life cut off from the outside world. However, one day she meets Luo Ming Xuan, whose betrayal leads her entire world to change.

Years later, Lu Zhao Yao has become the strong and fierce leader of the demonic Wan Lu Sect. While trying to obtain the legendary Wan Jun Sword, Zhao Yao is ambushed by the Immortal Sect. She believes that Mo Qing (Xu Kai), a guard of the Wan Lu Sect and her closest ally and friend, is behind the ambush and betrayal. Mo Qing becomes the leader of the Wan Lu Sect and goes by his real name Li Chen Lan. With the help of Qin Zhi Yan (Xiao Yan), Zhao Yao returns to Wan Lu Sect vowing revenge on Li Chen Lan and determined to gain her rightful position back as the sect leader.

The drama topped television ratings during its entire broadcast and viewers praised the show for its unique characters, positive storyline, romantic comedy elements, and its showcase of strong female characters. If that isn’t enough to convince you to check out “The Legends,” here are four reasons why the drama is worth watching!

The badass and fierce heroine 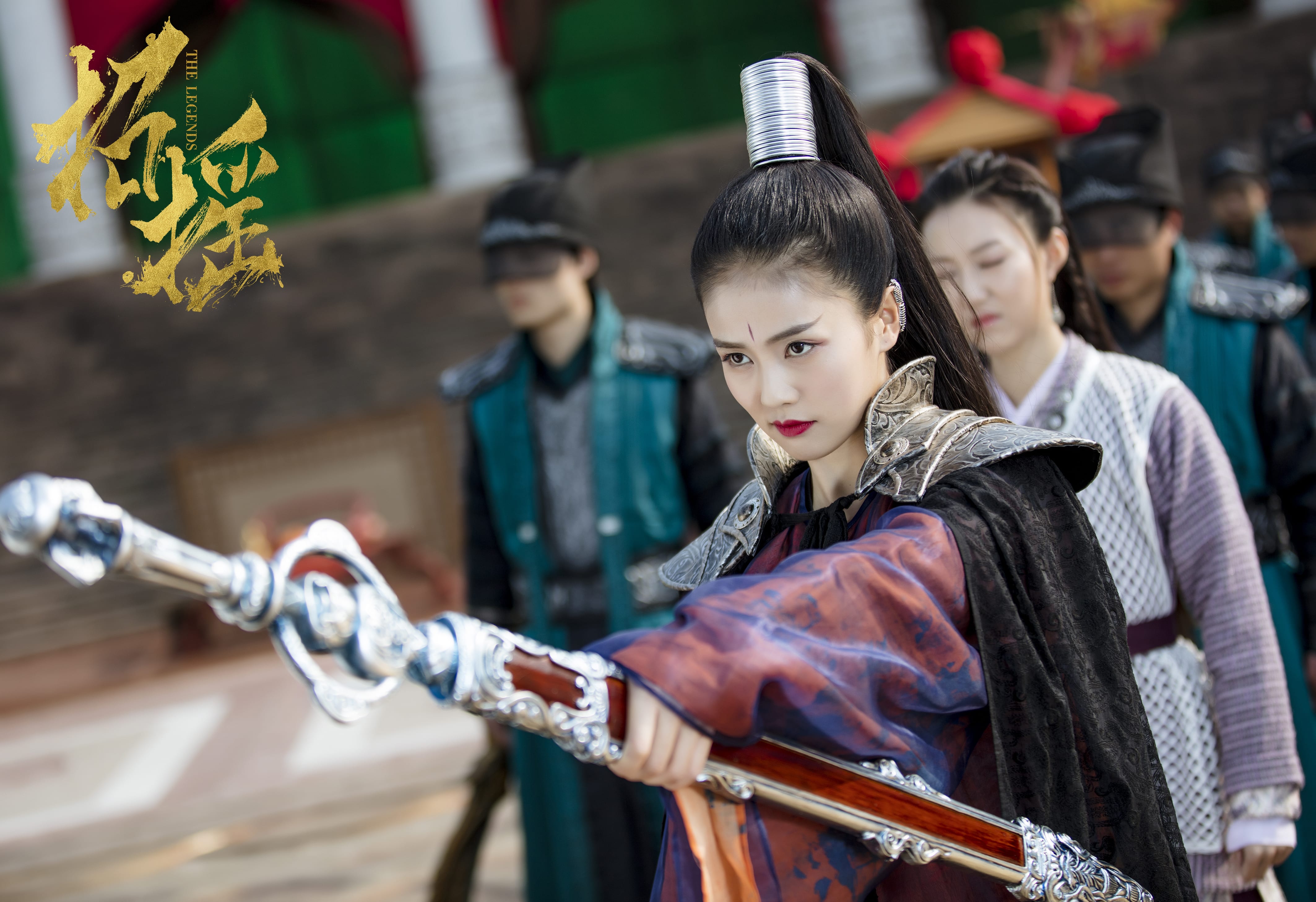 The biggest star of the “The Legends” is no doubt our female lead Lu Zhao Yao. You can’t help but develop a girl crush on her because she’s charismatic, strong, fearless, and most important of all, she’s super badass. Plus she rocks the red lipstick and high ponytail like no other.

Lu Zhao Yao never cowers herself to others, fights hard for what she wants in life, and does not care what other people think of her. A perfect example is how she created the Wan Lu Sect through her own achievements and hard work, and her sect followers equally admire and love her for those reasons.

Bai Lu is great in portraying Lu Zhao Yao’s three major stages of her in the drama: in the beginning, she’s the young, free-spirited, and cheerful girl who transitions into the extravagant and powerful demoness of Wan Lu Sect, and finally, she becomes a calm, mature, and understanding woman. Despite having acted only in a small number dramas, Bai Lu really stands out on screen with her charisma and amazing chemistry with the entire cast. 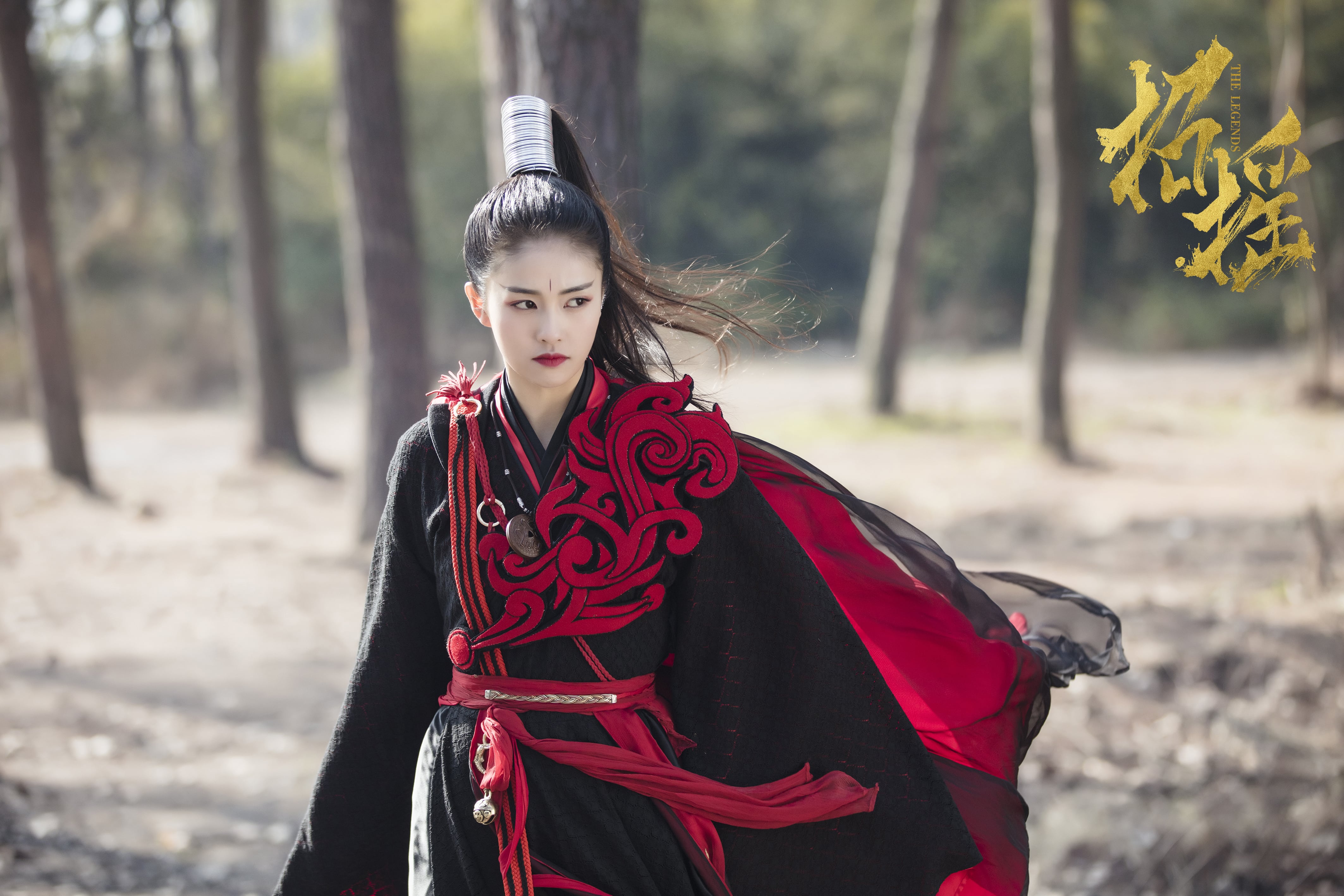 The sweet and devoted male lead 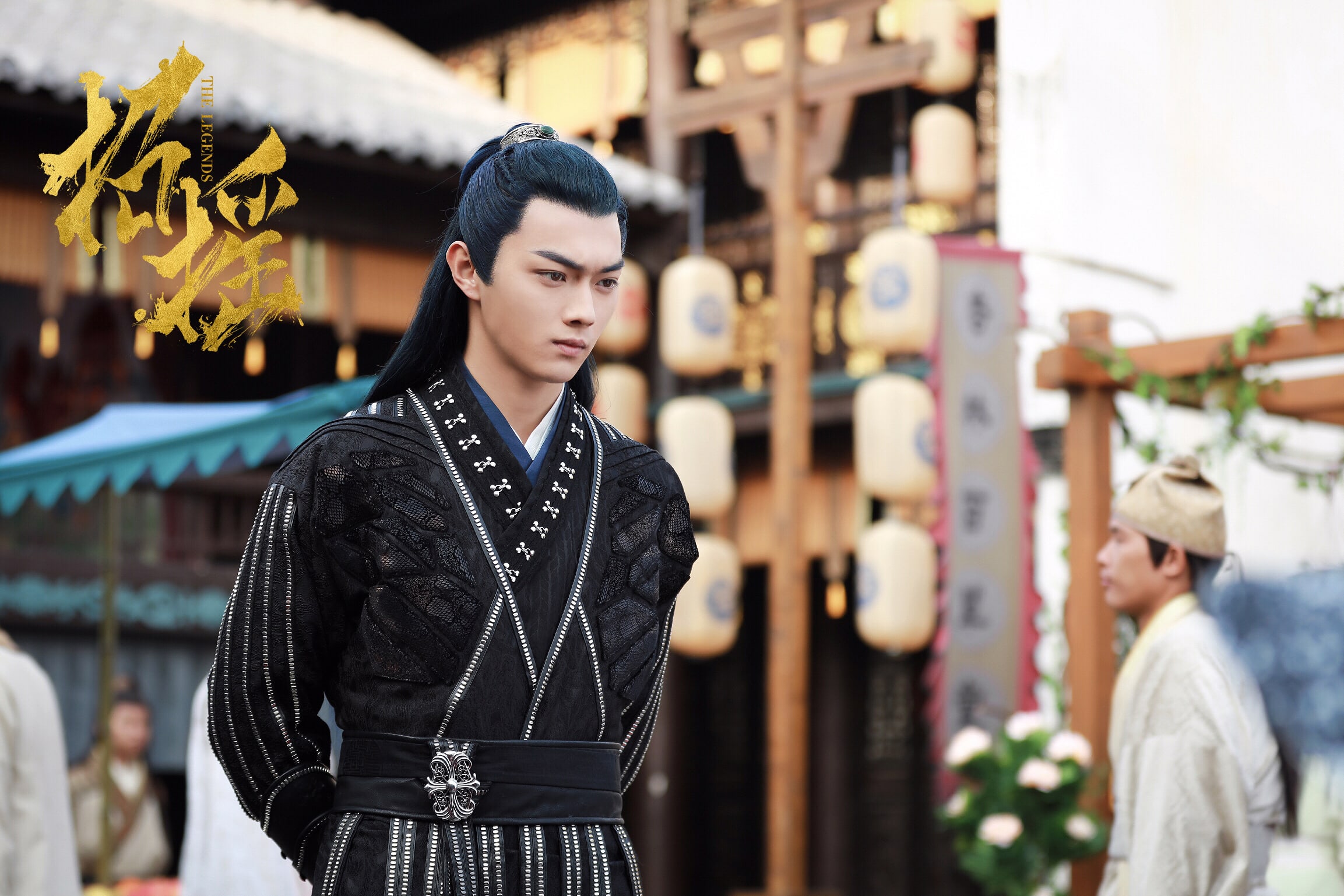 Our male lead, Li Chen Lan is also a standout leading man. His character starts off as a young, timid, and weak boy who falls deeply in love with Zhao Yao after she saves his life. After the disappearance of Zhao Yao, he takes her place as the new leader of Wan Lu Sect and grows to become a confident, powerful, and mature man. Just like Zhao Yao, he appears cold and strict on the outside, but in reality, he’s a kindhearted soul and a sweet gentleman.

Fans of the drama love Li Chen Lan because of his devotion and faithfulness towards Zhao Yao. Also, everyone swooned and hearts melted every time Li Chen Lan broke into a shy smile of happiness when interacting with Zhao Yao. It’s not surprising that he was able to steal Zhao Yao’s heart and the hearts of us viewers.

Actor Xu Kai’s youthful, handsome looks and mesmerizing beautiful eyes perfectly fit his character of Li Chen Lan. I love how his eyes are so expressive, as you see all the looks of happiness, sadness or hurt he feels. Xu Kai plays the two sides Li Chen Lan perfectly, as he can easily switch from being the aloof sect leader to being adorably puppy-like in front of Zhao Yao. 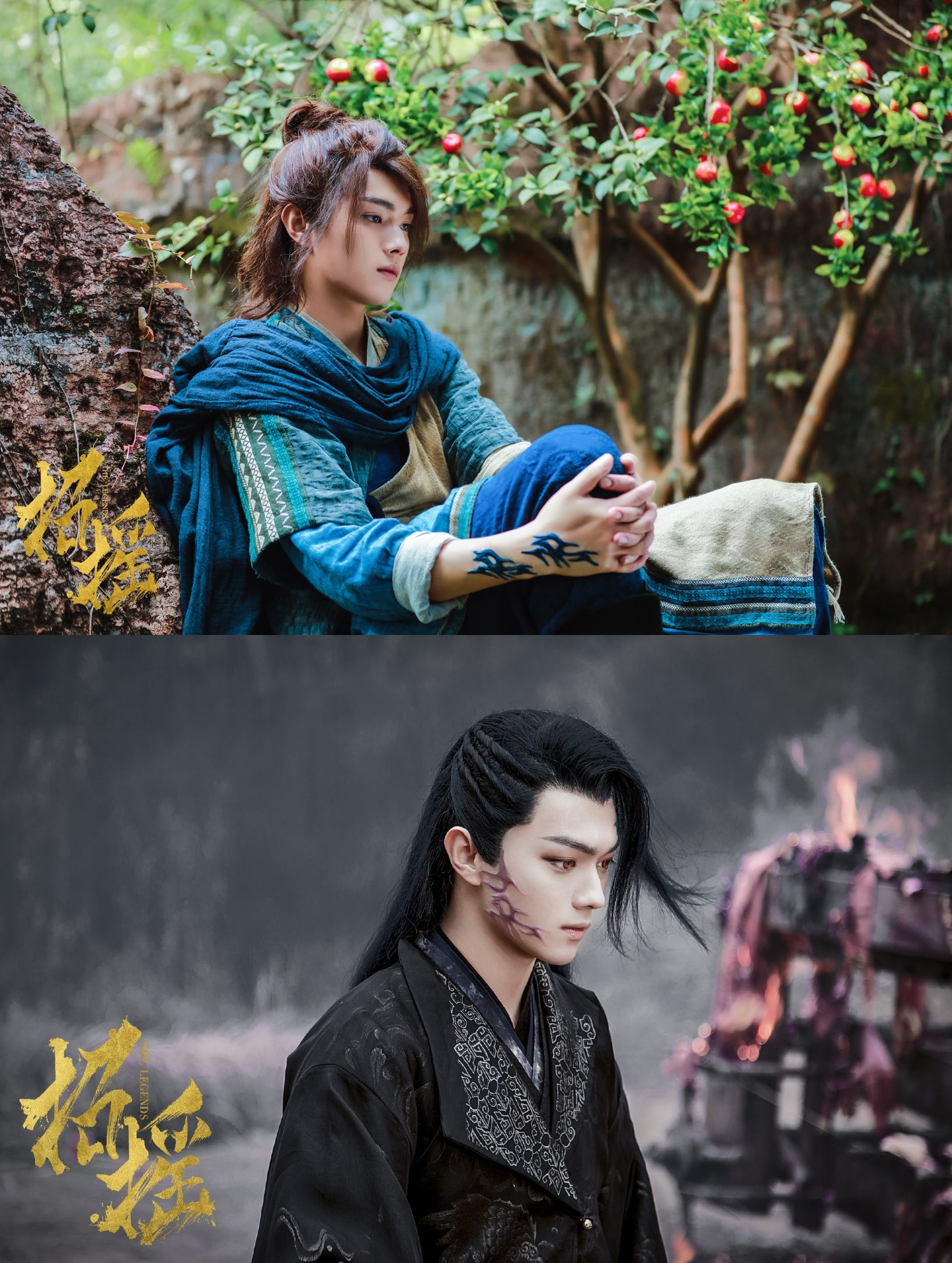 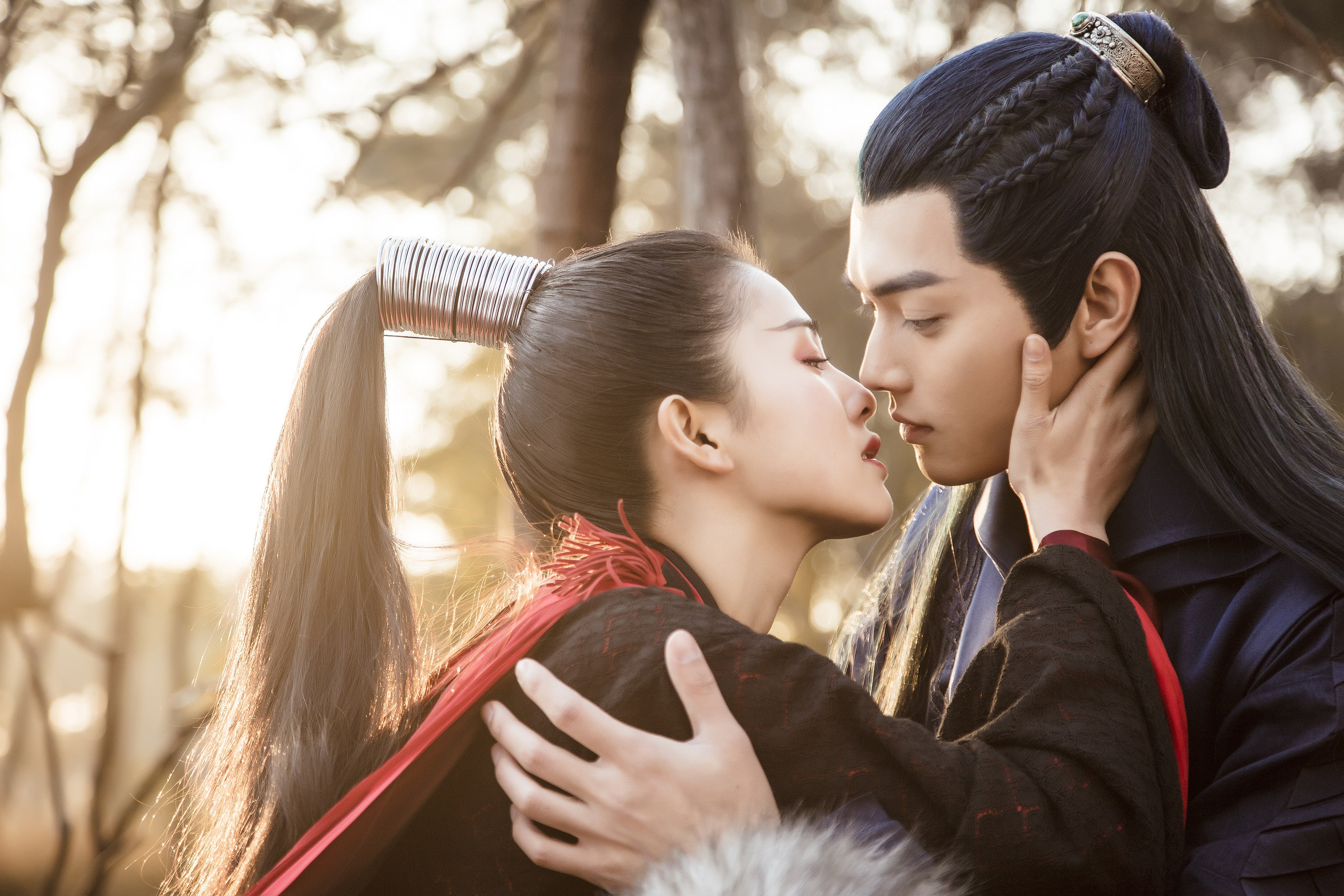 Lu Zhao Yao and Li Chen Lan can be described as one of the hottest power couples you will find in dramaland. Their chemistry together is absolutely magnetic. Even though Li Chen Lan falls in love with Zhao Yao first, it doesn’t take long for Zhao Yao to also fall for Chen Lan. It is wonderful to see how they give each other support and strength as they overcome various hardships.

They make a great couple, even though they may seem like polar opposites. They perfectly match each other like two puzzle pieces and are so endearing and lovable as a couple. You can literally see how in love they are with each other through their actions and expressions, especially from Li Chen Lan, who always looks at Zhao Yao with such warmth and tenderness. It’s also a bonus that they have some amazing kiss scenes in the drama!

If you’re a fan of Bai Lu and Xu Kai, you will be pleased to know that they’re paired up again in the upcoming republican drama “Arsenal Military Academy,” which is set to air on August 8, 2019. 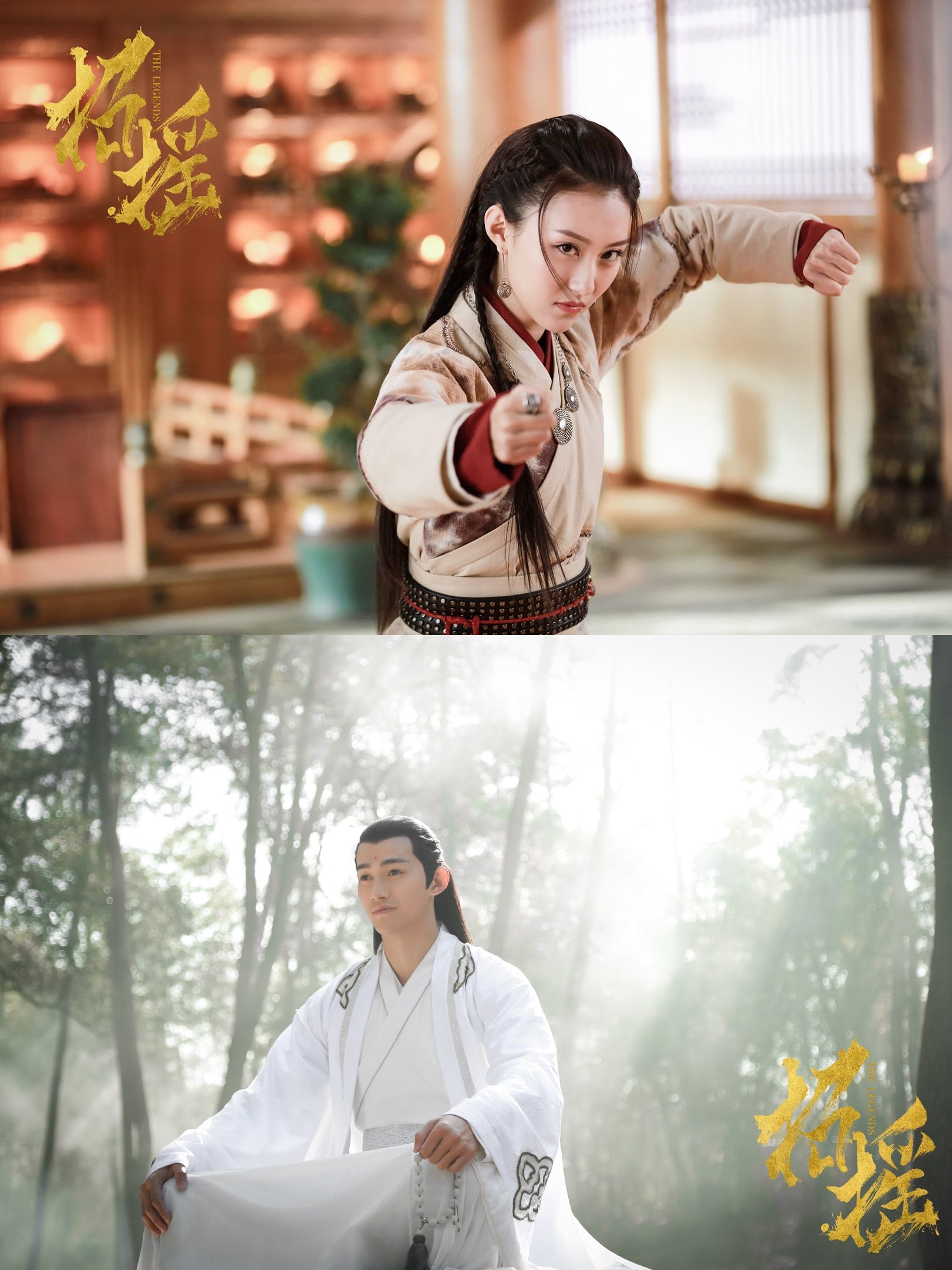 With most Chinese historical dramas, you can be sure to find a huge ensemble cast. “The Legends” is no different, as it boasts a large cast with many interesting and fun supporting characters. While there are quite a few characters you’d love to hate, but there’s plenty of characters who you can’t help but love. Some standout supporting characters include Lu Shi Qi, a loyal follower of Lu Zhao Yao who’s an amazing fighter and hilariously always loves to eat; Gu Han Guan, Wan Lu Sect’s grumpy genius physician; and Qin Qian Xuan, who is dubbed as the “Beautiful Man.” They’re all great characters who contribute to “The Legends” story and help our main leads on their crazy journey.

Soompi Spotlight
Xu Kai
The Legends
Bai Lu
How does this article make you feel?