KBS’s upcoming Monday-Tuesday drama “I Wanna Hear Your Song” has released new stills of Yeon Woo Jin eliciting intrigue as he hides a secret from other people.

“I Wanna Hear Your Song” is a mystery romantic comedy that tells the story of a timpanist who loses all memory of the day of a murder as she meets a suspicious tone-deaf man and attempts to uncover truths. Anticipation is already high for the drama for its cast, which includes gugudan’s Kim Sejeong, Yeon Woo Jin, Song Jae Rim, and T-ara’s Jiyeon, and its interesting premise.

The new stills show Jang Yoon (played by Yeon Woo Jin) with an unreadable expression on his face. He is someone who honestly voices his opinions and does whatever he sees fit. He unfortunately hurts people around him with his cold expressions and sharp words. What is especially intriguing is the fact that Jang Yoon holds a shocking secret that he has yet to reveal to anyone. He is someone with the perfect poker face, who is always deceiving others and never lets people know what he’s really thinking. 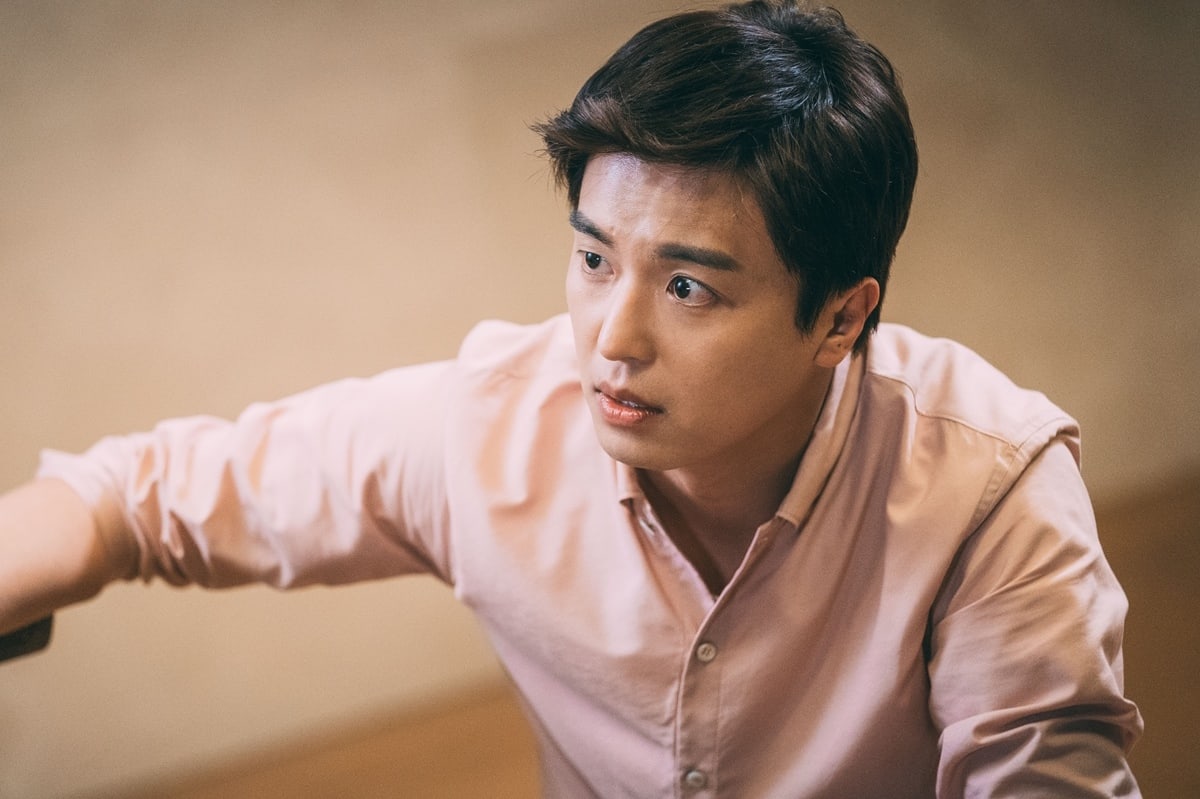 Jang Yoon is working a part-time job that involves calling Hong Yi Young (played by Kim Sejeong), the timpanist who has lost all her memory. However, with it being revealed that this was an intentional move by Jang Yoon disguised as a chance encounter, it will be interesting to see the real reason why he is trying to get close to her.

A source from the drama said, “Jang Yoon’s words and actions will increase the mystery surrounding the drama. Please keep a close eye on his every expression and action.”

“I Wanna Hear Your Song” will premiere on August 5 at 10 p.m. KST, and will also be available on Viki with English subtitles! Check out their latest teaser here.