On July 22 local time, the American magazine published its list of “The 10 Best-Dressed Men of the Week,” and Jimin was the first name mentioned in its official Twitter post.

GQ singled Jimin out for an all-black, casual yet sleek, effortlessly stylish look that he sported at Seoul’s Gimpo International Airport on July 17. The magazine praised the chic ensemble as an example of “How to dress up at the airport—in 1993 and 2019.” 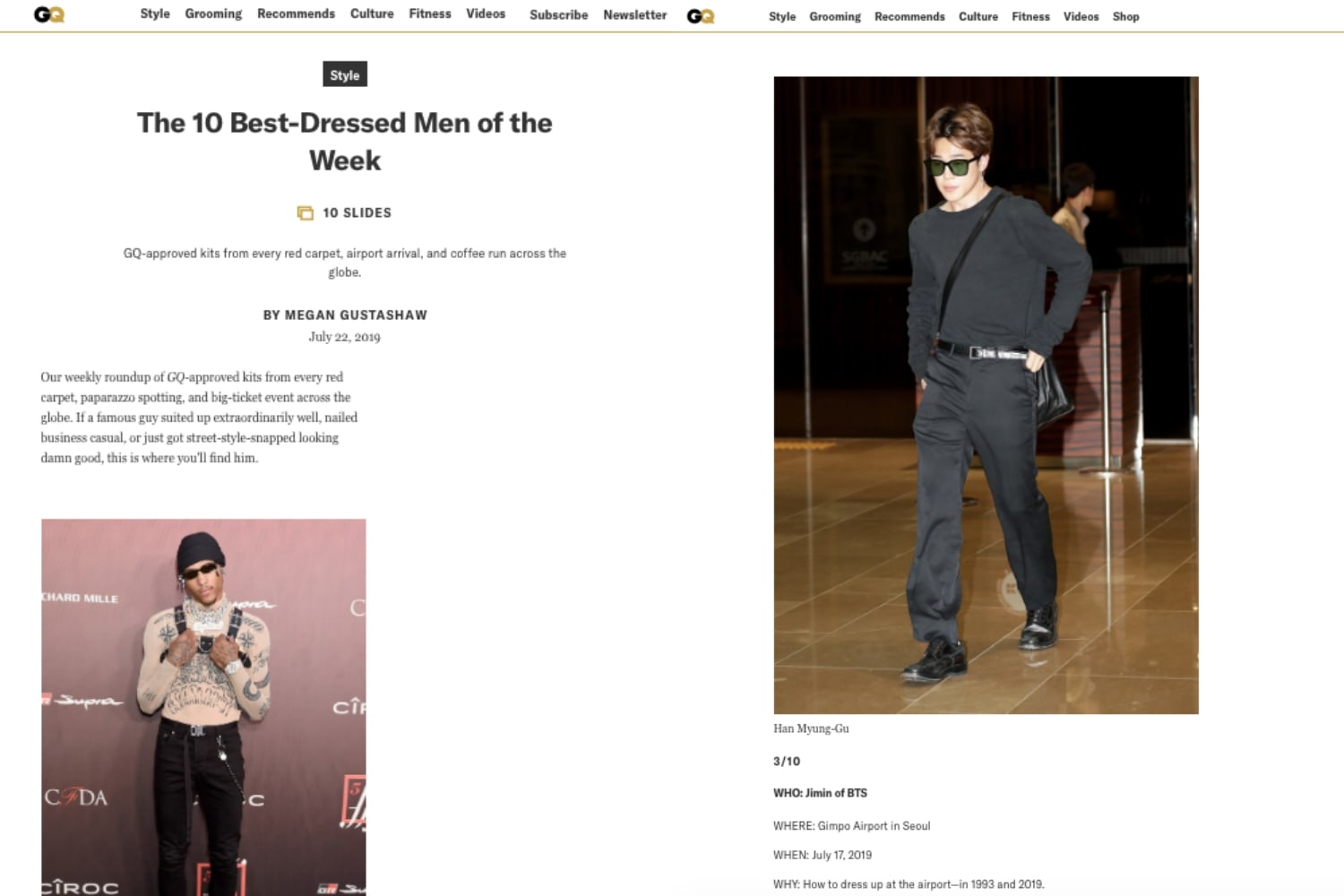 Do you have a favorite idol airport fashion look? Share your thoughts with us in the comments below!