“Rookie Historian Goo Hae Ryung” stars Cha Eun Woo as Yi Rim, a lonely prince who lives confined to his palace, and is secretly a popular romance novel writer. After he meets female historian Goo Hae Ryung (played by Shin Se Kyung), he learns of both love and life outside the palace.

In episodes one through four of the historical drama, viewers saw a glimpse of Prince Yi Rim’s life. In the corner of the palace where no one looks for him, he’s been living the double life as Maehwa, a popular romance novelist. As a result, he is forbidden from reading or writing a single book and is deeply distressed by his lack of freedom.

In the new photos, Yi Rim is enjoying freedom with his eunuch Sambo (played by Sung Ji Roo). They are riding their horses when suddenly Yi Rim sits up and looks alert, as if he is waiting for someone on the bridge. In other photos, Yi Rim looks around with caution and subtle excitement, while Sambo is panicked that something will happen to the prince. Viewers are already curious about what his outing outside the palace will be like. 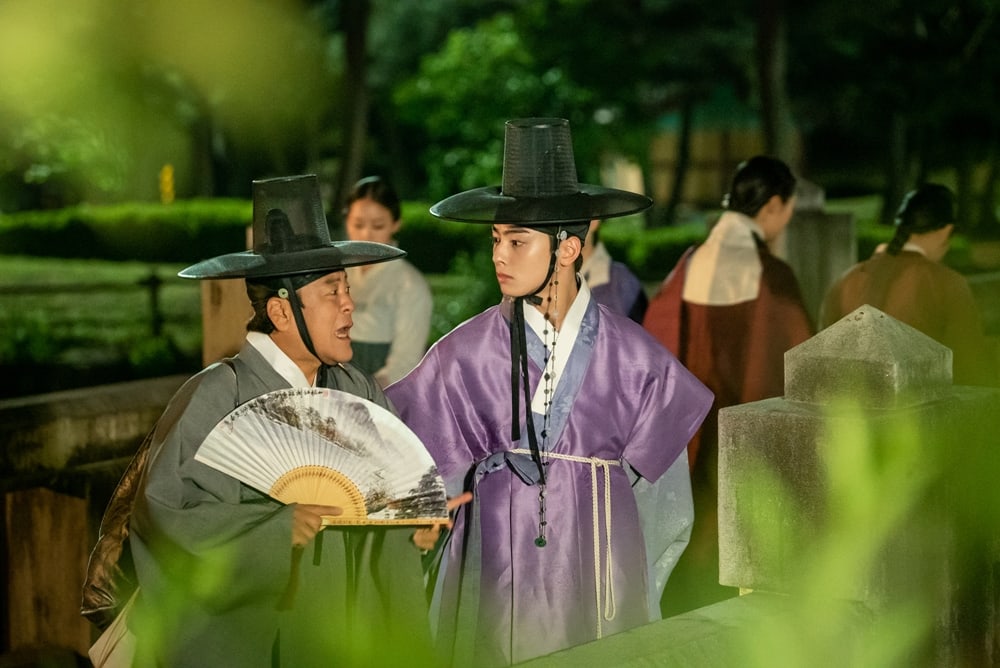 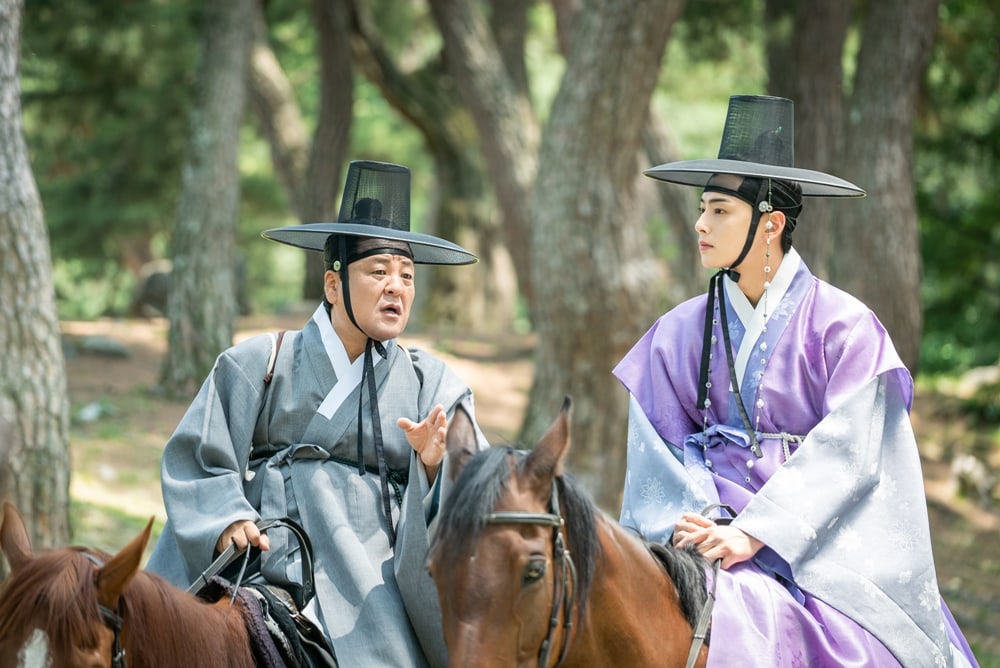 The production crew shared, “Yi Rim, who visits the temporary palace in Onyang, is expected to face a once-in-a-lifetime event, sending the drama into an unexpected direction. Please watch to see what makes him go into a panic.”