During the show, the two artists were faced with the question of whether they would look through their significant other’s cell phone if they knew their password.

Jun Hyosung said, “That’s an important question when it comes to dating. As for me, I’m the type to share my password with my significant other. If my lover was acting suspicious, I would definitely look through their phone.” When asked if she’d ever been caught doing that, she said, “Yes, I have.”

She added, “When someone feels uncomfortable, their behavior changes. In the past, we would just look at our phones comfortably together, but soon they started leaning away from me and hiding what was onscreen.”

Super Junior’s Shindong, who is one of the hosts on the show, said that he would not look at his girlfriend or friend’s phone, including the new messages that come up on their lock screen. Shin Dong Yup then flustered Ha Sung Woon by suddenly throwing the question in his direction.

Ha Sung Woon said that he would not and explained, “If there’s nothing on it, then it’s pointless, and I would feel a sense of guilt that I had looked at all.” 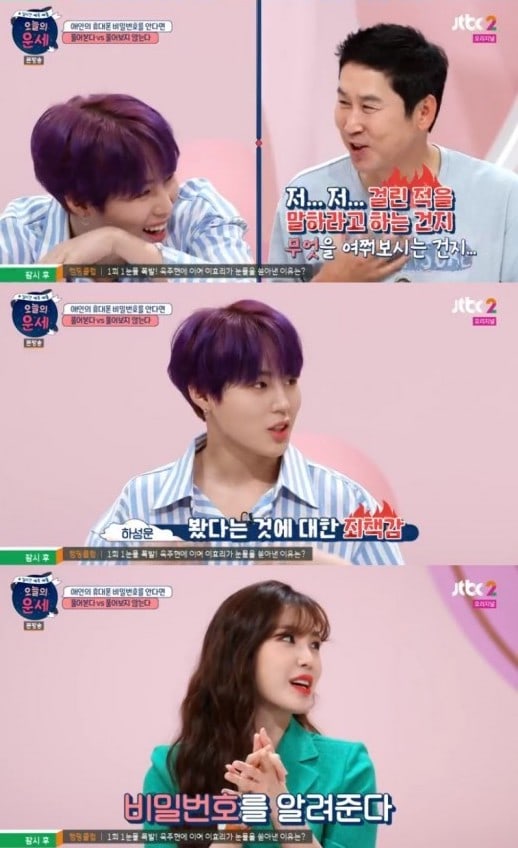 What would be your response to the hypothetical situation?

Jun Hyosung
Ha Sung Woon
How does this article make you feel?