Yeon Woo Jin, Kim Sejeong, Song Jae Rim, And Jiyeon Are Entangled In A Murder Mystery In “I Wanna Hear Your Song” Posters

“I Wanna Hear Your Song” is a new mystery romantic comedy about a timpanist named Hong Yi Young (played by gugudan’s Kim Sejeong), who loses all her memories of the night of a murder. After encountering a suspicious tone-deaf man named Jang Yoon (played by Yeon Woo Jin), she sets out on a quest to discover the truth.

On July 25, “I Wanna Hear Your Song” released two posters of its starring cast that highlight the drama’s unique duality.

The first poster hints at the romantic, lighthearted side of the drama, with Jang Yoon sweetly serenading Hong Yi Young with a nighttime lullaby. Because Hong Yi Young suffers from insomnia, she ends up relying on “evening calls” with Jang Yoon to help her fall asleep—but whether Jang Yoon’s singing will be able to cure her insomnia remains to be seen.

The poster also suggests that Jang Yoon may have ulterior motives for working part-time as an “evening caller,” with the caption teasingly reading, “His suspicious evening calls have begun!” 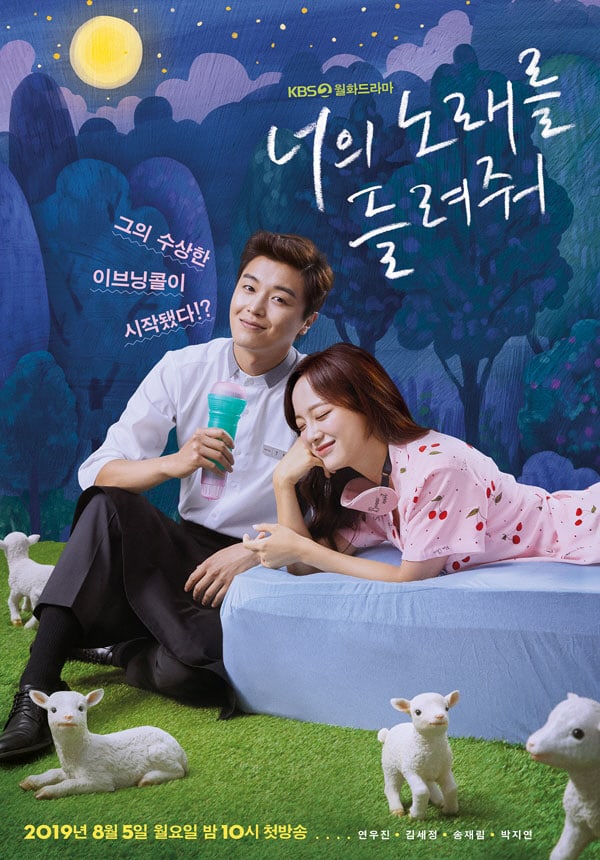 Meanwhile, the second poster captures the tension between its four leads, who are each shrouded in mystery. In addition to Jang Yoon, who seems to be gazing at something with trepidation, and Hong Yi Young, who wears an unknowable expression as she stares into the camera, the poster introduces viewers to two new characters: orchestra conductor Nam Joo Wan (played by Song Jae Rim) and violinist Ha Eun Joo (played by T-ara’s Jiyeon), who solemnly look off in different directions.

In keeping with the drama’s theme of music and musicians, the poster’s caption reads, “One year ago, we started playing different notes.” 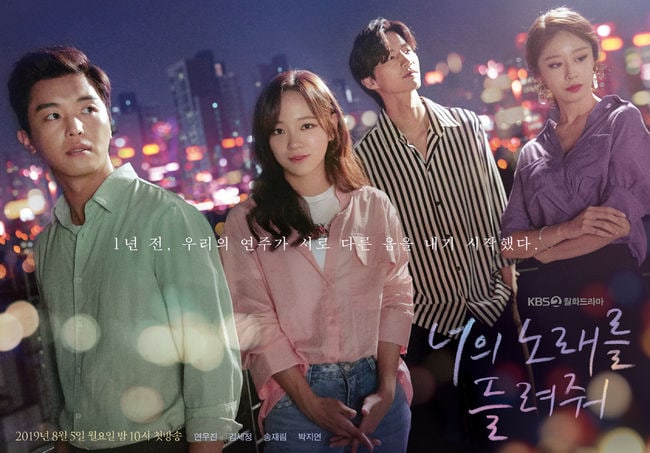 “I Wanna Hear Your Song” premieres on August 5 at 10 p.m. KST and will be available with English subtitles on Viki. In the meantime, check out a teaser for the drama here!