On July 25, Fantagio officially announced that Cha Eun Woo would be holding his first solo fan meeting tour of Asia this fall. The upcoming tour will take the idol-turned-actor to five different cities across Asia, kicking off in Hong Kong on October 19 before heading to Taipei on October 20, Bangkok on October 23, Manila on October 26, and Kuala Lumpur on October 27.

The name of Cha Eun Woo’s tour will be “Just One 10 Minute,” a reference to the name of the Naver V Live broadcasts through which he has regularly communicated with his fans since his debut. According to Fantagio, the ASTRO member hoped to create even better memories with his fans abroad by actually spending time with them in person. 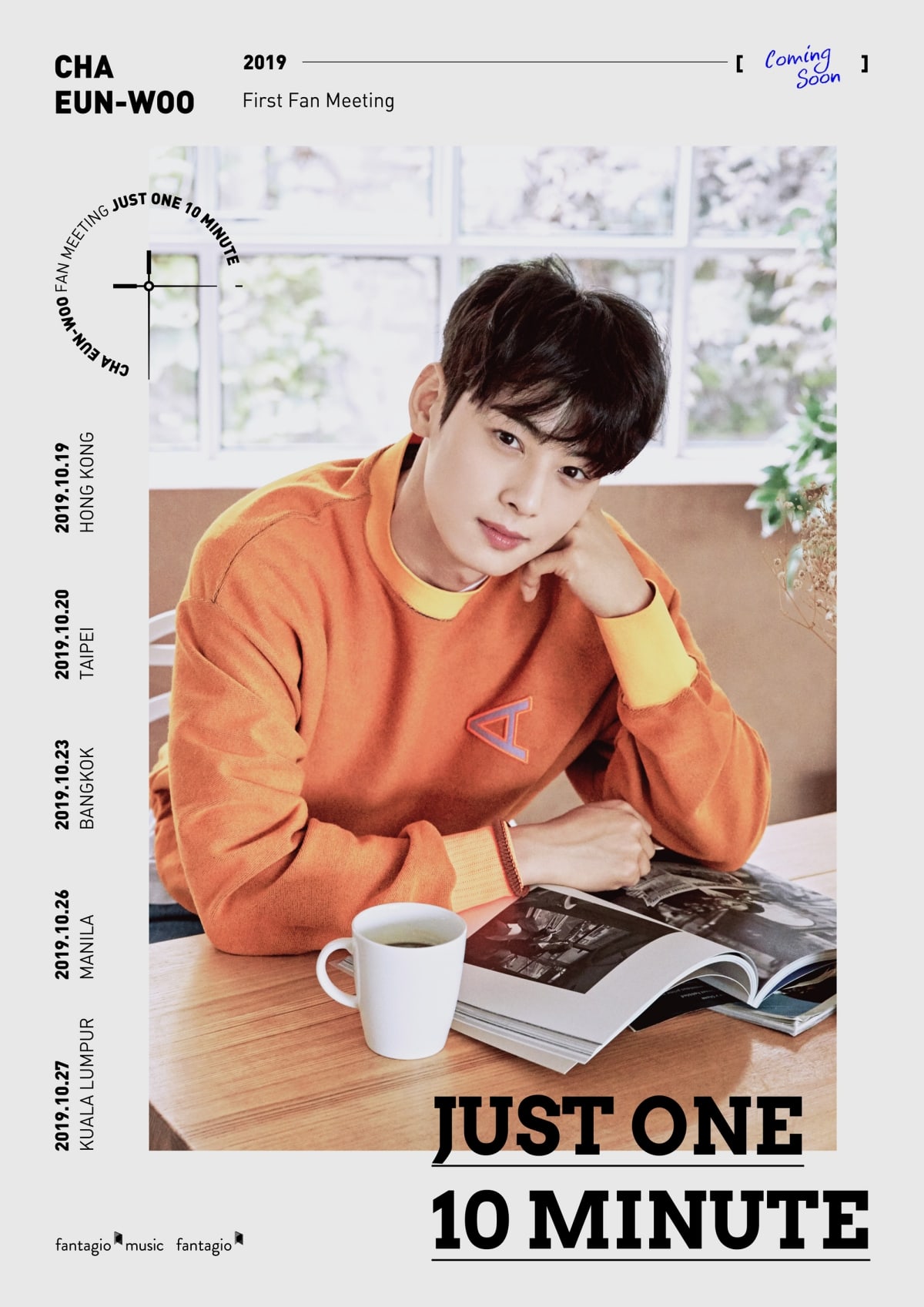