EXO-SC participated in a fun interview with MBC’s “Section TV”!

On the July 25 episode, EXO’s newest unit appeared to promote their first mini album “What a Life” with interviewer 9MUSES’s Kyungri.

“The two of us hang out together often outside of our schedules,” began Chanyeol. “I thought that our vocals and looks matched well together, so I suggested [a unit] first.”

Introducing one of their title tracks, Sehun said, “‘What A Life’ is about having fun and working hard at whatever you do. It has a good message of having fun while working.” Chanyeol added, “While working on it, we focused on the hope that people will feel healing through our music.”

Dynamic Duo’s Gaeko participated as a producer on EXO-SC’s debut album. Chanyeol explained, “An idea about a producer came up and the first person I thought of was Gaeko. He gladly accepted and said that it would be fun so we had fun working together.”

When asked if the other EXO members were jealous of their unit promotions, Sehun replied, “There was no need for that. They cheered us on a lot. Kai reacted while watching our MV. Seeing that, I thought about how our members are showing their support in their own places and that we only have each other.” 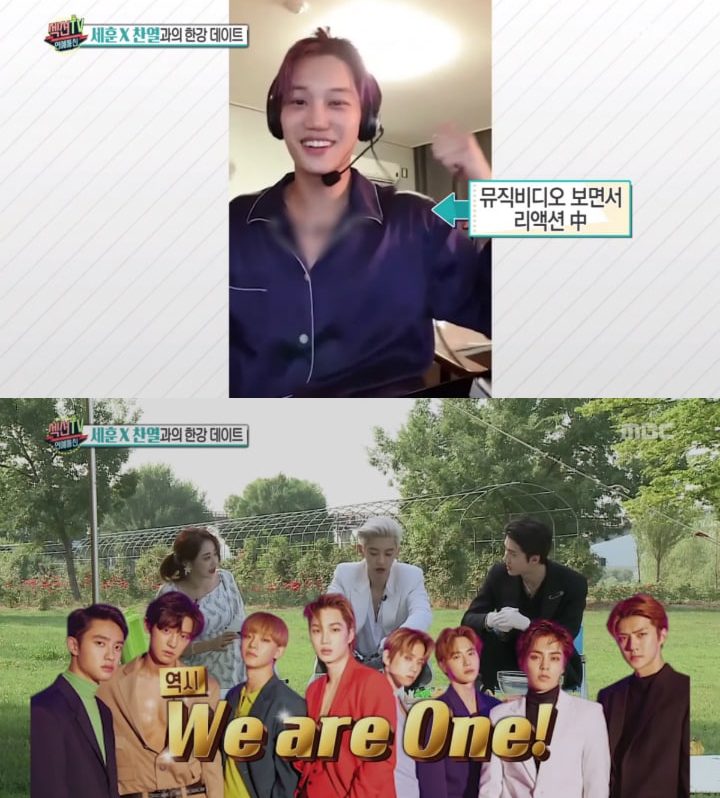 EXO-SC gave their candid answers to more questions. In response to being asked if they thought they’re in the top three ranking of EXO’s visuals, Chanyeol replied yes while Sehun said no. Chanyeol explained, “I think [everyone] is a one, but I think that I’m No. 1 out of them.” Sehun said, “I think I’m about third or fourth.”

He continued, “I like basketball a lot and I always ask my manager to film clips of me when we go to play basketball together. I only watch that clip that night. I look so cool.”

Check out EXO-SC’s MV for “What A Life” here!

EXO
Section TV
EXO-SC
How does this article make you feel?