Kang Daniel’s solo debut is off to a good start!

On July 25, Kang Daniel released his first album “Color On Me” and debuted as a solo artist.

His title track “What Are You Up To” also settled in the top spot on real-time charts of domestic music sites including Bugs, Naver, and Soribada. 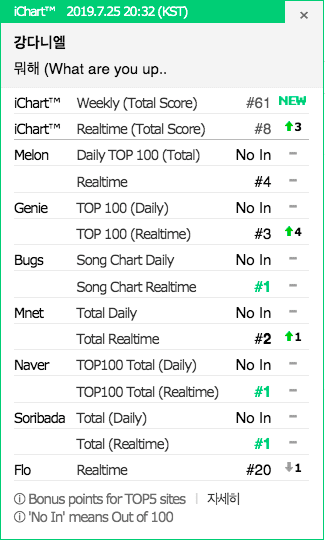 Kang Daniel gained much popularity in Mnet’s “Produce 101 Season 2” and placed No. 1, debuting in the center position of Wanna One.