Tony Ahn Fires Back At Malicious Comments About H.O.T. Fans And Opens Up About Struggling With Mental Health

On the July 26 episode, Tony Ahn and rapper BeWhy appeared as guests to clear up rumors and misconceptions about them.

Tony Ahn read out loud a hate comment ridiculing people who are still fans of H.O.T. then said, “I don’t accept this. It’s okay to criticize me, but the old ladies you’re talking about here could be your mother or older sister.”

He read out loud another hate comment that said, “These old men are really overselling nostalgia. It’s so disgusting.” Denying this, Tony Ahn said, “I think that we’re sharing in our memories together and don’t think we’re commercializing nostalgia.” 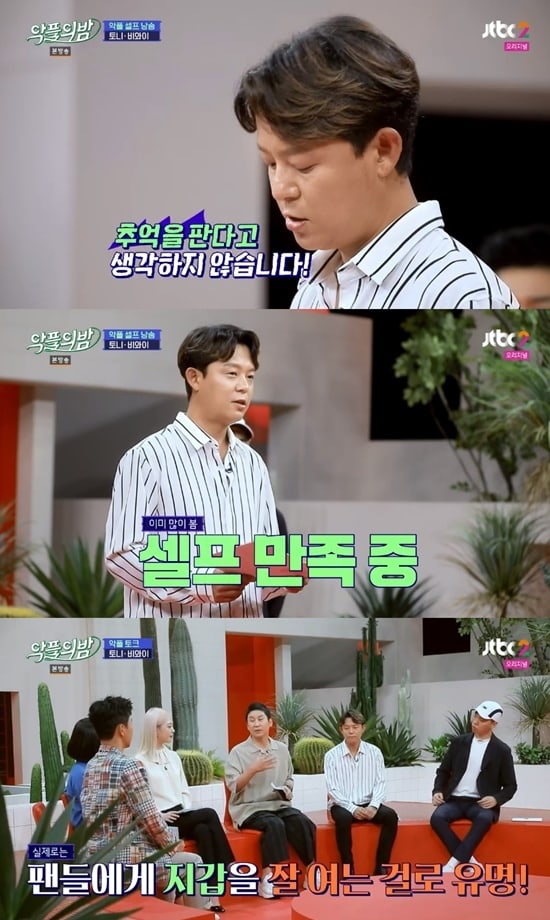 The third hate comment read, “It’s annoying that Tony Ahn doesn’t do anything on ‘Animal Farm’ and earns money. He’s worse than Shin Dong Yup at earning a wage without any effort.” Tony Ahn replied, “It’s true that I don’t do anything, but I only receive one-fifth of the normal appearance fee. And this was a raise after my one-year anniversary.”

Tony Ahn then sat down to talk more in detail about these comments and the truth. “Our fans are family who have been with us for 20 years,” said the H.O.T. member. “It’s a malicious comment about my family, so I can’t help but get angry. Anyone can have something they enjoy and like as they live life.”

He continued, “I had a disease during my H.O.T. years. When I could feel someone looking at me at a restaurant, I’d just put down my spoon and walk out. I felt a lot of burden when I was young, but I now want to live in the company of people.”

Tony Ahn revealed, “The reason why I was unable to take care of my image after a certain point was because I was mentally pained while taking care of my image. I couldn’t do anything for four to five years. I was hurting so much to the point where I had thoughts about going to extreme measures. I then learned to let things go and am now living with a peaceful mind.” 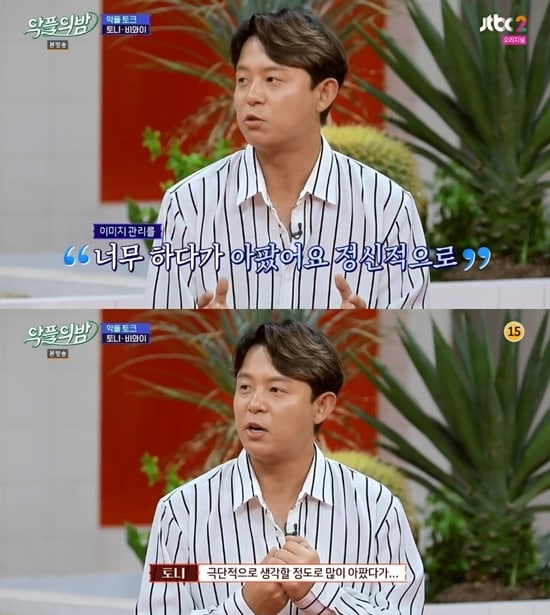 As for the hate comment that said, “Live your life while being grateful for Lee Soo Man and your fans from back then. Every time I see him, I’m fascinated as to how he makes a living without any talents or skills. He’s someone without a single talent as a celebrity.”

“I also lived my entire life while wondering why I became a member of H.O.T.,” revealed Tony Ahn. “I asked Lee Soo Man at the agency’s 10th anniversary, and he said it was because of batteries. I auditioned in the United States with [Shinhwa’s] Andy. I auditioned in the middle of a park, but the batteries in the CD player ran out and music cut off during the audition. I ran around for 40 minutes and bought batteries. During that time, Andy continued a conversation with Lee Soo Man.” 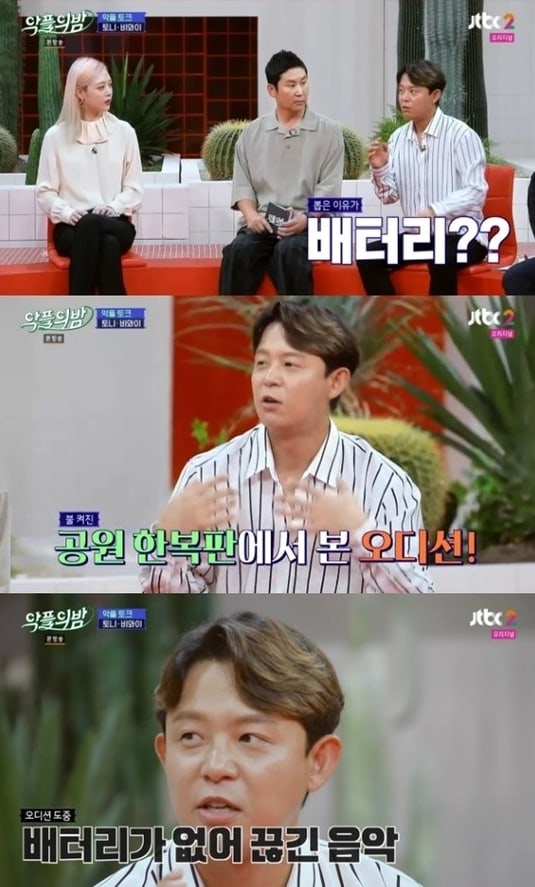 “Night of Hate Comments” will soon be available on Viki! In the meantime, check out the trailer below:

H.O.T.
Tony Ahn
Night of Hate Comments
How does this article make you feel?