Watch: EXO-SC Shows Off Their Dogs And Plays With Animals On “My Little Television 2”

EXO-SC had fun with animals on MBC’s “My Little Television 2”!

On the July 26 episode, Chanyeol and Sehun appeared on the variety show for the first time. Viewers were excited to see the idols and flooded the chatroom with messages and donations in record speed.

EXO-SC said hello to viewers and introduced their dogs Toben and Vivi. Sehun showed off Vivi’s tricks including responding to the commands “sit,” “down,” and “nose.” Chanyeol, on the other hand, had some difficulty with Toben who ran away after eating a treat.

They then invited an African grey parrot named Lala onto the show. Lala greeted Chanyeol and Sehun by saying hello, talked with her trainer, and impersonated others. 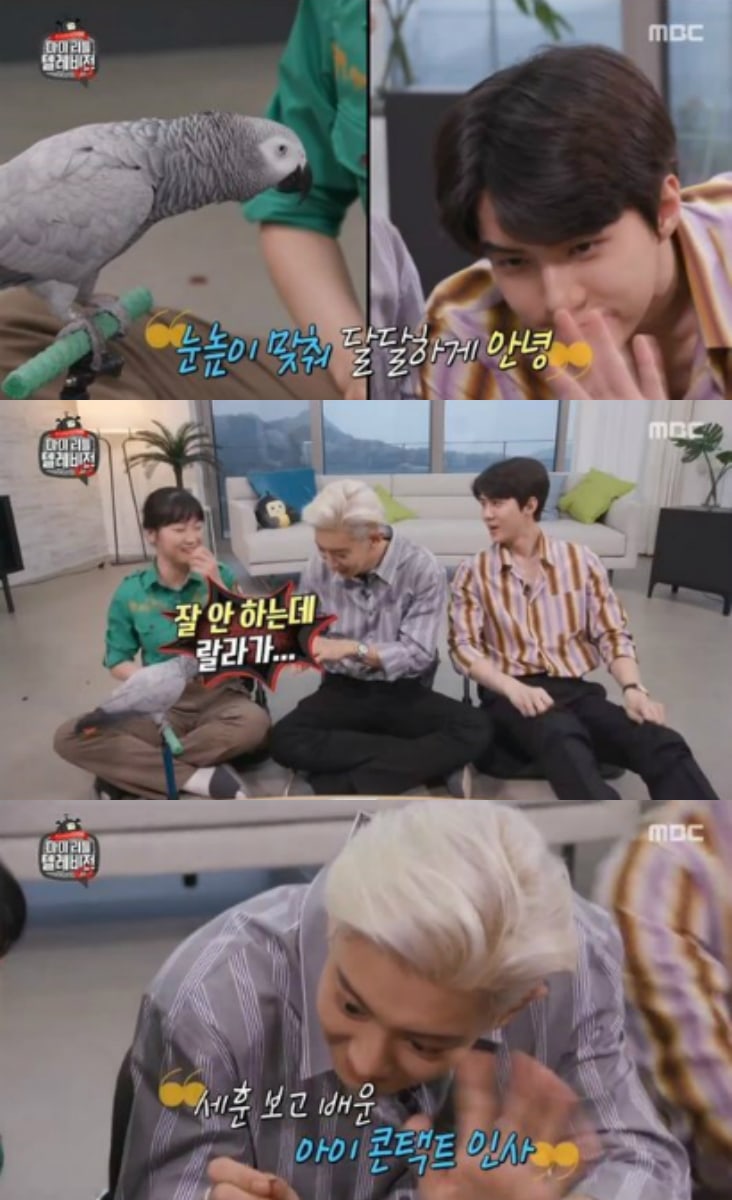 Meerkats also came to join the idols on set. Chanyeol said, “I raised a ferret when I was young and they’re a bit similar.” Sehun made everyone laugh when he was surprised by a meerkat that suddenly approached him. Chanyeol tried to give the meerkats a treat, but accidentally spilled the entire cup of mealworms. Sehun said, “It’s a party! Bring all of your friends.”

The final animal guests were baby raccoons. Chanyeol successfully bottle-fed and burped the animal, but Sehun struggled to feed the baby raccoon. He made the others laugh when he said, “What do I do?” 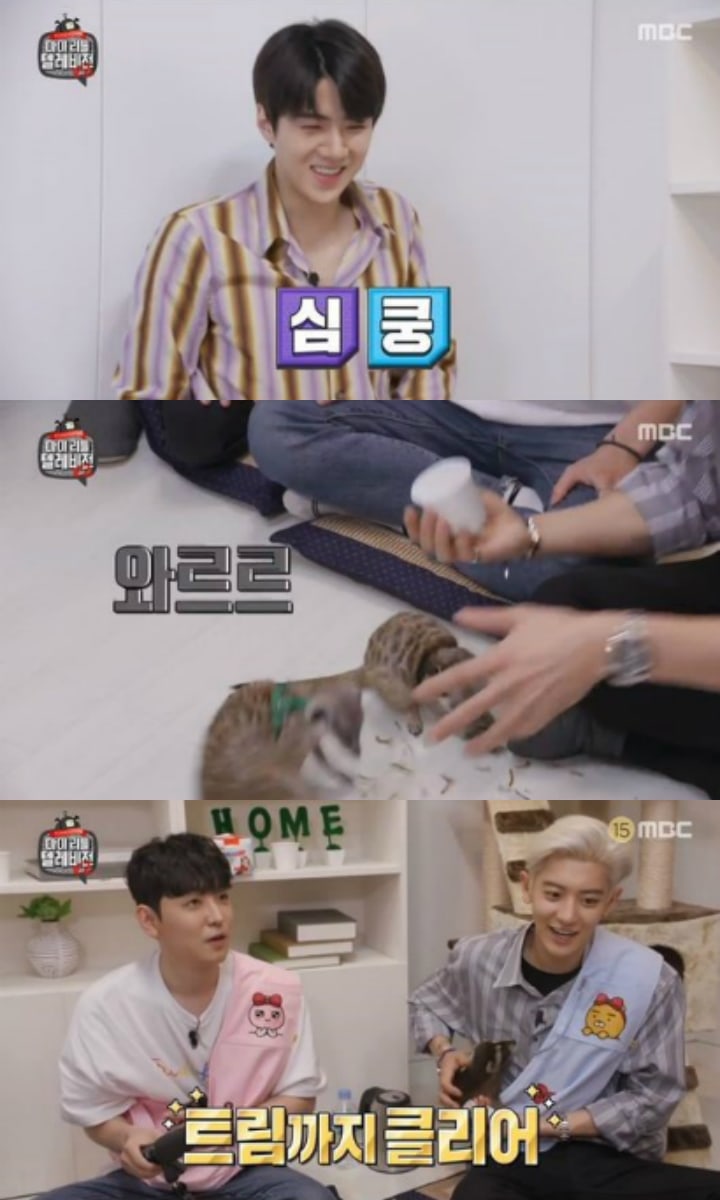 Check out a clip below:

EXO
Sehun
Chanyeol
My Little Television 2
EXO-SC
How does this article make you feel?