The Rose is headed stateside for their world tour!

The band has announced that they’ll be opening their “We Rose You Live” world tour with a concert in Seoul on August 17 before performing in nine cities in the United States.

Presale tickets for the U.S. shows will be available on July 30 at 3 p.m. local time for MyMusicTaste users that requested The Rose in the cities below. General ticket sales for the public will open on August 1 at 3 p.m. local time. Find out more information about the tour and how to purchase tickets here!

Check out their list of dates and locations below:

More cities are to be announced! 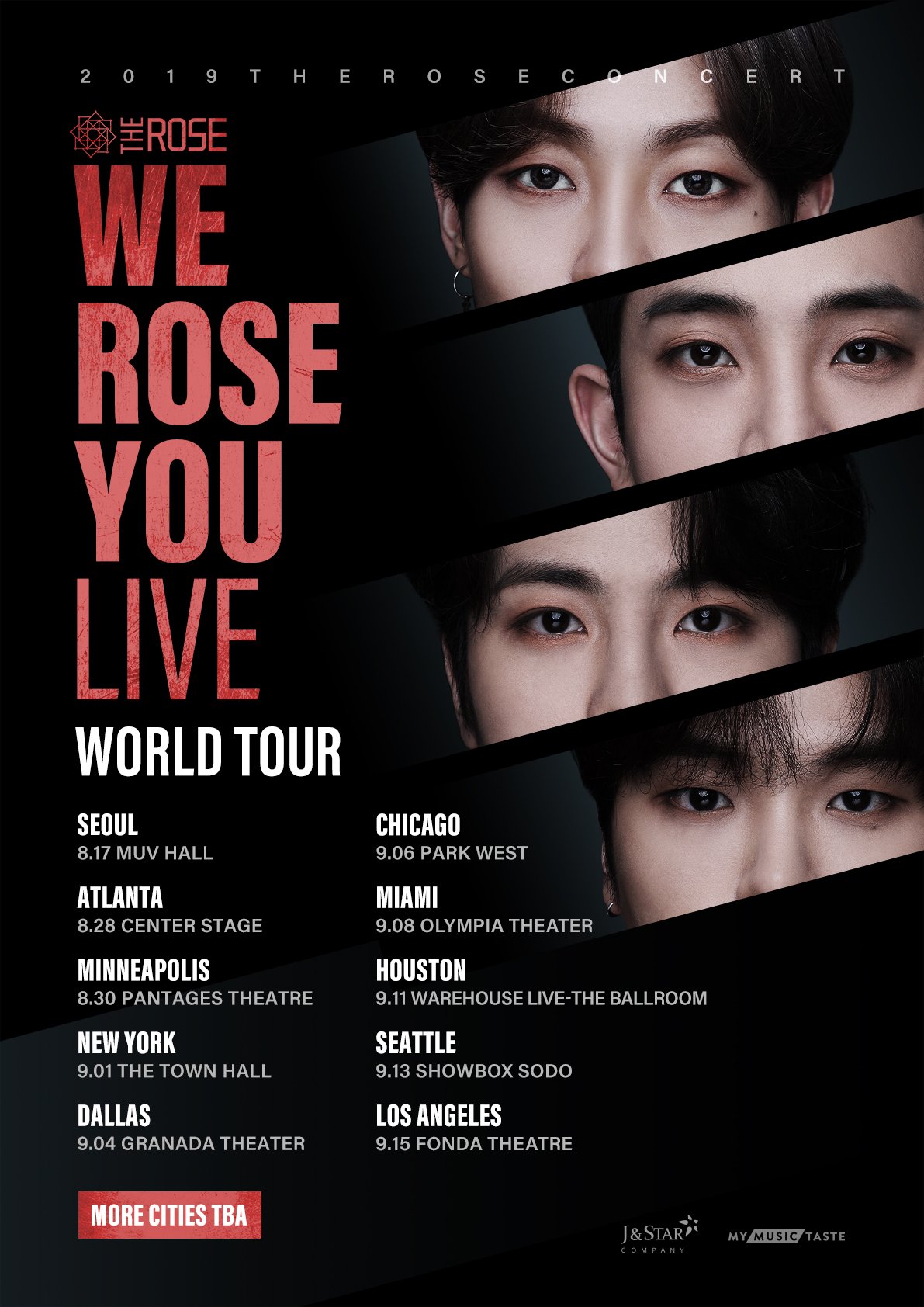 The Rose is a 4-member band who made their debut in August of 2017. They most recently released their mini album “Dawn” in October and competed on the JTBC show “Superband.” On July 25, member Woosung made his solo debut with “FACE.”

Are you hoping to see The Rose on tour?