On the July 26 broadcast of JTBC’s variety program “Night of Hate Comments,” Sulli talked about her friendship with Yoo Ah In.

Sulli said, “Ah In oppa and I talk about different projects a lot. We were going to work on something together, but it ended up falling through. Although it feels like I’m the one that fell through.”

She added that afterward, Yoo Ah In asked her to do a drama together, but she declined. “At the time,” said Sulli, “it wasn’t the drama that I wanted to do, so I turned down the offer. I met Ah In oppa not long ago, and he said to me, ‘You’re the first person to turn down a proposal from me.'” 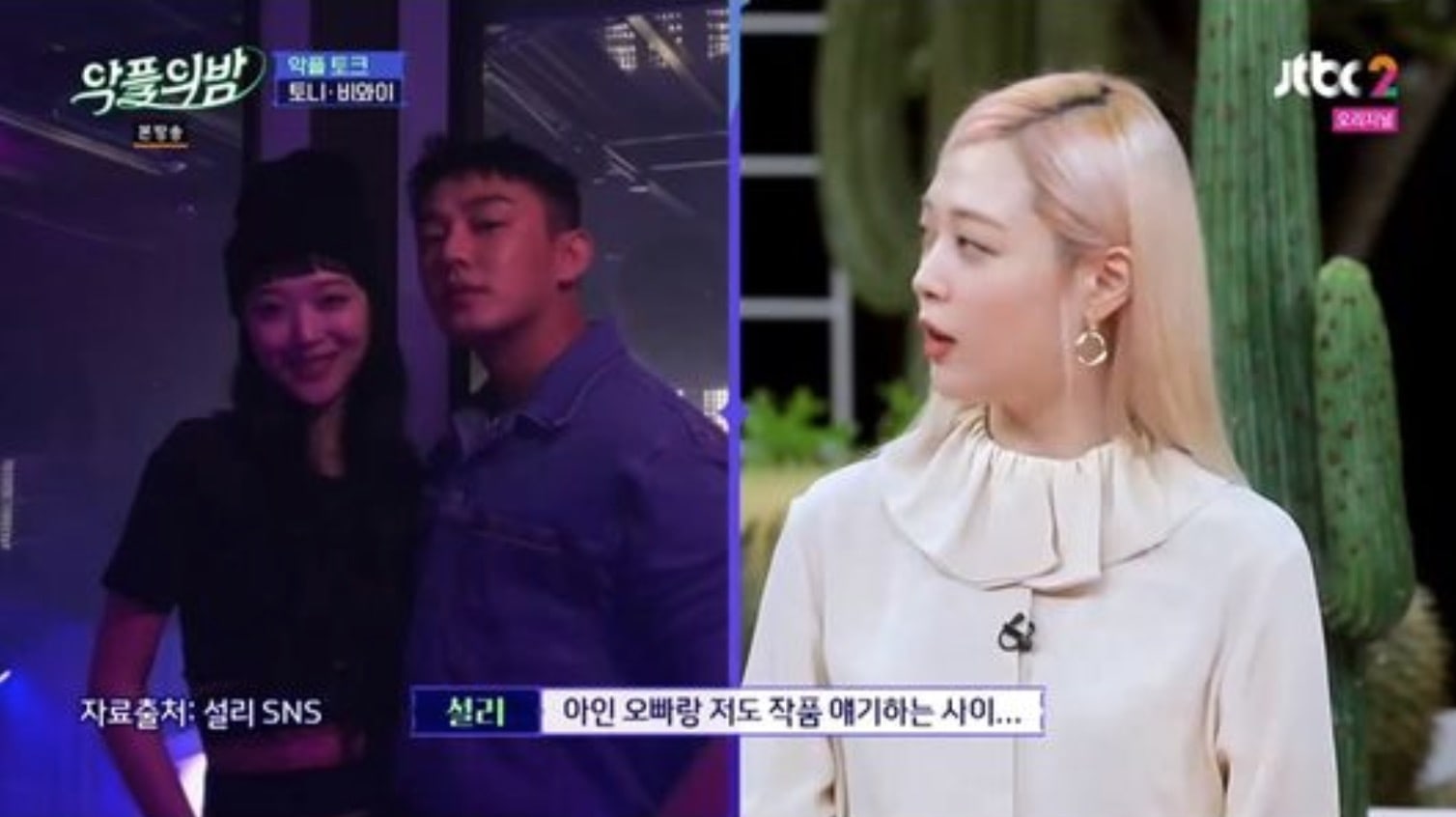 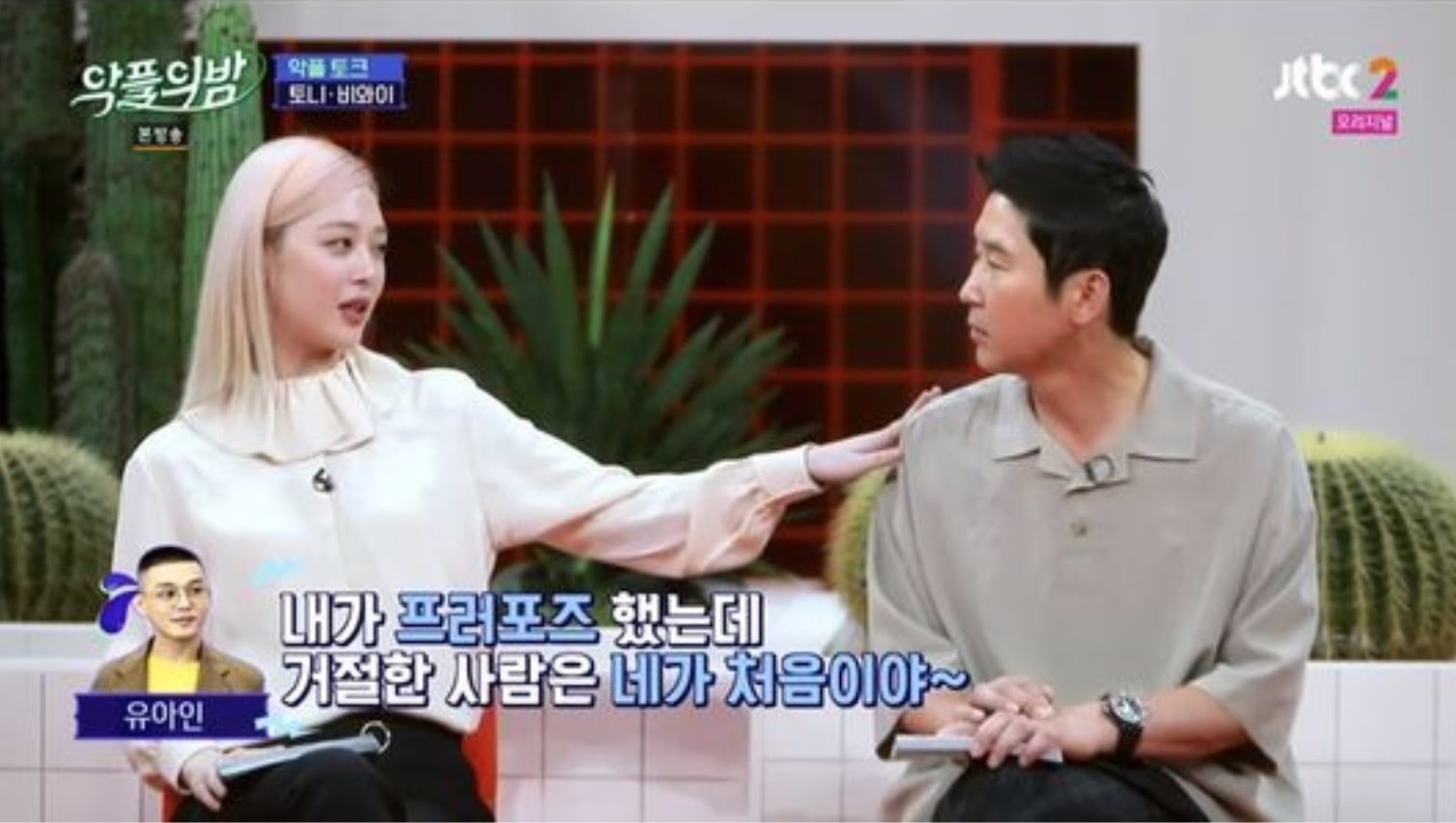 Sulli
Yoo Ah In
Night of Hate Comments
How does this article make you feel?