In a recent interview and pictorial for The Star magazine, Lovelyz’s Mijoo shared how her feelings about hate comments have changed over time.

Not only did Mijoo pose for a shoot that will be featured in the magazine’s July-August issue, but she also became its first “star editor,” meaning that she was personally involved in choosing the concept and styling for her pictorial.

“When I heard that I had been chosen as The Star’s first star editor, I was amazed and couldn’t believe it,” she humbly remarked. “I often strike unusual poses on my way to work, and the reason I started doing that was because I wanted to pose for magazine shoots more often. Now, those photos of me on my way to work have become one of my strengths.”

As the MC of JTBC’s beauty program “My Mad Beauty,” Mijoo also shared some beauty tips. The idol emphasized the importance of ingredients, explaining, “I mainly focus on my skin. While filming the program, I learned a lot from [fellow MCs] Han Hye Jin and Park Na Rae, who were on the show with me, and they told me that the ingredients are what’s most important. I look for ingredients that are organic and are well-suited to my skin.” 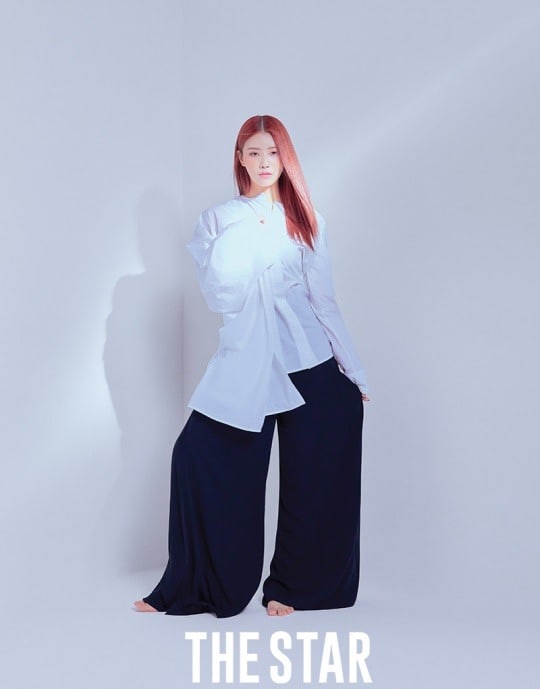 When asked about her signature playful energy, Mijoo mused, “Even I don’t know when exactly my personality first became this energetic and fun-loving. I’m guessing that it’s because I grew a lot closer to my fans after debuting?” She went on to add, “If I hadn’t become a celebrity, I think I would have become a kindergarten teacher. With my energy, I don’t think I would be exhausted even after playing with children all day.”

As for how she felt about the many hate comments she’s received, Mijoo said confidently, “In the past, they used to hurt my feelings, but now that there are so many more people who like me, I don’t worry about them too much. I don’t want to change myself because of those kinds of people.”

However, the Lovelyz member did recall a time when she became deeply upset after reading comments on an article about herself.

“Once, there were hate comments on an article about me, and beneath those hate comments, I saw that someone had written the comment ‘Mijoo is pretty,'” she said. “Anyone could see that it was my mom’s user ID. I broke down sobbing after seeing that.” 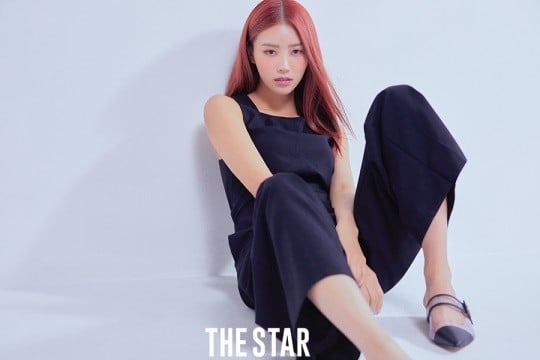 Finally, in response to a question about the happiest moment of her career, Mijoo replied, “It was the moment I debuted. I was so desperate [to debut].” She added earnestly, “I hope Lovelyz grows more in the future. That’s both my goal and my dream.”

Watch Mijoo in the latest episode of “My Mad Beauty” below!

Lovelyz
Mijoo (Lovelyz)
How does this article make you feel?