tvn’s “Hotel Del Luna” has shared a fun glimpse of its upcoming episode!

“Hotel Del Luna” is a new “fantasy horror romance” drama starring Yeo Jin Goo as Goo Chan Sung, a hotelier who ends up running a hotel for ghosts, and IU as Jang Man Wol, the ageless owner of the hotel. Both characters are not exactly what they seem—despite Goo Chan Sung’s self-assured, confident attitude, he turns out to be terrified of ghosts; and though Jang Man Wol seems cold and unfeeling on the outside, she secretly harbors deep emotional wounds from the past 1000 years.

On July 27, the drama unveiled new stills of its two leads going shopping together on the show’s next episode. The newly released photos feature IU looking stylish and elegant as she sports a black dress with gloves, pearls, and even a tiara reminiscent of Audrey Hepburn’s iconic look in “Breakfast at Tiffany’s.”

After a glittering store display catches her eye, a distracted Jang Man Wol hilariously thrusts the coffee and sandwich she was eating into Goo Chan Sung’s hands as she rushes to shop for jewelry. Drawn to the many beautiful jewels on sale, Jang Man Wol muses sadly, “Why is that we only have 10 fingers? Because of that, we can only wear 10 rings.” 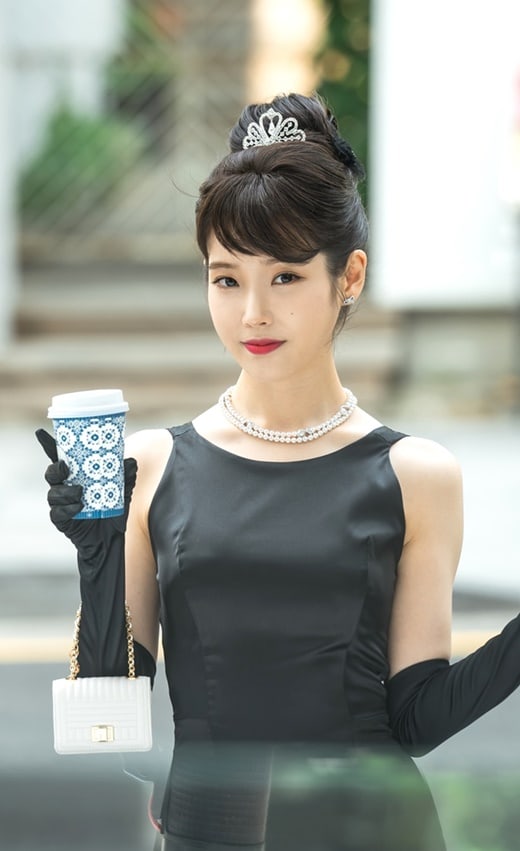 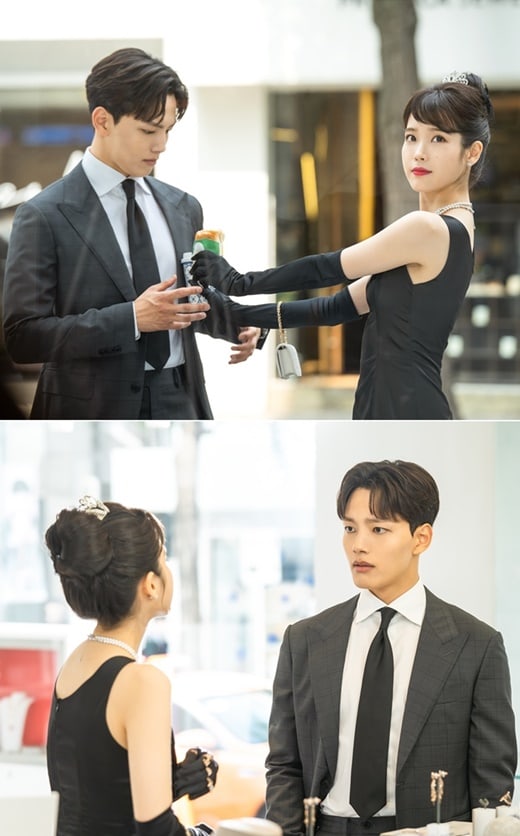 To watch Goo Chan Sung and Jang Man Wol’s adorable bickering over her shopaholic tendencies, tune in to the next episode of “Hotel Del Luna” on July 27 at 9 p.m KST!

In the meantime, you can catch up on the latest episode of the drama with English subtitles below: