JBJ had a mini reunion on MBC’s “Idol Radio”!

The recent episode of “Idol Radio” featured guest appearances by Kim Dong Han, HOTSHOT’s Roh Tae Hyun, and JBJ95. The four of them had once promoted together as the project group JBJ after Mnet’s “Produce 101 Season 2.”

JBJ95’s Sanggyun sounded excited as he said, “This is our first time in a while gathering together like this, so I think we’ll be able to create a unique energy here.” Kim Dong Han also added, “I’ve been promoting as a solo singer for a while, so it feels nice and comfortable to do something together. I think I’ll go home today with a lot of fun energy and strength.” 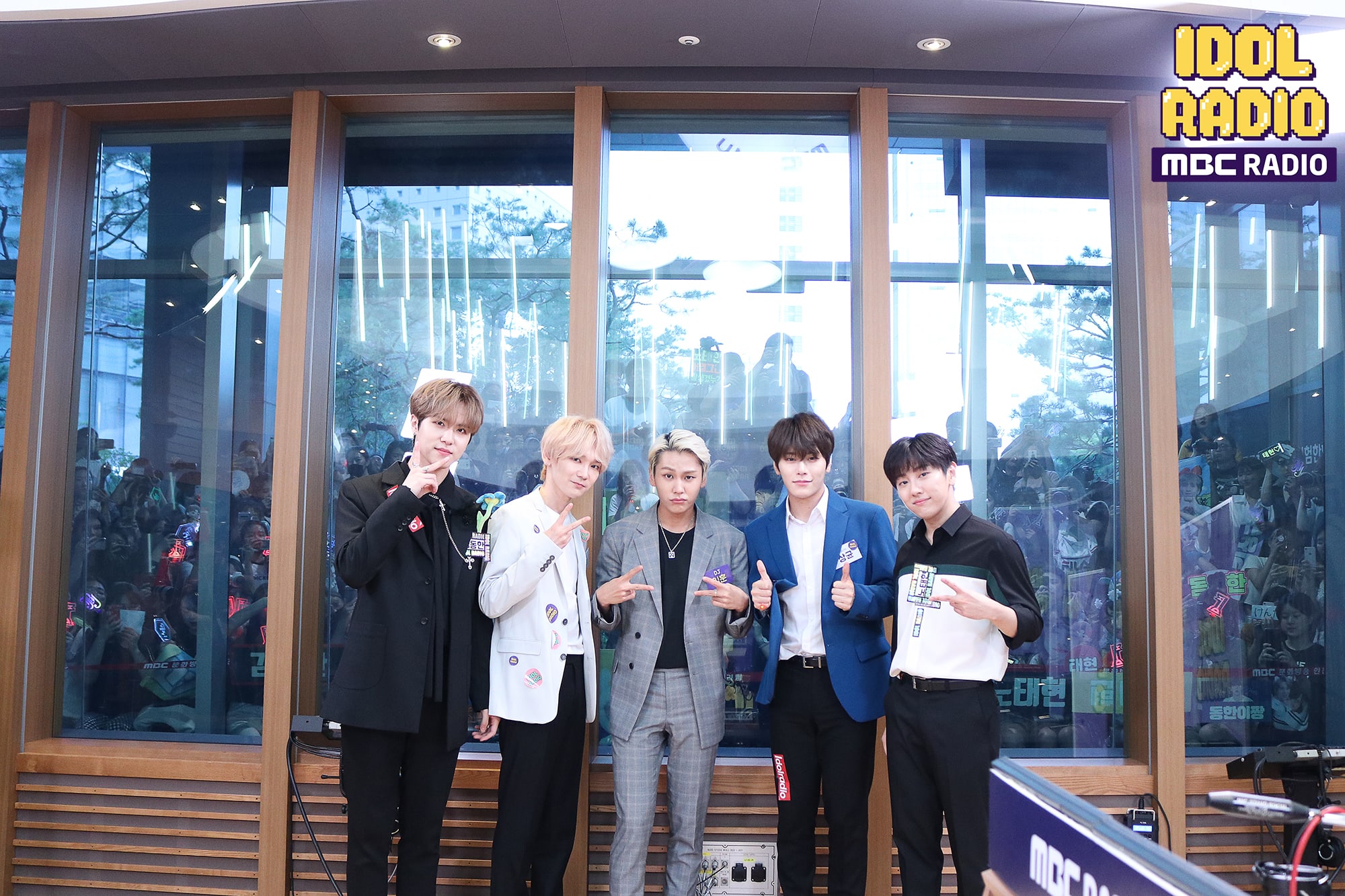 Roh Tae Hyun talked about how this was their first time meeting on a broadcast in half a year and said, “In the waiting room, we caught up on what we’ve each been doing.” He talked about wrapping up his appearance in the musical “Mefisto” and returning as an idol singer while JBJ95 talked about preparing for their upcoming album. Kim Dong Han shared that he’s preparing for a fan meeting in Thailand.

Many fans gathered at the MBC studio to show their love for the idols, and all four of them were touched by the show of support. JBJ95’s Kenta said, “We’re grateful that so many people came today. I’m so touched that I’m not sure how to express myself in words. I had so much fun today and I hope we have another opportunity to all gather together like this again.” He wrapped things up by saying, “I hope everyone continues to support each of our individual activities.”