D1CE’s Woo Jin Young recently opened up about the debut group from JTBC’s “MIXNINE” being canceled.

During the first episode of Mnet’s “Show Me The Money 8” that aired on July 26, Woo Jin Young opened up about his struggles on the road to making his debut.

Woo Jin Young first appeared on Mnet’s “Produce 101 Season 2” but was eliminated. Afterwards, he appeared on “MIXNINE” and ended the show in first place, only for plans for the group to be canceled. He said, “I felt so much excitement and anticipation for my debut, so I struggled a lot (when it was canceled). I had just been waiting with the thought that I was going to debut, so I wasn’t expecting the cancellation at all.” 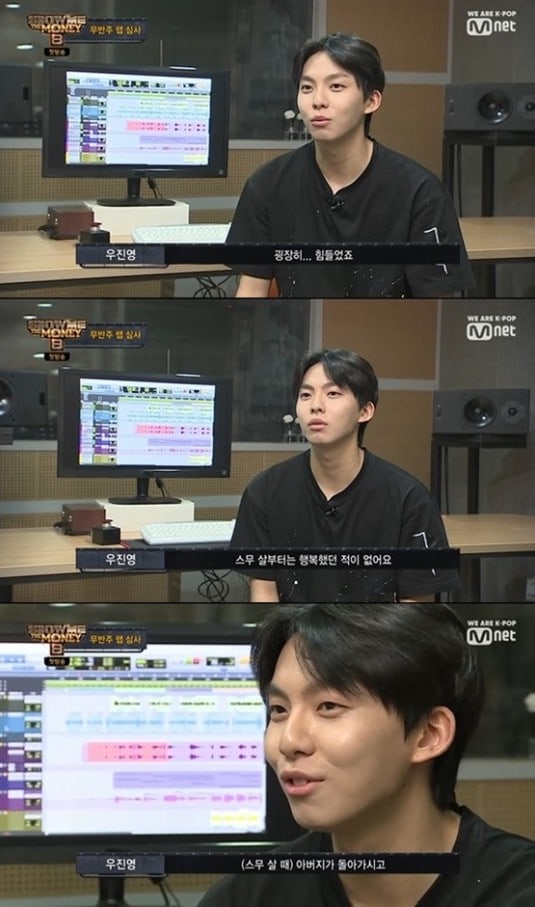 He went on to say, “To be honest, I’ve never been happy since I turned 20. After my father passed away, I appeared on ‘Produce 101 Season 2’ but was eliminated, and then I came in first place on ‘MIXNINE’ but I couldn’t debut.” Woo Jin Young added, “Some people may not look kindly upon an idol trainee appearing on ‘Show Me The Money,’ but I want to share my story with people through my rapping.”

Woo Jin Young showcased his skills on the show, but he unfortunately didn’t make it past the first round of auditions.

However, Woo Jin Young’s story is not over yet as he is currently preparing to make his debut as a member of new boy group D1CE, who will release their mini album “Wake up: Roll the World” on August 1.

Produce 101 Season 2
Woo Jin Young
MIXNINE
D1CE
Show Me the Money 8
How does this article make you feel?