Upcoming tvN drama “Catch the Ghost” has released photos of its cast in uniform, as well as a new teaser clip!

The teaser photos are done in the style of “police badge photos,” with each cast member looking smart in their neat police uniforms and looking into the camera with a friendly expression. The cast is divided between the members of the regional investigative unit and the members of the local subway police.

Moon Geun Young plays a passionate rookie recruit in the subway police while Kim Seon Ho plays her rule-abiding superior officer. Jung Yoo Jin, who plays the squad leader of the investigative unit, and Ki Do Hoon, who plays a detective, are known as the “ace combination” of the unit. Jo Jae Yoon’s character has been working as a subway police officer for 17 years, while Ahn Seung Gyun has only one year of experience as a detective. 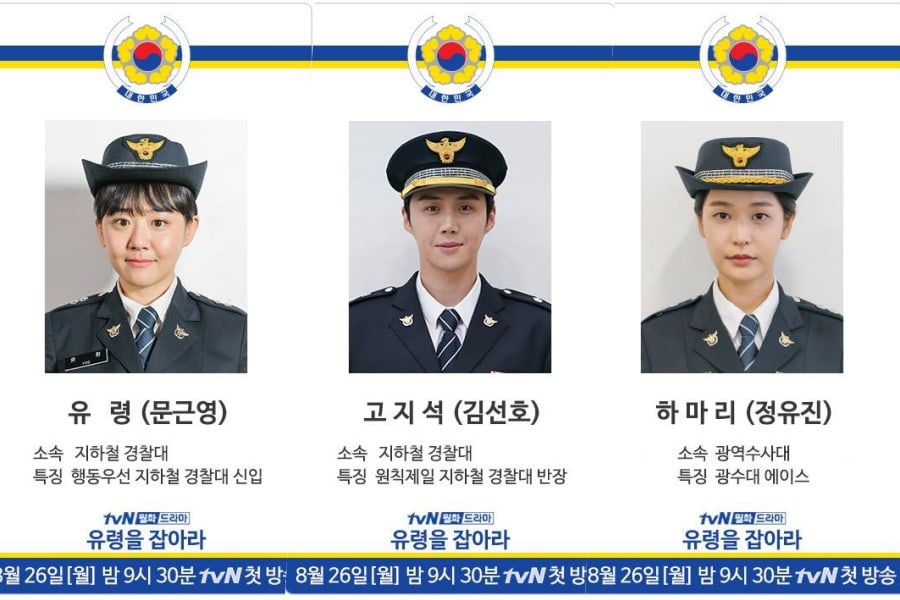 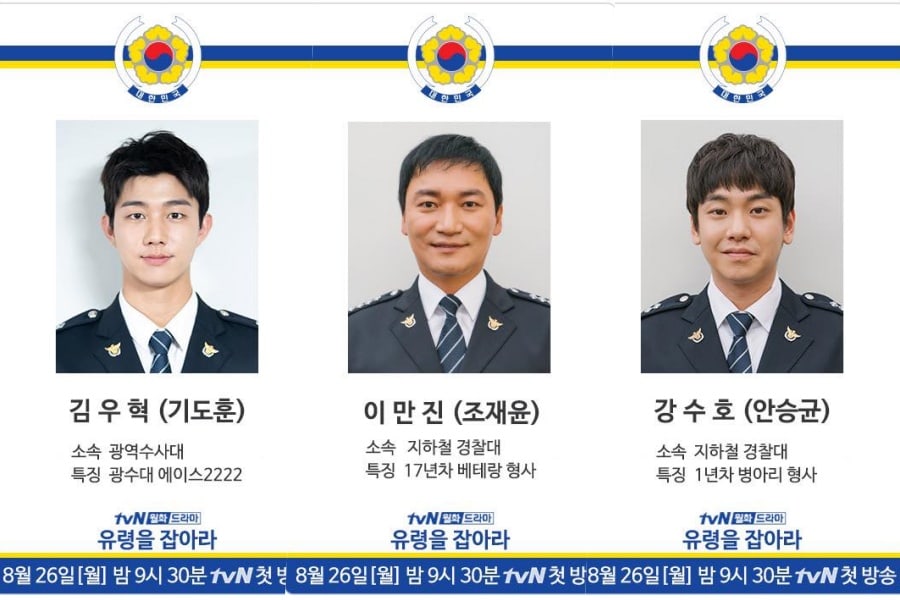 On July 27, tvN also dropped a teaser clip in which Moon Geun Young describes the various crimes that can take place on the crowded Seoul subway system, including illegal filming and theft. The camera then pans to Kim Seon Ho and Moon Geun Young (not in uniform) as she says, “These are the people who protect the safety of the subway.”