Jung Kyung Ho and Park Sung Woong talked about their legendary bromance on the latest episode of “Amazing Saturday”!

The two actors, who will be starring together in the upcoming fantasy drama “When the Devil Calls Your Name,” appeared as guests on the July 27 episode of the tvN variety show. After they had introduced themselves, host Boom pointed out that in addition to their upcoming drama, they had also worked together on OCN’s remake of “Life on Mars” last year.

“I hear that you two [are so close] that if one of you isn’t on set during filming, the other one misses him achingly,” said Boom. “In fact, I saw that there was even an interview in which Sung Woong said, ‘If Kyung Ho had been a woman, I would have seduced him no matter what.'”

Park Sung Woong hastily interjected, “Wait, why did you leave out the first part? I said, ‘If I weren’t married!’ I’m a married man.”

Boom then asked Jung Kyung Ho for his opinion, and the younger actor shocked everyone on set by jokingly replying, “I’d have seduced him even if he were a man.” 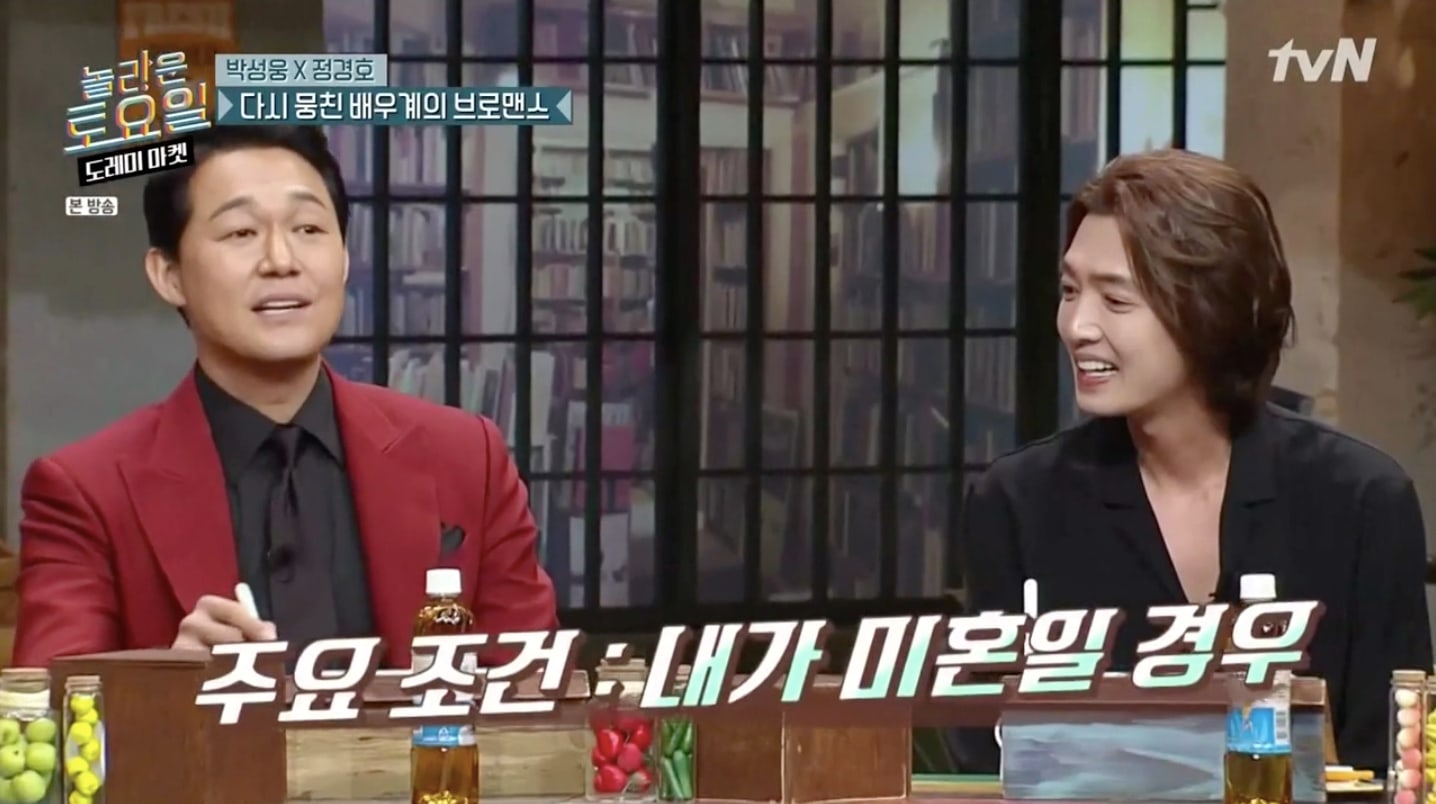 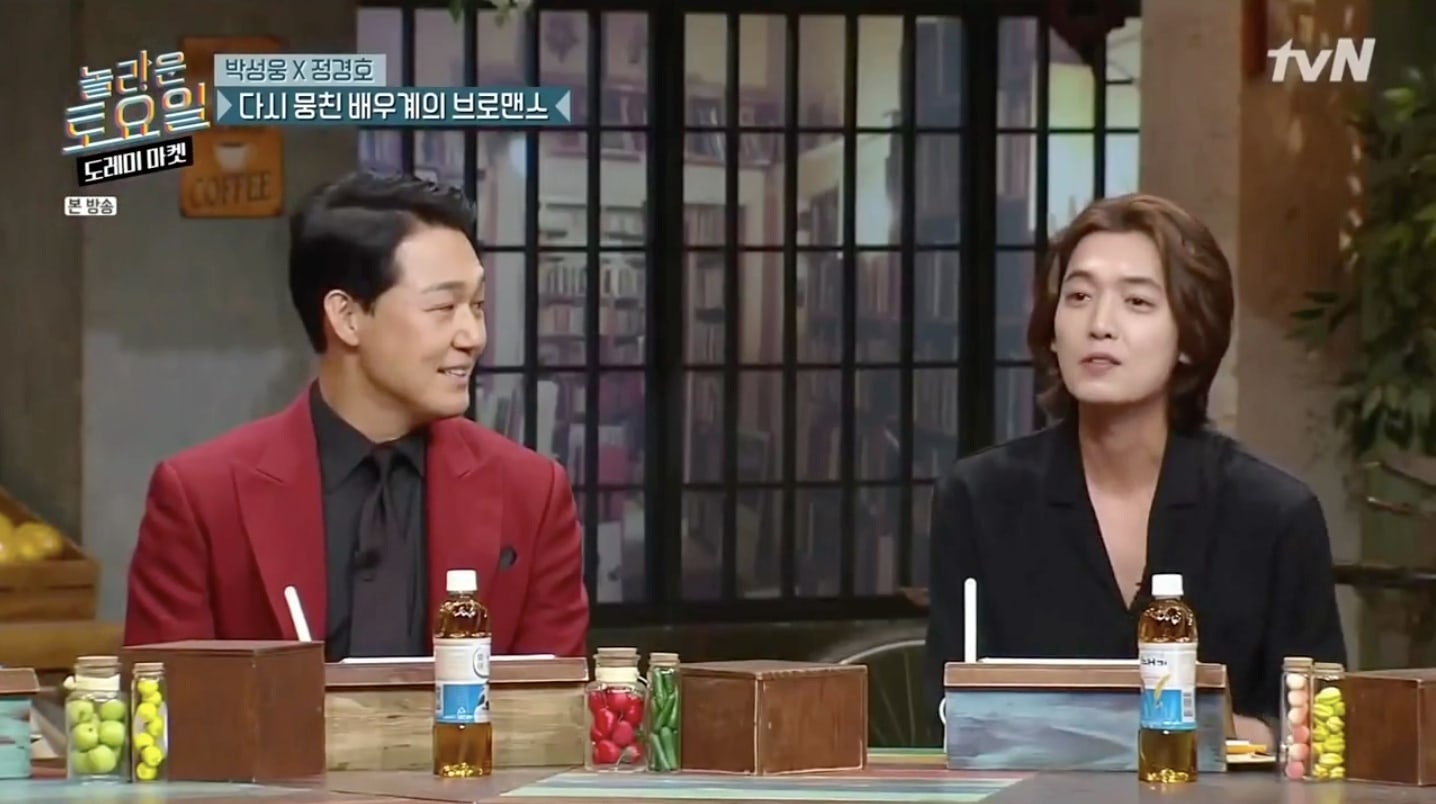 “When the Devil Calls Your Name” will tell the story of a famous songwriter (played by Jung Kyung Ho) who sells his soul to the devil (played by Park Sung Woong) in exchange for success. The drama premieres on July 31 at 9:30 p.m. KST and will be available with English subtitles on Viki.

Jung Kyung Ho
Park Sung Woong
Amazing Saturday
When the Devil Calls Your Name
How does this article make you feel?