The two WINNER members appeared as guests on the July 27 episode of the tvN variety show, where they played a game of the show’s unique brand of ping-pong. On “Mafia Game in Prison,” each team’s partners must wear a giant two-necked shirt that ties them together while also forcing them to use only one hand each. Additionally, the players use the ground instead of a table, and each player is given a large board to use as a paddle. 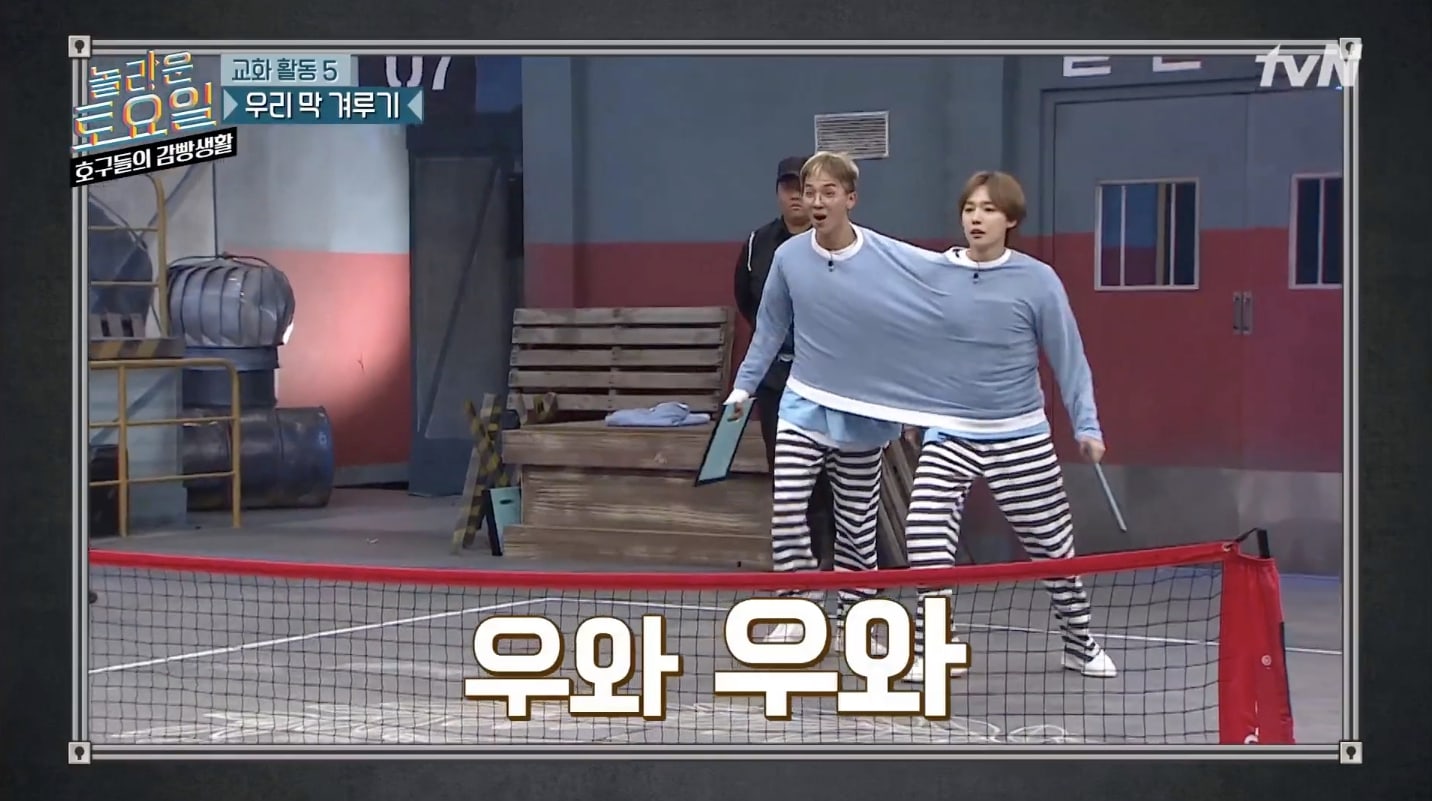 For the first match, Ha Sung Woon and Lee Soo Geun went up against Song Mino and Kim Jin Woo, who proved unexpectedly adept at the game even though it was his first time playing. Although Lee Soo Geun initially underestimated the duo because of Song Mino’s clumsy handling of the ball, both teams were soon amazed by Kim Jin Woo’s quick reflexes and nimble play.

However, it seemed like no one was more surprised than Kim Jin Woo’s own bandmate Song Mino, who couldn’t hide his awe at his partner’s newfound talent. As they began playing, an adorably excited Song Mino kept making sounds of amazement—something that SEVENTEEN’s Seungkwan pointed out with a laugh later on, imitating the WINNER member as he noted, “Mino kept saying, ‘Why is he so good? Why is he so good?'” 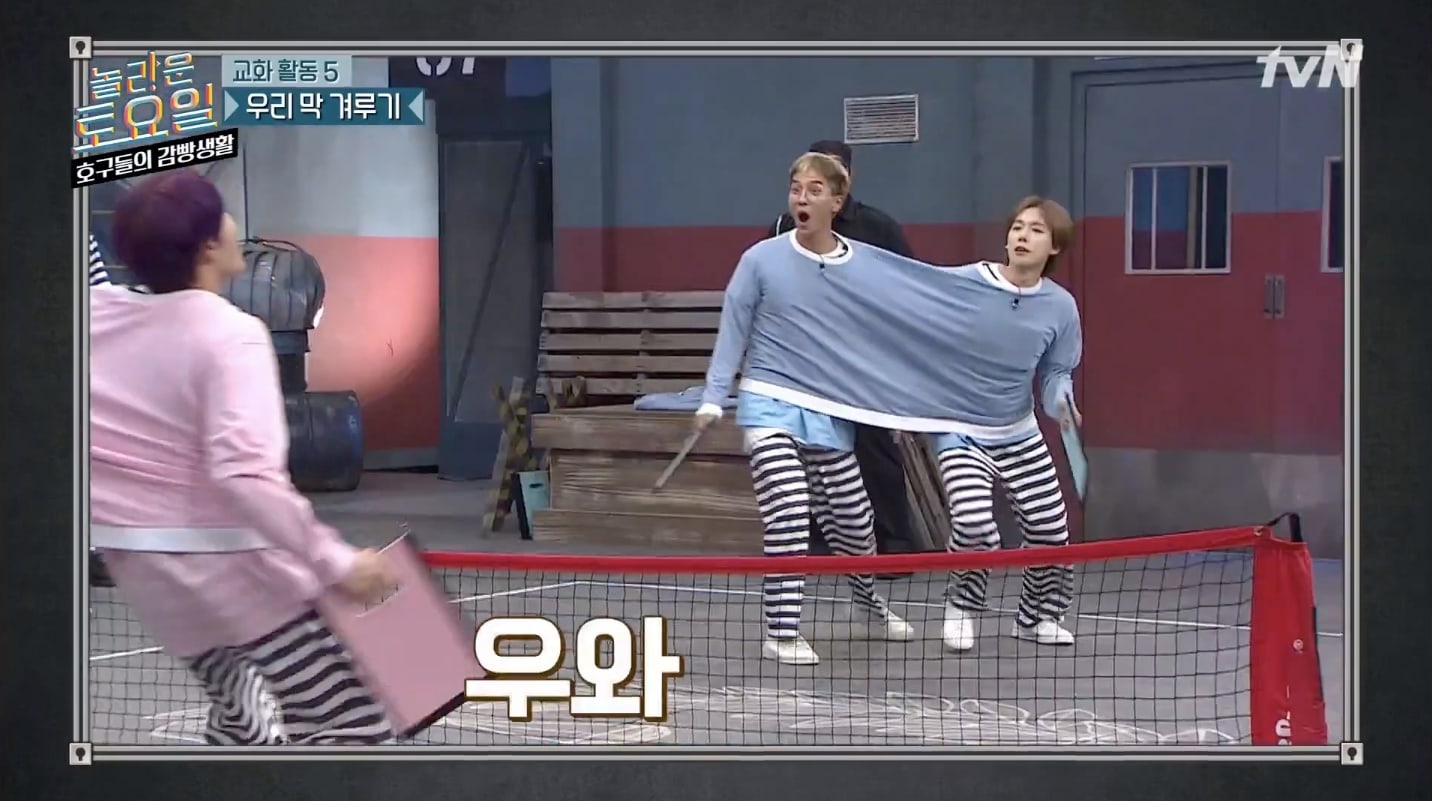 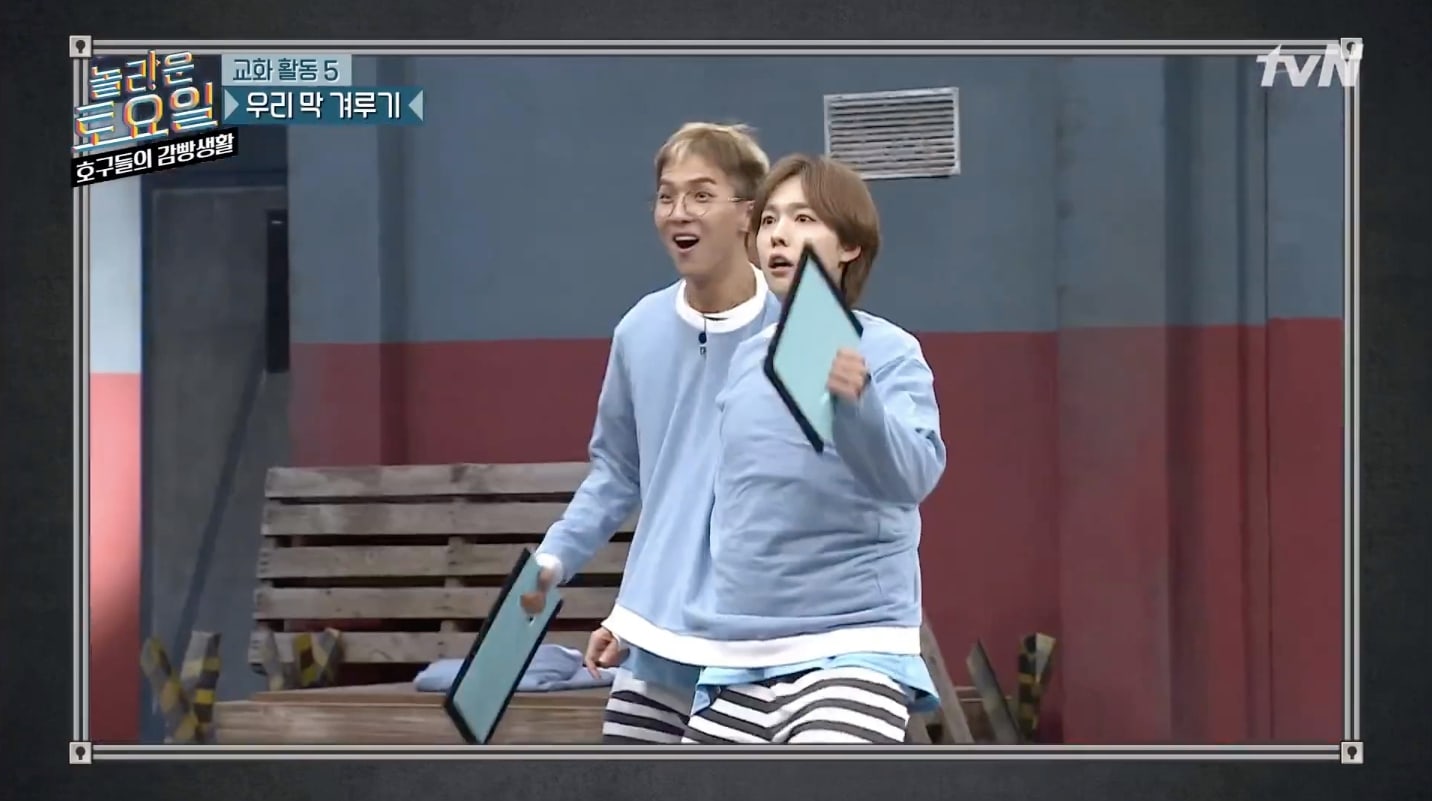 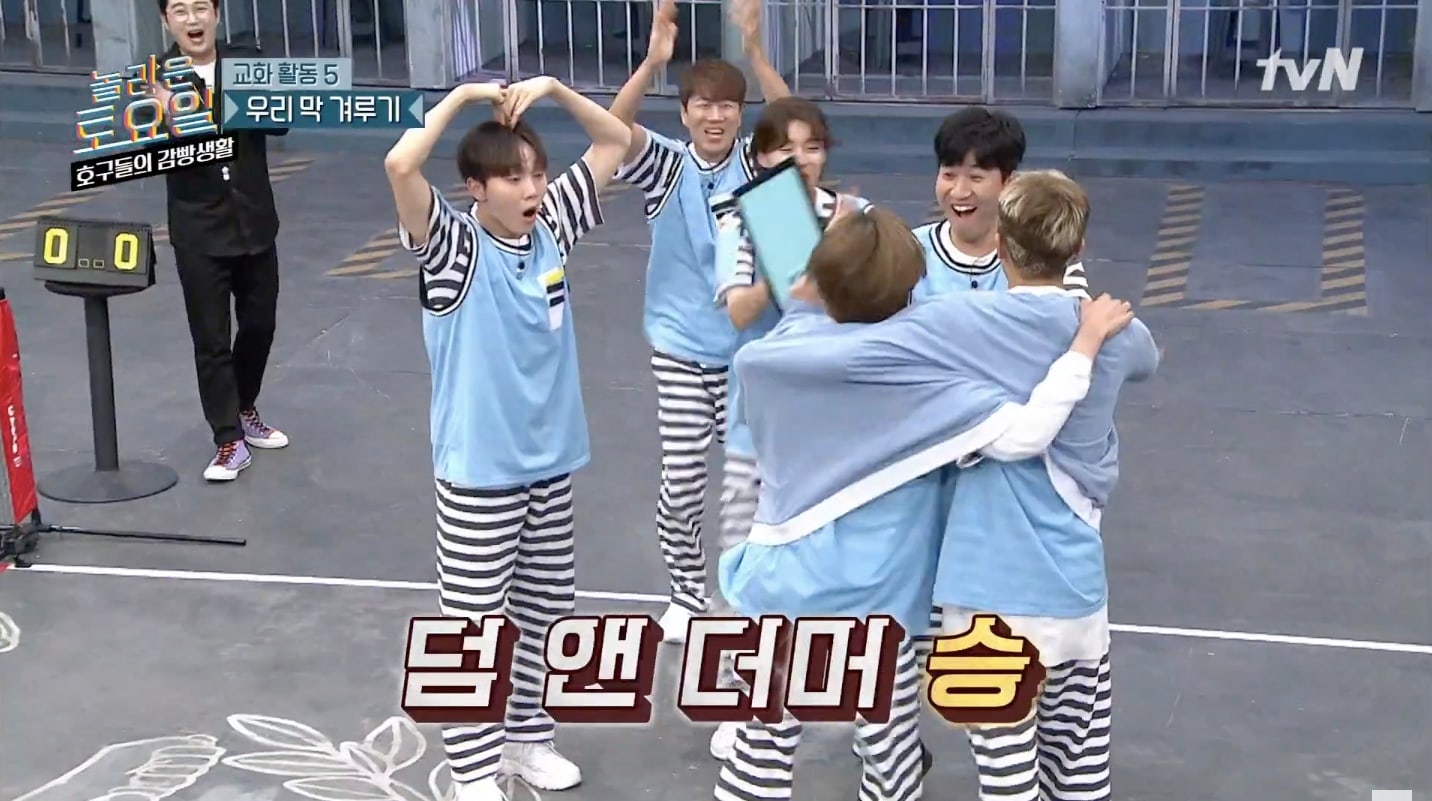 After Kim Jin Woo scored their first point, Song Mino turned to his teammate and exclaimed once again, “Hyung, why are you so good?” Kim Jin Woo replied with a laugh, “I don’t know, I don’t know! I don’t know either!” Song Mino then held up his paddle and joked, “It seems like I don’t need this.”