In a recent interview, Cha Ye Ryun discussed motherhood, the challenges she faced upon her return to acting, her husband’s support, and more!

The actress went on a four-year hiatus from acting after meeting her husband Joo Sang Wook on the set of the 2015 drama “Glamorous Temptation,” and she gave birth to their daughter last year. During her interview with media outlet Newsis, Cha Ye Ryun spoke candidly about her return to the acting world after becoming a wife and mother.

Explaining that she had been inspired by the women around her to take on the challenge of being a working mom, Cha Ye Ryun said, “My older sister has three kids. She works, and she was even promoted to branch manager. Watching her reassured me, and I also learned a lot from her. When I decided to go back to work, she cheered me on by saying, ‘I had three kids and still went back, so you can do it too.'”

Cha Ye Ryun’s first drama after giving birth was KBS 2TV’s “Perfume,” in which she played Han Ji Na, a legendary top model who married another man to provoke designer Seo Yi Do (played by Shin Sung Rok) but was unable to get over him. 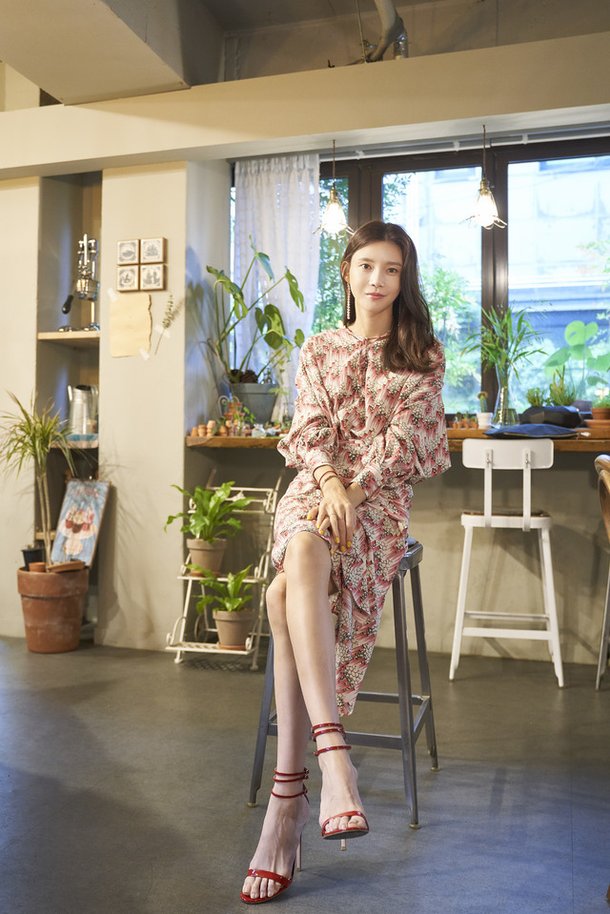 Because “Perfume” marked her first acting role in four years, it took some time for the actress to get back into the flow of things. Cha Ye Ryun said that because of her uneasiness, she hadn’t been able to eat for three days before the start of filming.

“It took about two to three weeks for me to get adjusted,” she said. “The director said that in my next project, I should show my everyday self. I’m actually very laid-back and laugh a lot. He said it was a shame that I didn’t get to show the side of myself that jokes around with the staff when I make a mistake. Honestly, I could do a really great job in a romantic comedy.”

Cha Ye Ryun also credited her husband for giving her strength during this time. “He watched every episode, and he told me my face became brighter after getting married,” said the actress. “Whenever I became eager for work, he always supported me by telling me, ‘You can definitely do it.'”

Commenting that their young daughter is practically identical to her father Joo Sang Wook, Cha Ye Ryun revealed that she and her husband had received offers to appear together on family variety shows. However, because both she and Joo Sang Wook are actors, she explained that they had decided to turn down the offers in case viewers found it harder to imagine them as their characters after seeing them on such reality shows. “If our daughter says she wants to be on a show when she gets a bit older, we’ll consider then,” she said.

Finally, Cha Ye Ryun reflected on her past and present as an actress. “When I was in my twenties, I was stressed because I only received offers to play tough characters,” she remarked. “It was difficult constantly playing second leads, because I thought of it as a stepping stone to becoming a main character. Recently, however, I thought, ‘I wouldn’t mind continuing to play supporting roles.’ I think it’s a good thing if there’s a character that only I can play. My image happens to be one that is pretty and well-dressed. I’m thankful just for the fact that people want to find out where the earrings I wear in my dramas are from.”

Watch Cha Ye Ryun in “Perfume” with English subtitles below!

Cha Ye Ryun
Perfume
How does this article make you feel?