During the episode of KBS’s “The Return of Superman” that aired on July 28, Park Joo Ho was seen enjoying a fun day out with his children.

While relaxing together, Park Joo Ho said, “Let me show you something interesting I found online,” and showed Na Eun a photo. When he asked, “Who do you think this is?” she immediately said it was her brother Gun Hoo without a moment of hesitation.

However, the child in the photo was none other than famous actor Keanu Reeves. The resemblance between his younger self and Gun Hoo was uncanny though. Even Gun Hoo couldn’t take his eyes off the phone screen as he stared quizzically at the photo. The editing team put the image of Keanu Reeves’ baby photo on top of Gun Hoo’s face, and it was a perfect match. Park Joo Ho said, “Gun Hoo, you’ll going to grow up to look like him.” 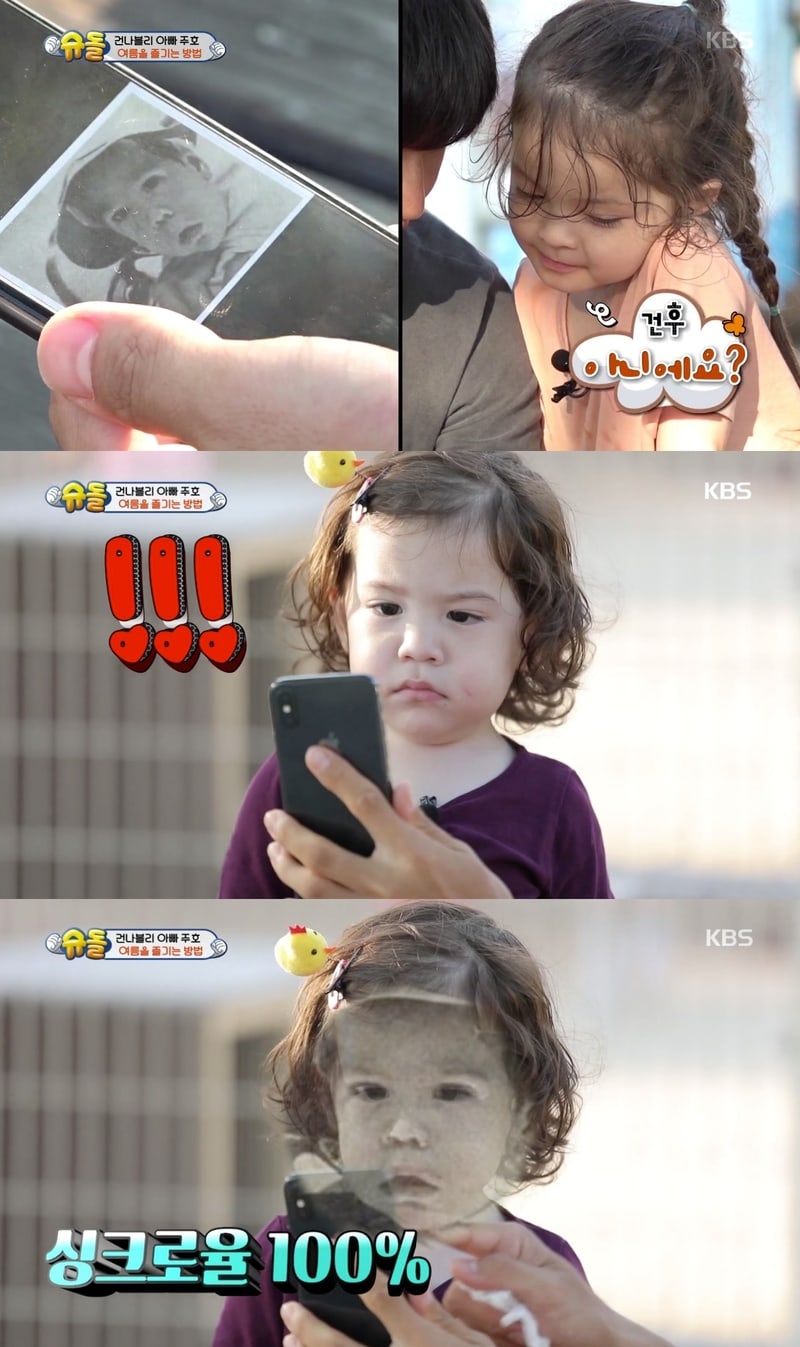 The photos showing how Gun Hoo resembles Keanu Reeves when he was a child have already been circulating online as a hot topic.

Catch up with “The Return of Superman” below!

The Return of Superman
Park Joo Ho
Na Eun
Gun Hoo
How does this article make you feel?