“Hotel Del Luna” is a horror fantasy romance drama that tells the story of elite hotelier Goo Chan Sung (played by Yeo Jin Goo) running a hotel with the ageless owner Jang Man Wol (played by IU). The drama has been delighting viewers with its interesting premise and stories, along with interesting cameos.

The drama has shared new stills of two cameos by actor Lee Yi Kyung and comedian Kim Joon Hyun. The first still shows Kim Joon Hyun smiling for the camera as he takes a selfie with Yeo Jin Goo. In the drama, he will play Jang Man Wol’s favorite comedian. She takes Goo Chan Sung to a restaurant he visited and even reminders how many dumplings and rice cakes he was able to eat in one bite. Kim Joon Hyun is expected to bring the laughs with his short but impactful cameo.

Another still shows Lee Yi Kyung wearing traditional royal robes, and it will be interesting to see whether he appears in Jang Man Wol’s past or an unexpected story in the present day. While Kim Joon Hyun will be playing himself, it hasn’t been revealed what kind of role Lee Yi Kyung will play. The actor is said to have agreed to the cameo based on his previous work with director Oh Choong Hwan. 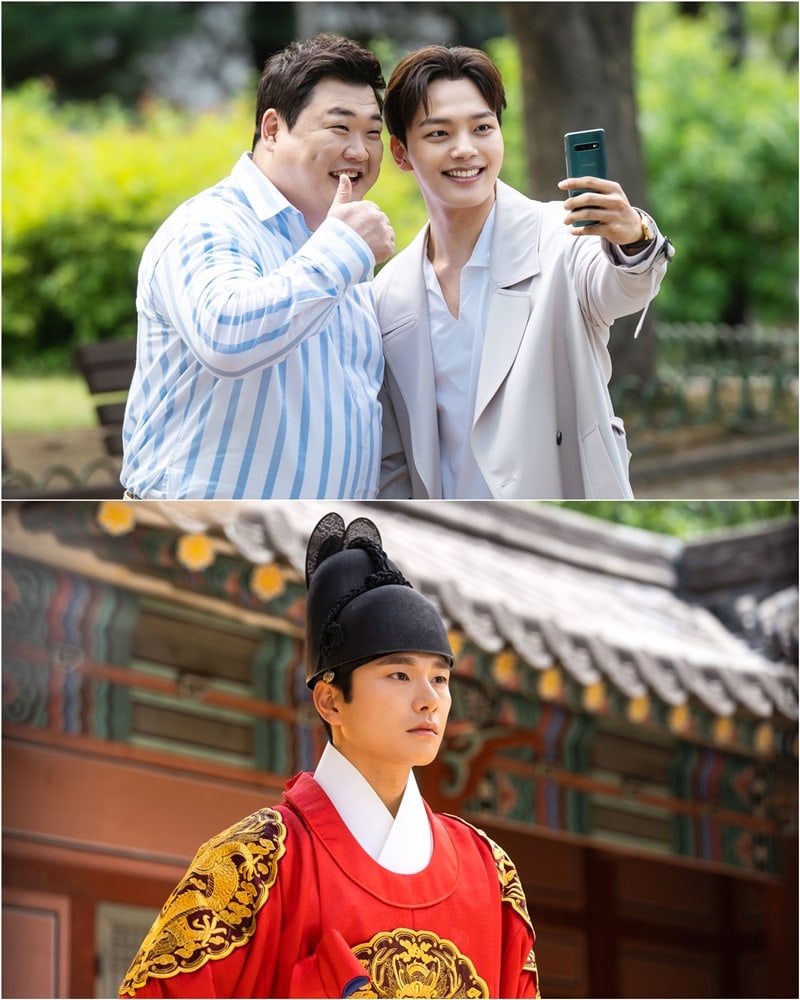 The production staff of “Hotel Del Luna” stated, “We are grateful to Kim Joon Hyun and Lee Yi Kyung for agreeing to the cameo appearances and working hard for their roles.” The two are said to have had everyone on set with their witty ad-libs. The staff added, “Despite their short appearances, both will bring big laughs to the show.”