Fin.K.L’s Sung Yuri Describes The Moment She Fell For Her Husband

Fin.K.L talked about their husbands on the latest episode of JTBC’s “Camping Club”!

During the July 28 episode of the girl group’s reality show, the four members sat outside at night to talk and chat.

Lee Hyori asked the other members, “Don’t you think of your husbands when you come to a beautiful place like this? You want to show him [the view].”

Sung Yuri agreed, then went on to talk about a moment in which she fell for her husband. “In the past, I had no idea how to deal with something,” she said. “It was either a utility bill or a tax form, something like that. I didn’t know anything about those things. While taking care of it for me, he was on the phone complaining on my behalf, and he looked so cool.”

Lee Hyori remarked knowingly, “You have to be really accurate when talking about those things,” and Sung Yuri replied, “Right. So I fell for him after seeing that, and…” Lee Jin interjected, “That’s why you married him.”

Speaking about her own husband Lee Sang Soon, Lee Hyori said, “For me, it was [seeing him] read maps. Whenever we go overseas, [Lee Sang Soon] is really good at finding places. He looks really cool then, and it’s those little things make you feel a lot.” 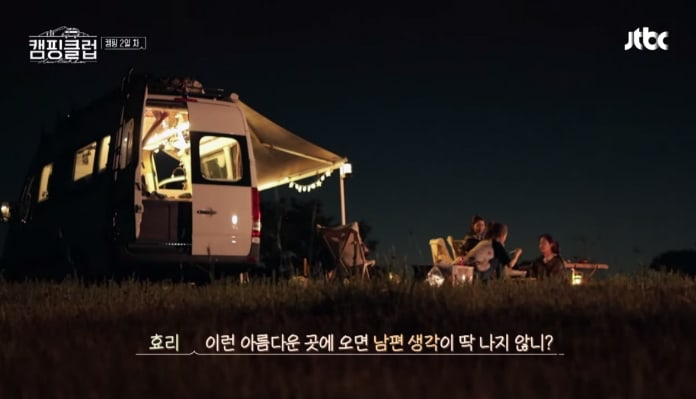 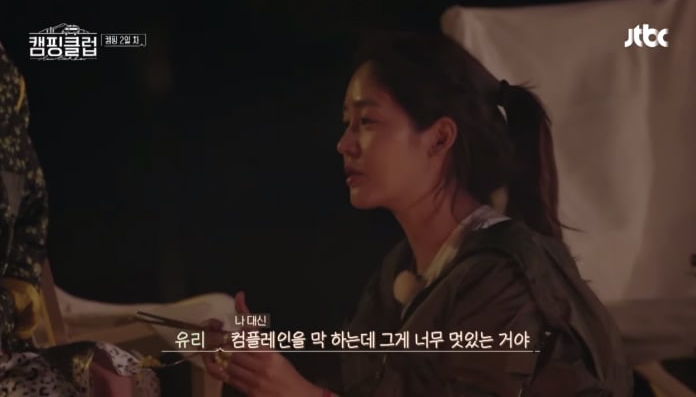 “Camping Club” airs on Sundays at 9 p.m. KST and will soon be available on Viki!

In the meantime, check out the preview below:

Sung Yuri
Fin.K.L
Camping Club
How does this article make you feel?