ITZY has returned with “ICY”!

On July 29, ITZY held a showcase for their first mini album, “IT’z ICY,” at the Blue Square in the neighborhood of Hannam, Seoul.

Their title track “ICY” is a summer song and the first that JYP Entertainment’s Park Jin Young wrote for the girl group.

The girls expressed their joy for receiving a song from Park Jin Young, and Lia shared, “It’s an honor to receive a song from PD [producing director] Park Jin Young for the first time. Our wish was fulfilled, so we prepared really hard. Please give us a lot of love and attention.”

Yeji added, “I’m so thrilled and honored that we were able to work with Park Jin Young so soon. He divided up our parts. The producer and other great lyricists and songwriters gave us all their heart and soul, so we look forward to it that much.”

Chaeryeong said, “He distributed our parts and taught us himself. I was grateful that he always guided us with a smile. He advised us to sing this song confidently without being superficial.” 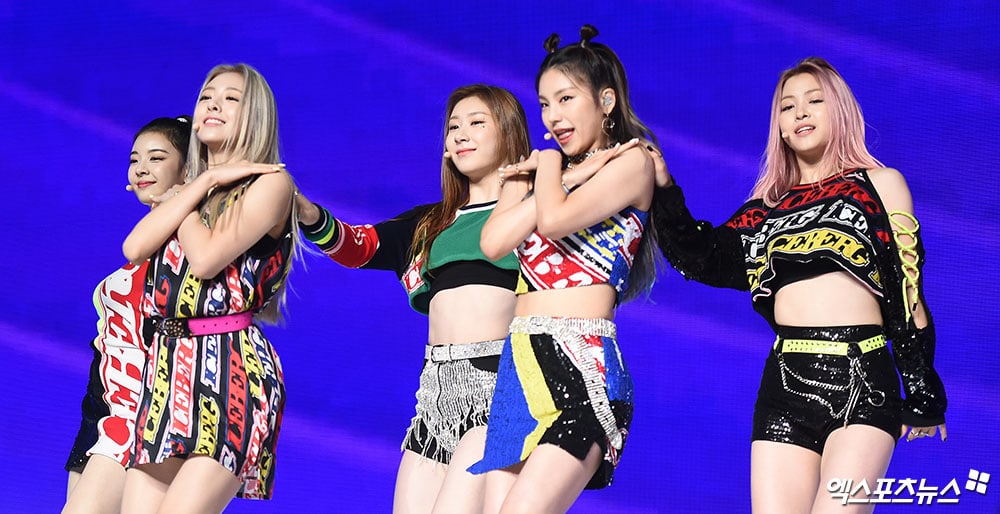 ITZY also talked about filming overseas for the first time. Yeji said, “We filmed our music video in LA for the first time, and it was a meaningful time. I didn’t see the members filming their individual scenes during the shoot at the time, but I was proud to see them through the music video that was completed later.”

She continued to talk about the most memorable moment, saying, “There was a scene where I was on a truck that was driving through the street and I was happy to hear the locals saying I was pretty.”

If you haven’t already, watch their music video here!

Park Jin Young
XPN
ITZY
How does this article make you feel?