Jo Jung Suk is often mentioned as one of the best actors of romantic comedies, and he shared his candid thoughts about frequently acting in drams of the genre.

During a recent interview on his latest movie “E.X.I.T,” the interviewer pointed out that Jo Jung Suk’s strengths in rom-coms and comedies shined throughout the movie, and the actor replied, “I think it’s encouraging that you saw the movie in that way even though I’m an actor who has a strong tendency to try out different things.”

He continued, “I think it’s very important as an actor to bring out the strengths I have and show them to everyone, so I’m grateful that you think that way. Sometimes, I want to be an actor who can make people say, ‘Oh, Jo Jung Suk even plays this kind of role?'” Then he added, “The irony is that I’m not sure what my strengths are. But if that’s the way reporters and viewers see me, then I suppose that’s my strength.” 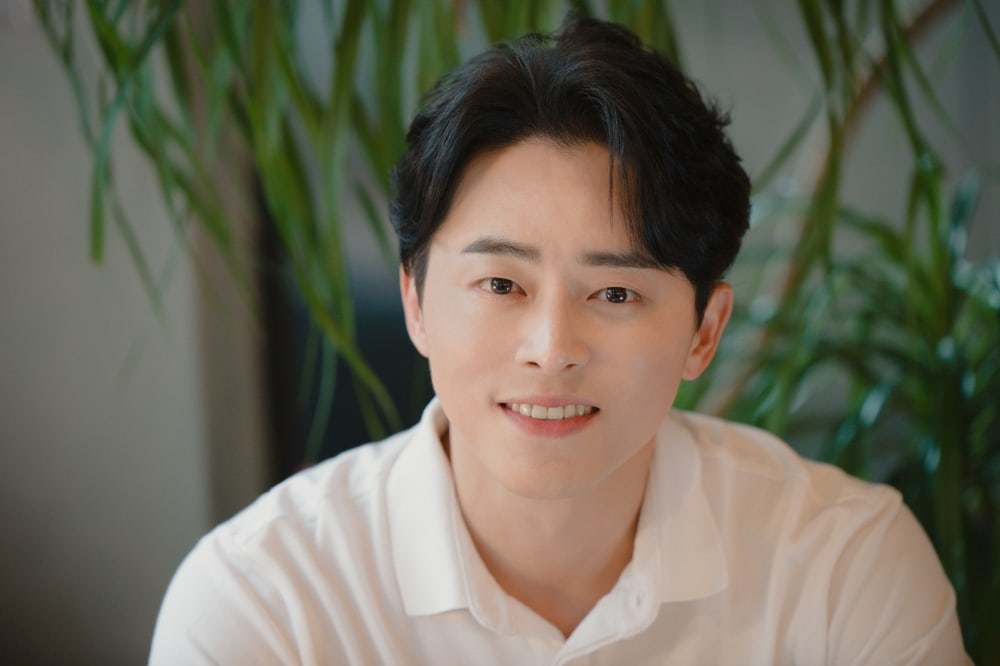 Jo Jung Suk debuted as a musical actor through the musical “The Nutcracker” in 2004, and he has starred in many dramas and films ever since. A majority of them, like “Oh My Ghostess” and “Don’t Dare to Dream,” are of the romantic comedy genre.

Concerning this, the actor explained, “I didn’t keep choosing romantic comedies on purpose. I received lots of love after acting in a few romantic comedy dramas, so I think that image of me was imprinted in [people’s minds].”

Jo Jung Suk then mentioned “Nokdu Flower” as an exception. He commented, “It has nothing to do with my intentions. I’m just attracted to scenarios that are enjoyable when I read them and make me think of wanting to be part of the production.”

Furthermore, he revealed his interest in other genres like thriller and noir and said he wanted to try all of them out.

Jo Jung Suk’s latest production is an upcoming movie titled “E.X.I.T” that follows an unemployed man named Yong Nam (played by Jo Jung Suk) and Eui Joo, a fellow member of his college rock climbing club (played by Girls’ Generation’s YoonA), as they attempt to escape a city poisoned by a mysterious toxic gas. It is scheduled to premiere on July 31. In the meantime, check out the trailer for the film here!

Watch one of his latest films “Hit-and-Run Squad” with English subtitles below!