OCN’s “Strangers from Hell” has unveiled eerie posters of the main characters!

The upcoming mystery thriller tells the story of a young man who moves up to Seoul and experiences a hell created by others while living in a strange dormitory. It stars Im Siwan, Lee Dong Wook, Lee Jung Eun, Lee Hyun Wook, Park Jong Hwan, and Lee Joong Ok.

The newly released posters provide a look at each of the characters and are designed to represent a hallway of the mysterious Eden Dormitory when placed side-by-side.

The first poster depicts the resident of room 303, Yoon Jong Woo (played by Im Siwan), who moved into the run-down and shabby Eden Dormitory for financial reasons. He sports an uneasy expression with the accompanying text that reads, “This place was hell. A horrific hell that was made by others.” 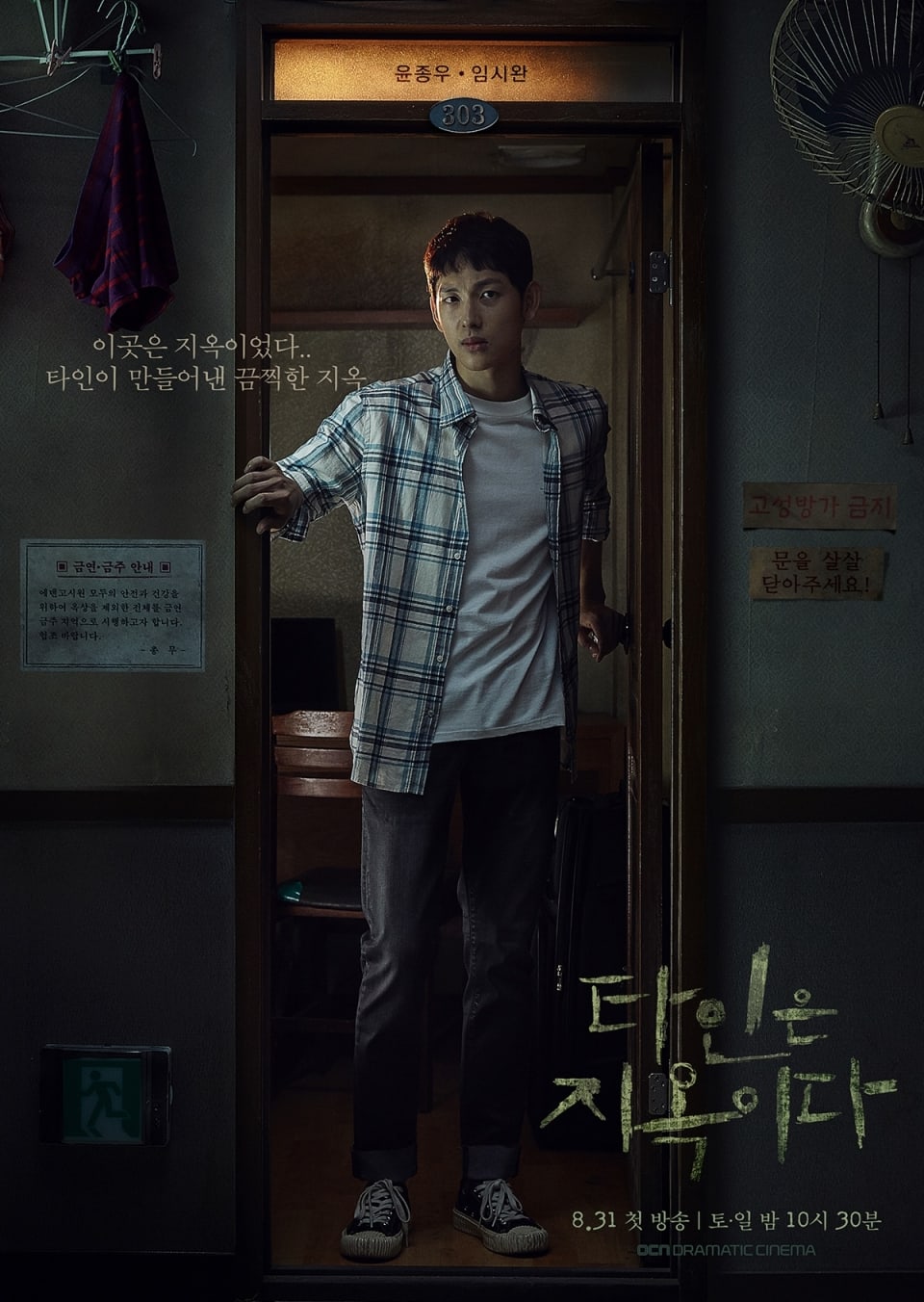 Next is the owner of the dormitory, Uhm Bok Soon (played by Lee Jung Eun). She smiles brightly from behind the front desk, and the text says, “The people here are all nice. You’ll move in, won’t you?” 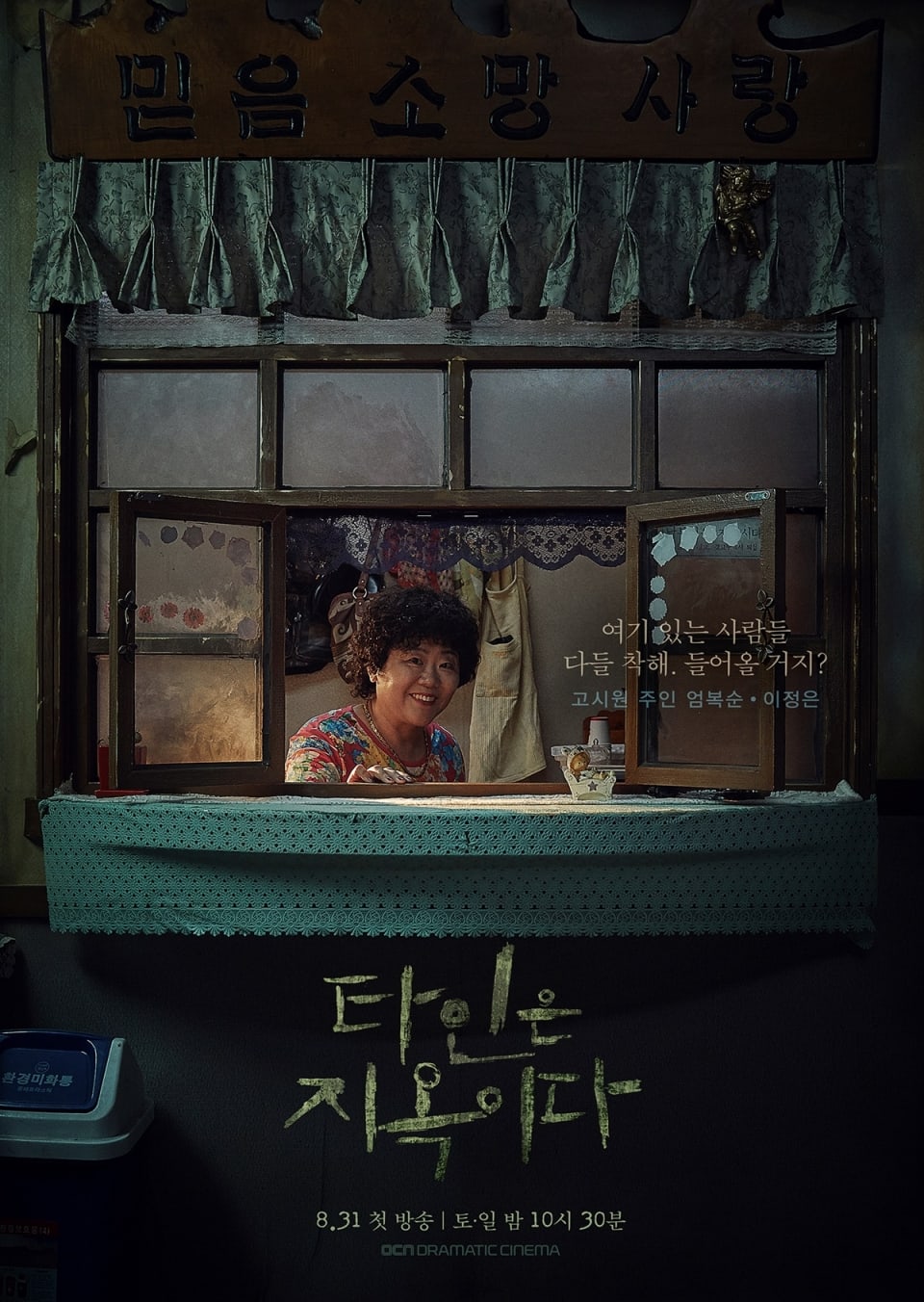 Another poster shows Yoo Ki Hyuk (played by Lee Hyun Wook) gazing into the hallway from behind his half-closed door. Despite his tidy appearance and smile, he gives off a chilling vibe. His quote that reads, “Now…it’s your turn,” makes viewers curious as to what his true nature is. 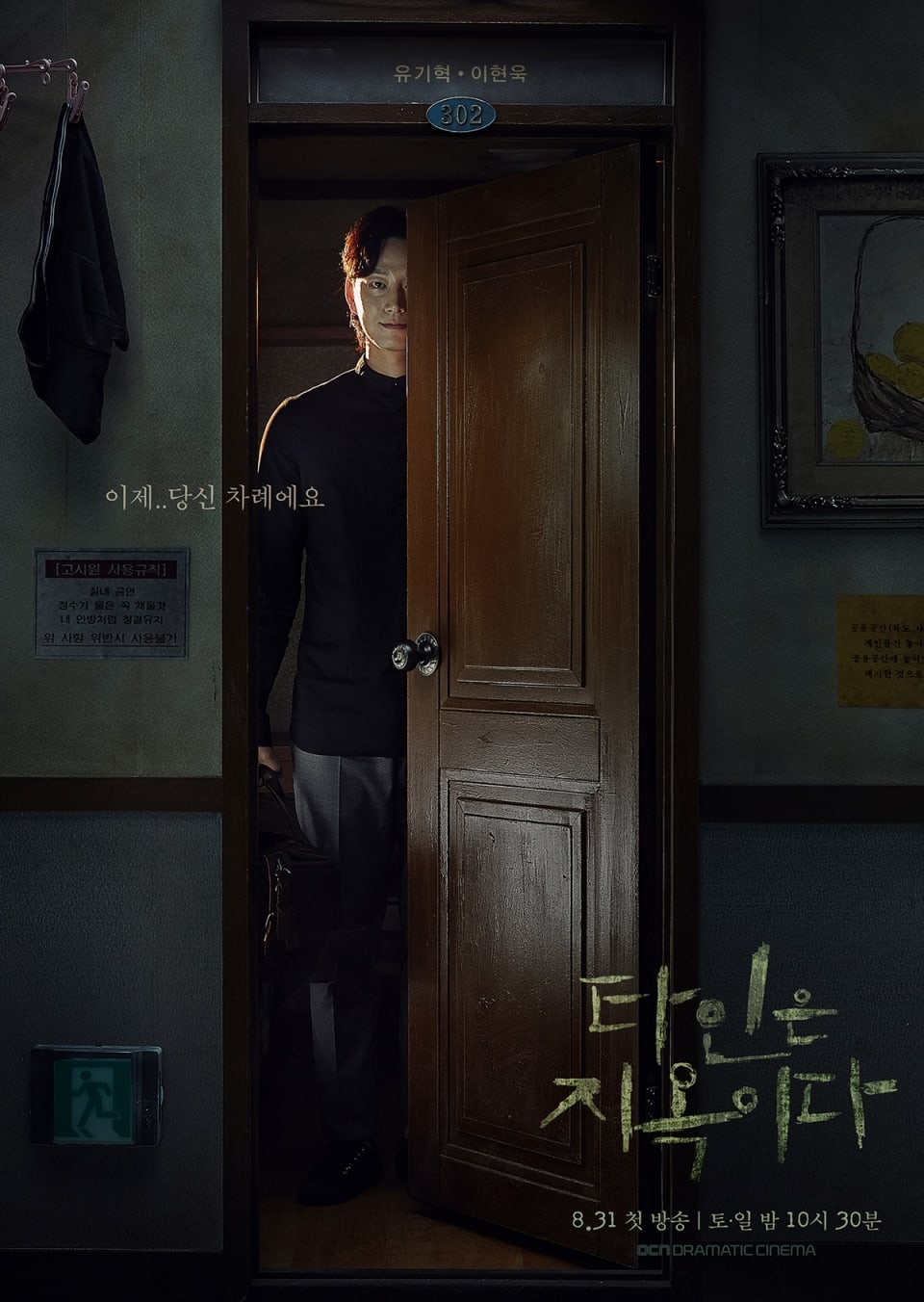 The next poster is of Byun Deuk Jong (played by Park Jong Hwan), who sits cross-legged on the floor with the quote, “I, I treated you nicely.. Hehehe.” His stutter and laugh give him an unsettling aura. 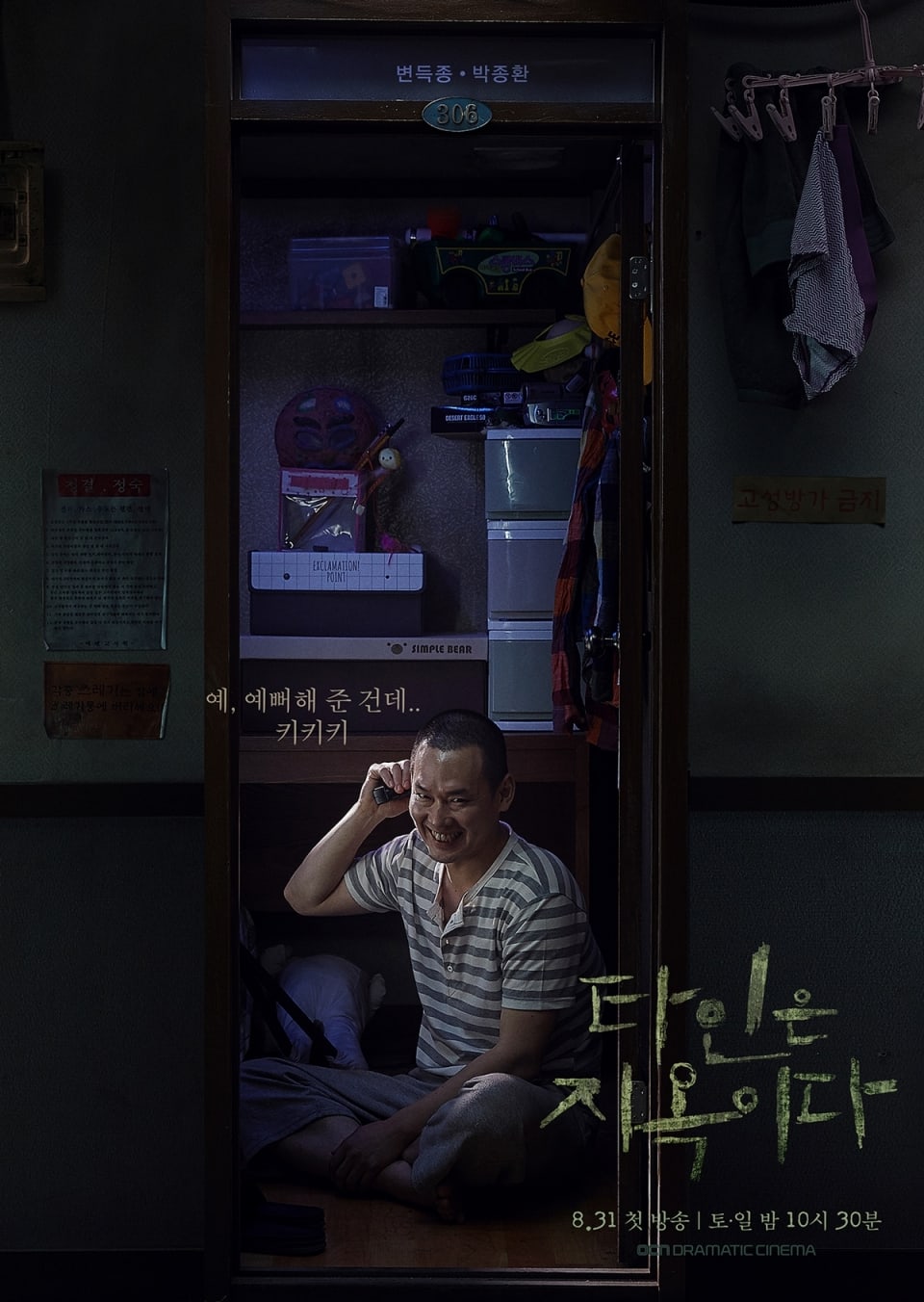 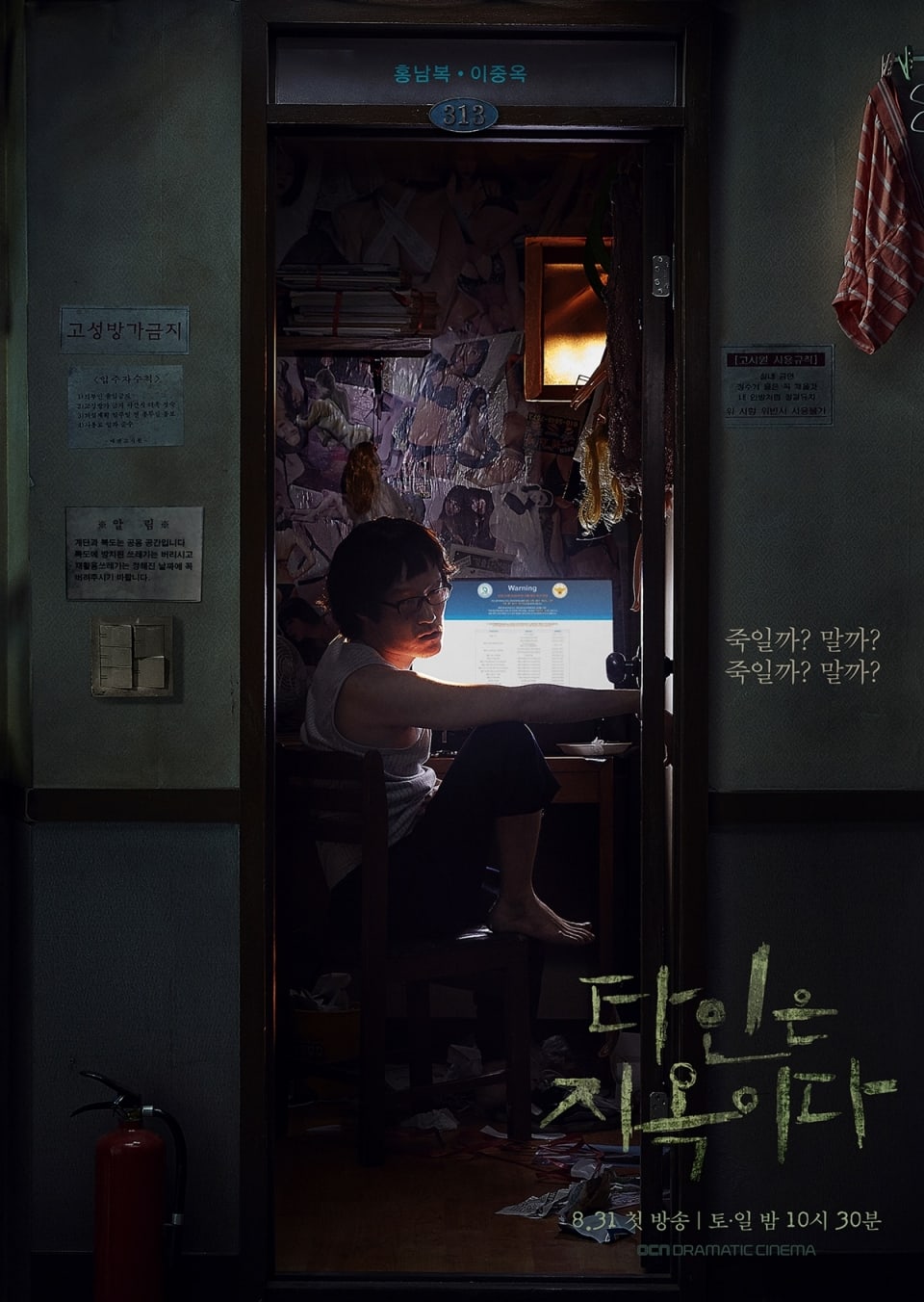 Finally, dentist Seo Moon Jo (played by Lee Dong Wook) is shown outside his room with the suspicious quote, “I’ll make it not hurt.” As he is the only one with his door closed in the posters, it leads viewers to wonder why. He further piques interest with his suit and upright posture that don’t match his shabby surroundings. 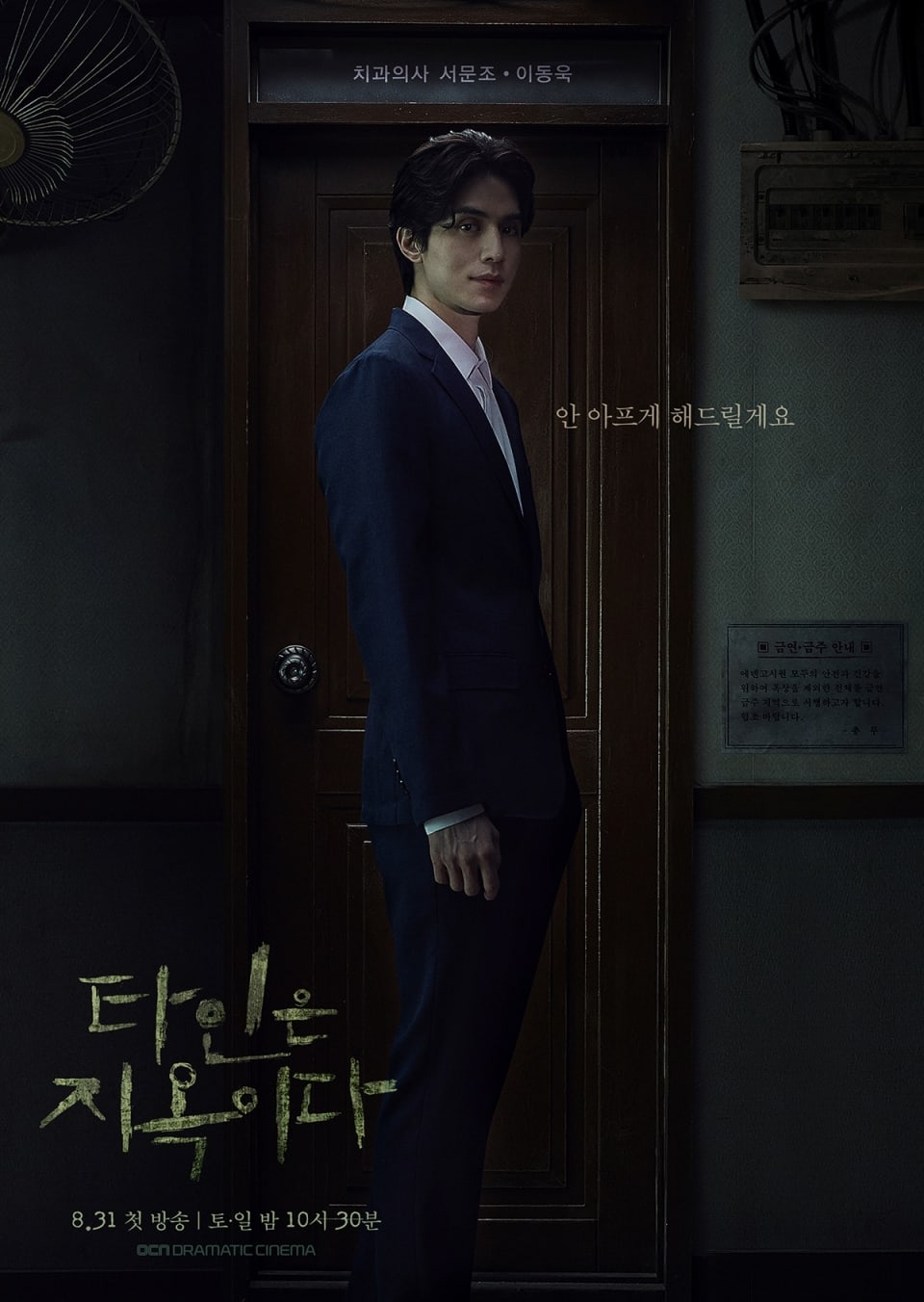