KBS’s upcoming Monday-Tuesday drama “I Wanna Hear Your Song” has shared new stills of T-ara’s Jiyeon being a charismatic and confident girl crush!

“I Wanna Hear Your Song” will be a mystery romantic comedy that tells the story of a timpanist Hong Yi Young (played by gugudan’s Kim Sejeong), who loses all memory of a murder, meeting a mysterious tone-deaf man Jang Yoon (played by Yeon Woo Jin).

Jiyeon will take on the role of Ha Eun Joo, who not only shines because of her stunning good looks, but captivates people with her talents on the violin. She likes to be the center of attention and has a confident personality that makes her the envy of those around her. Plenty of gossip circulates about her as the other orchestra members are always curious to know what she’s up to.

The new stills show Ha Eun Joo on the verge of getting into a fight with one of the other orchestra members. Tension fills the air as the two refuse to back down from their confrontation. Everyone around them looks shocked by Ha Eun Joo doesn’t have time to bother with them, staring intently at her opponent with a sharp gaze. 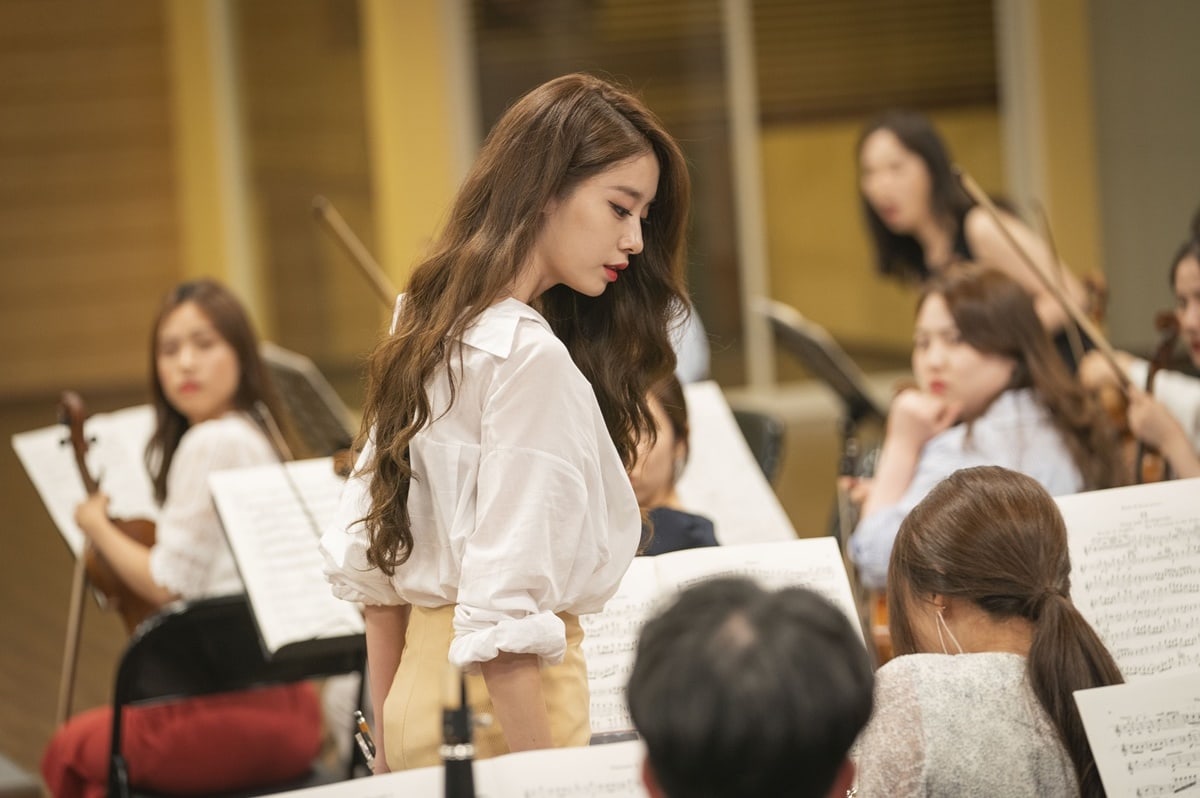 The production staff stated, “Jiyeon always breathes energy into the set with her bright personality, but once cameras start rolling, she makes a complete change into her character. We hope people will anticipate the amazing changes she undergoes in the drama.”

“I Wanna Hear Your Song” is set to premiere on August 5 at 10 p.m. KST and will be available on Viki with English subtitles. Check out the latest teaser for the drama here!

Jiyeon
T-ara
I Wanna Hear Your Song
How does this article make you feel?