Red Velvet’s Seulgi On Overcoming Struggles, How She’s Changed Since Debut, Her Approach To Instagram, And More

Red Velvet’s Seulgi recently sat down for an interview with Esquire Korea where she talked about her latest pursuits and interests, her approach to dealing with emotional struggles, and much more.

Seulgi became the latest Red Velvet member to join Instagram last month, and she was asked by Esquire about making her own personal account.

“Communicating by using our group social media account is good too, but I made it because I thought it would be good to be able to communicate in my own personal space,” she said. “I worried about it a bit. I’m not someone who’s great at social media, so I considered what I needed to do for it to be good.”

When the reporter pointed out that Seulgi seems to be doing well as she’d been posting once or twice a day, Seulgi replied, “I thought it would be good to show the fans what I did that day, what kind of hair and makeup style I had, and what performance I was preparing for, so I mostly upload posts about that kind of thing.” 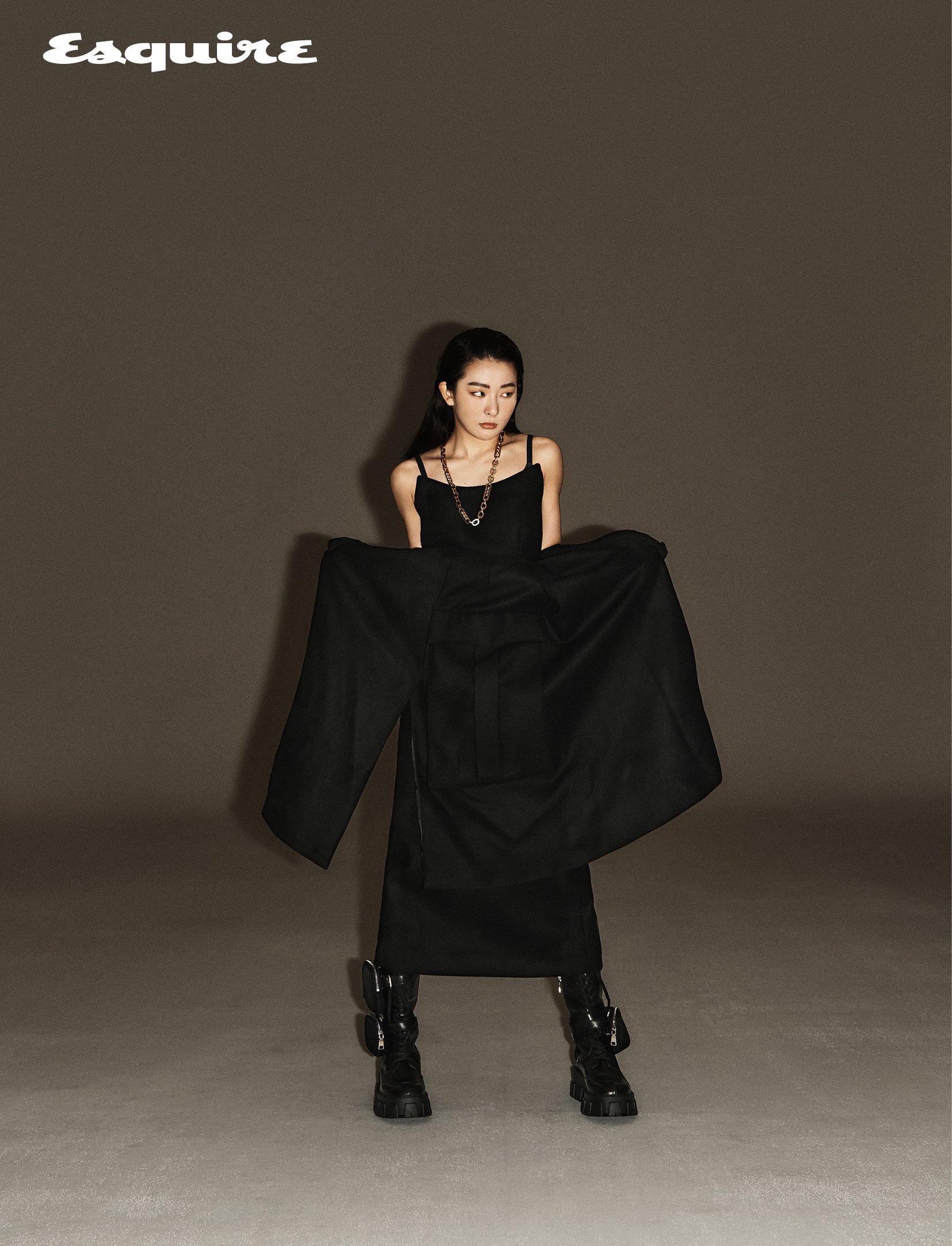 In response to the reporter’s observation that Seulgi has now made a personal space for her own activities rather than as Red Velvet, Seulgi said, “That’s why I don’t comment much. I’m embarrassed. When I was using the Red Velvet account, for example if we came in first on a music show, there’s something to say like ‘Thank you.’ There was a definite message to convey. But I’m cautious on my personal social media. I think about it a lot when I upload something. It’s not something that can be described as a completely personal space.”

Despite the concerns that come with having over a million followers on her account, Seulgi said, “Now that I’ve made my Instagram, I like it because I feel like I’m leaving a lot of records. That includes not only the way I personally look when I get all dressed up, but also the results of all the hard work of my hair stylists, makeup artists, and stylists. It’s like a photo album.”

When it was pointed out to Seulgi that she’s only following four people on her Instagram (Joy, Yeri, and Red Velvet and SM’s official accounts), she laughed and said, “I’m still a beginner.” 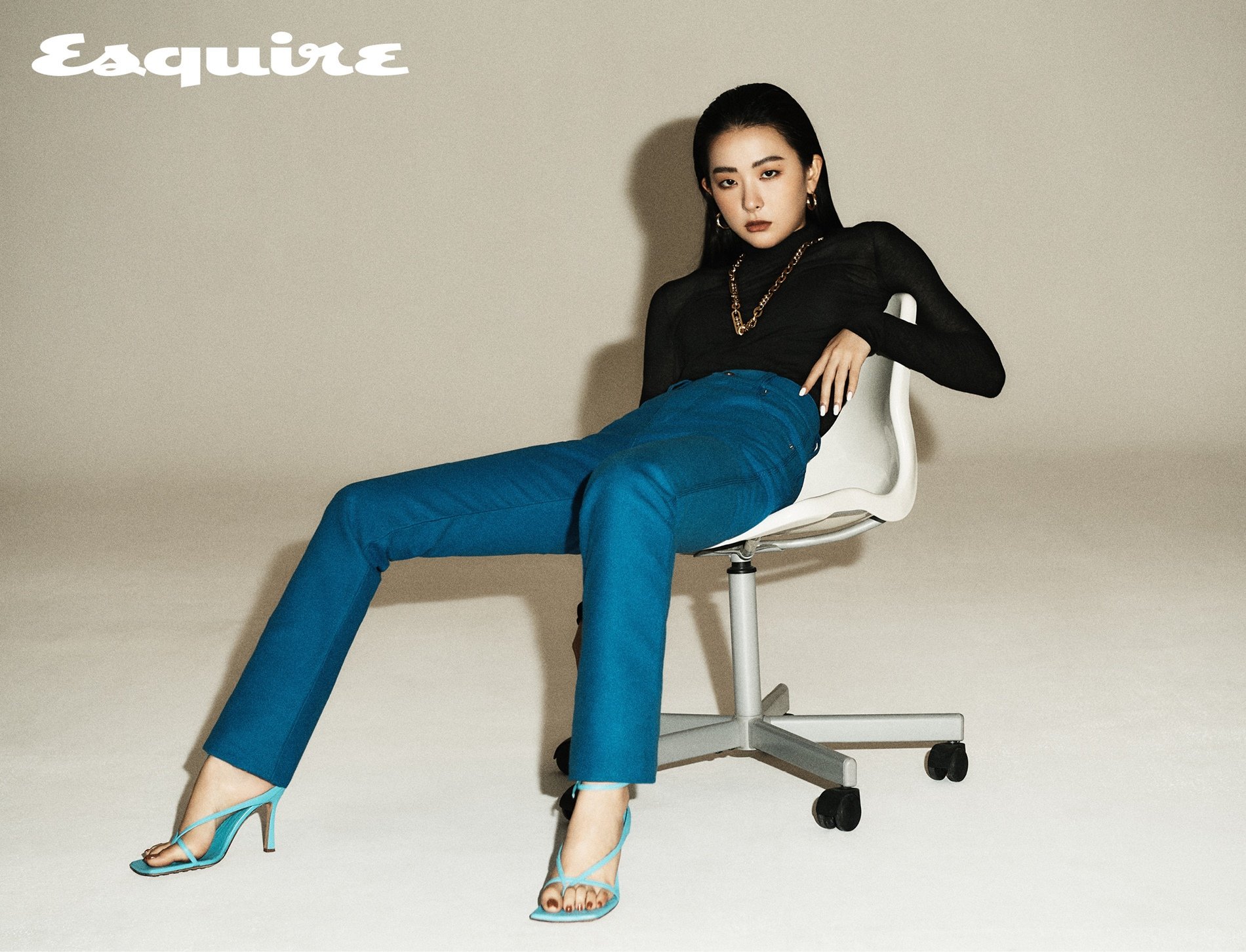 August 1 will be Red Velvet’s fifth anniversary. Seulgi said, “Already…? Time seems to go by faster after I became a singer. We create and put out three albums and then prepare for our year-end performances, and like that a year goes by. On January 1 of this year too, the members all got together while we were at MBC’s ‘Gayo Daejejun‘ and we said, ‘Another year has already gone by?’ We were all surprised. I wonder when the time passed.”

Seulgi debuted at the age of 21 in Korean reckoning and is now 26, and she said she’s always surprised when she gains another year, as she doesn’t feel like she’s gotten older except for when she’s physically tired.

“Sometimes my knees make popping sounds,” she said with a laugh. She also shared that the members have all been more interested in health foods lately and they take the nutritional supplements gifted to them by fans. 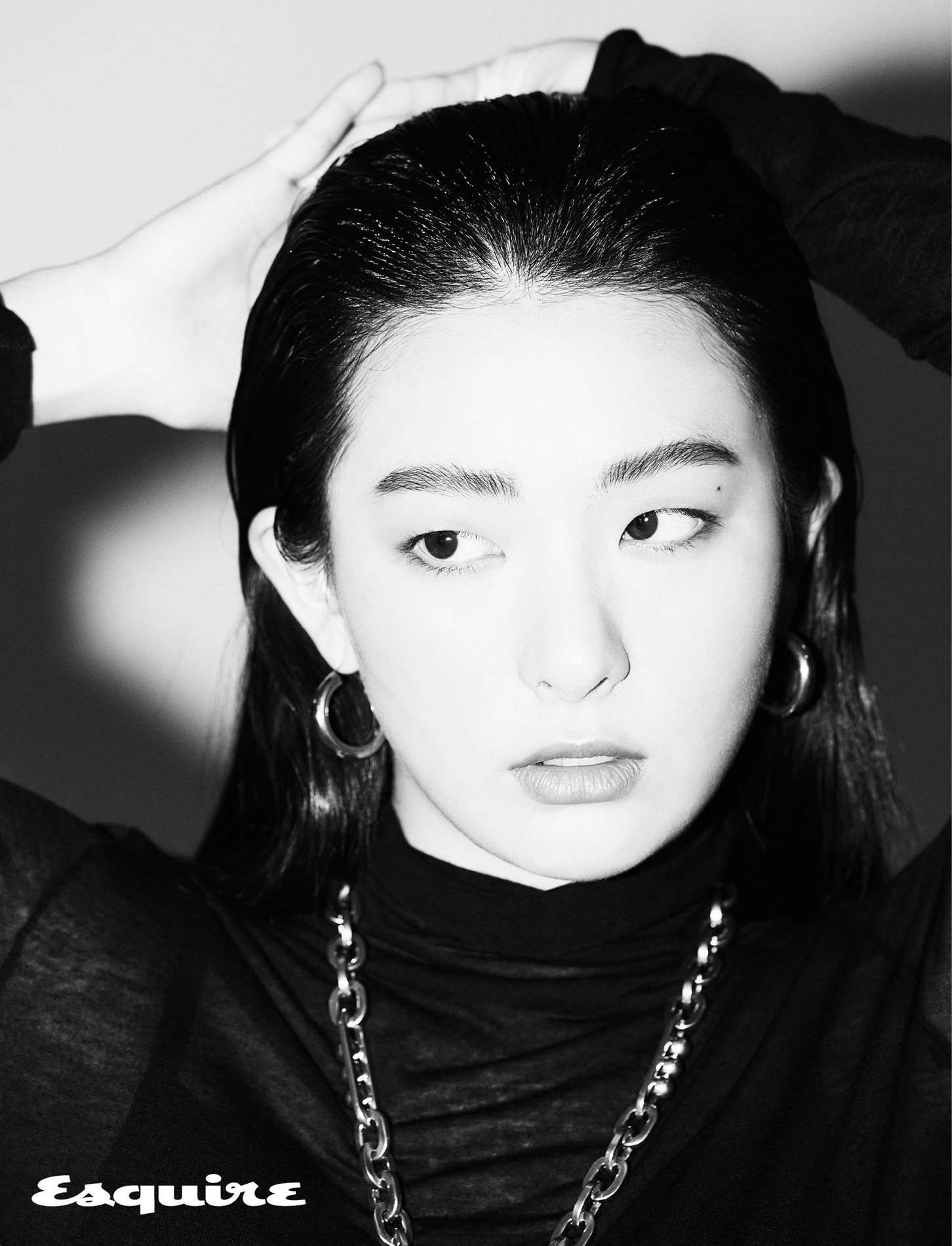 The Esquire reporter told Seulgi that they had watched Seulgi’s first debut performance as well as her most recent “Zimzalabim” performance and found that she appeared exactly the same, with her singing and dancing just as stable. When asked if this was because of training or because she’s used to it, Seulgi said, “I sometimes watch my old performance videos too and I think, ‘I was really a baby. I looked so fresh and young.'” She added with a laugh, “I think, ‘Ah, now I don’t have that freshness.'”

“Still, I think one thing that’s improved compared to then is that I’m a bit more experienced,” she said. “In the past I used to get so nervous even just when I went to the broadcast station. Even just being there made me feel awkward and nervous, but now it’s become as comfortable as my home. Of course, I get nervous again when I’m showing something new. But it’s a happy kind of nervous. If I were to say that I was trembling with fear in the past, now I tremble because I think, ‘I have to show this. It’s the day that I show this to the world.'” 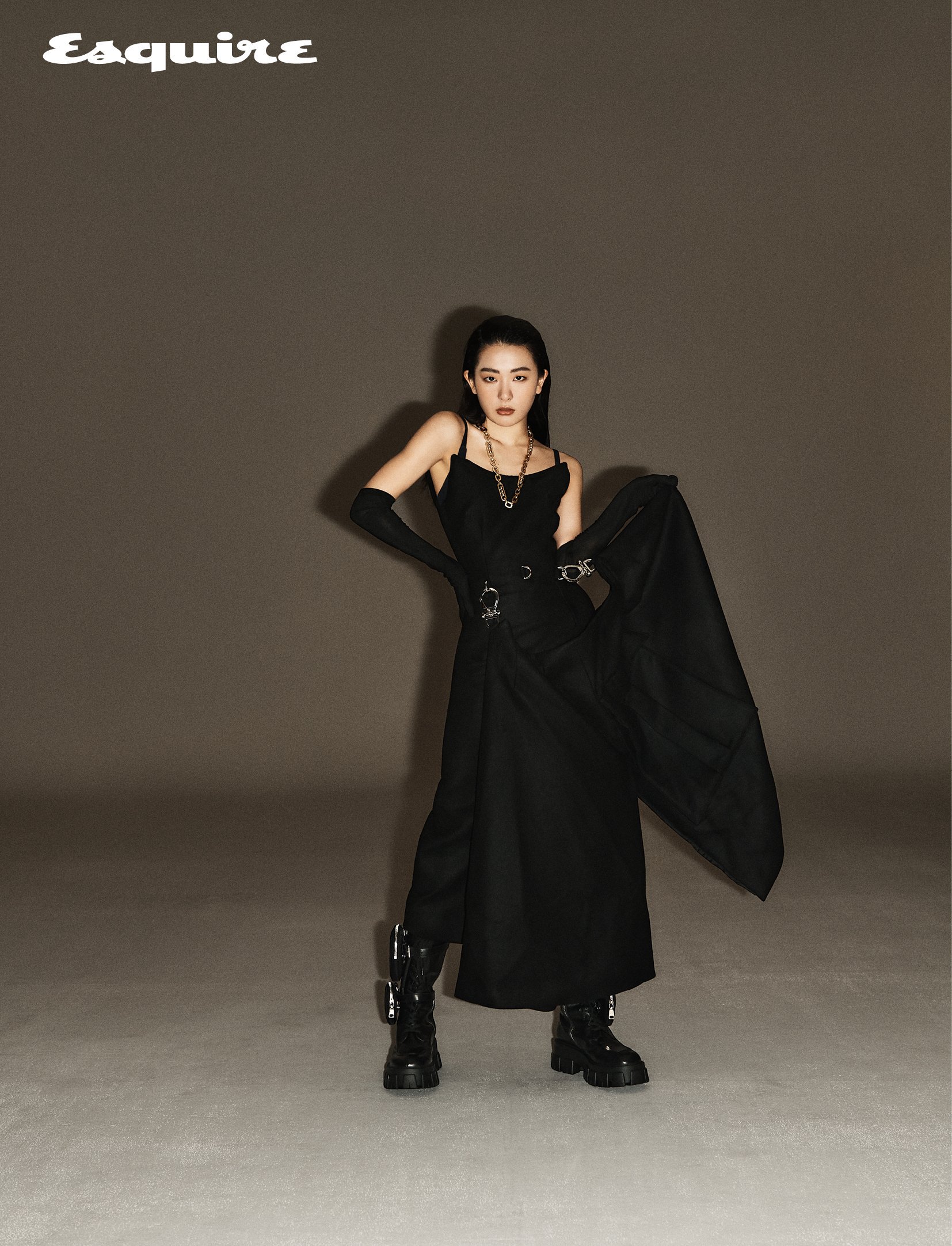 It was mentioned to Seulgi that in previous interviews, both Seulgi and her members had described her as calm and nonchalant. The reporter said that many people think that nonchalant people have a strong mind, as even when feeling nervous they are able to transform their emotions and appear to be stable.

“I think that’s true,” said Seulgi. “I thought when I was young, ‘I seem really strong.’ But I don’t think that’s really all it was. There are times when I fall into a swamp of emotions, and times when I struggle. It’s just that at those times, I try to overcome it and so I do overcome it, and I just repeat that over and over.”

When asked if this is an innate part of her personality, Seulgi replied, “It’s partially my personality, and partially because I try not to fall into that. I know that if I keep going like that, my mental state could hit bottom. I know that even things that should be good could become bad, so I try to block it in advance. I think I learned to block it.”

Seulgi went on to say that this was something she’s learned from herself. “It’s because of my experience,” said Seulgi. “There was a time when I was sobbing and my emotions hit rock bottom. But when that happens, the results become worse. I realized that it’s easier to recover from it if I don’t try to force out the emotions and instead try even talking in a more positive way.” 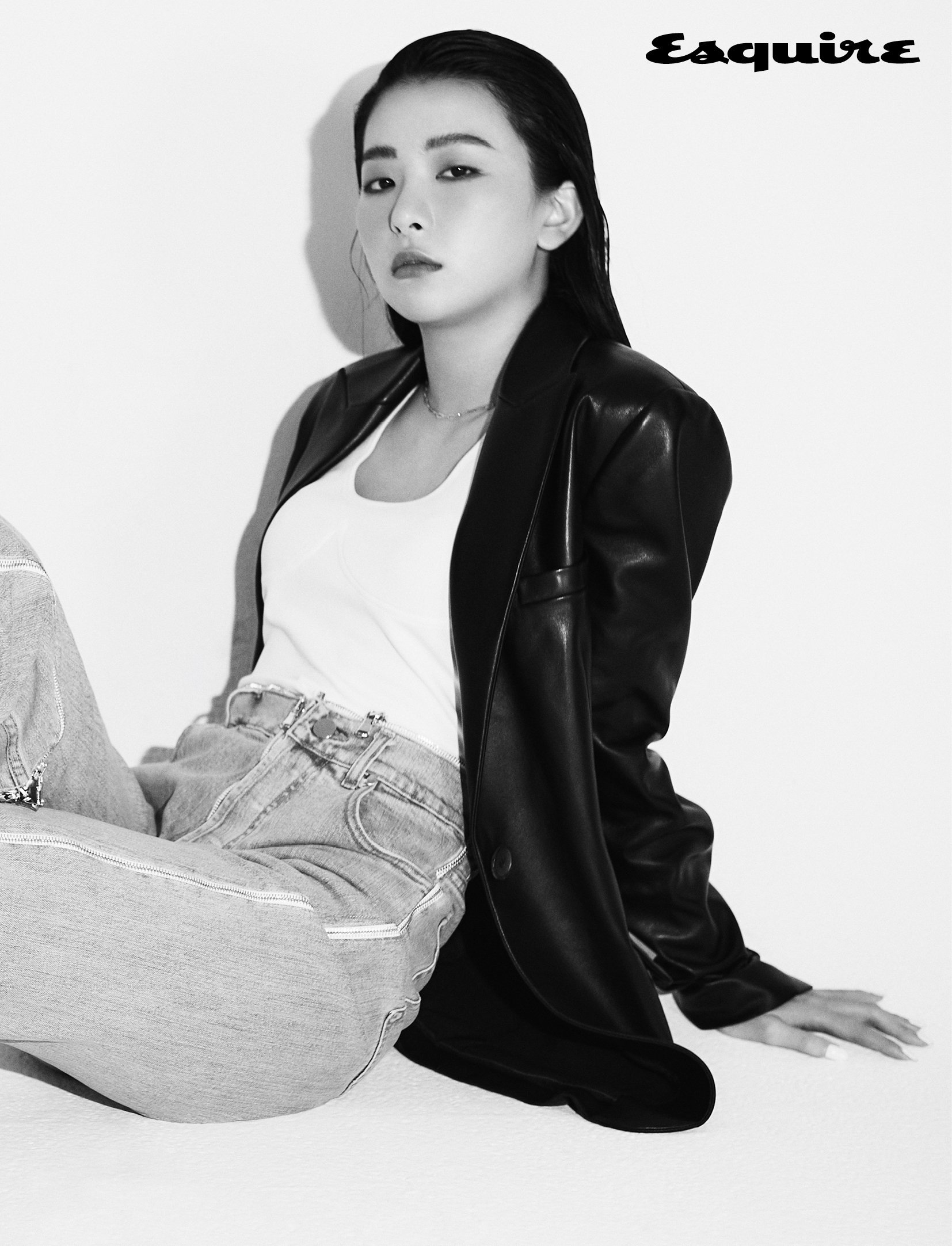 When asked to describe this time when she felt like she’d hit rock bottom emotionally, Seulgi said, “The first time was when I was a trainee before my debut, but after that since I’d gone through such difficult emotions, I could get through most things.” She added with a laugh that it also happened recently. “I think it just comes once in a while,” said Seulgi. “I was like that when I was a trainee too. I’d suddenly think, ‘Am I doing well?’ Even after my debut, it’s the exact same. Sometimes I worry and think, ‘Am I doing well right now? Should I do more?'”

Seulgi said that the best thing she’s found to deal with that is to find something new to learn. “There are times when I think that my passion subsides,” she explained. “I’ll be enjoying myself and then a time comes when I no longer feel that sense of enjoyment. If you want to bring back that passion then you need a reason too, but I think it’s good to learn something. So lately I’ve been saying a lot, ‘I want to learn this, I want to learn that.'” 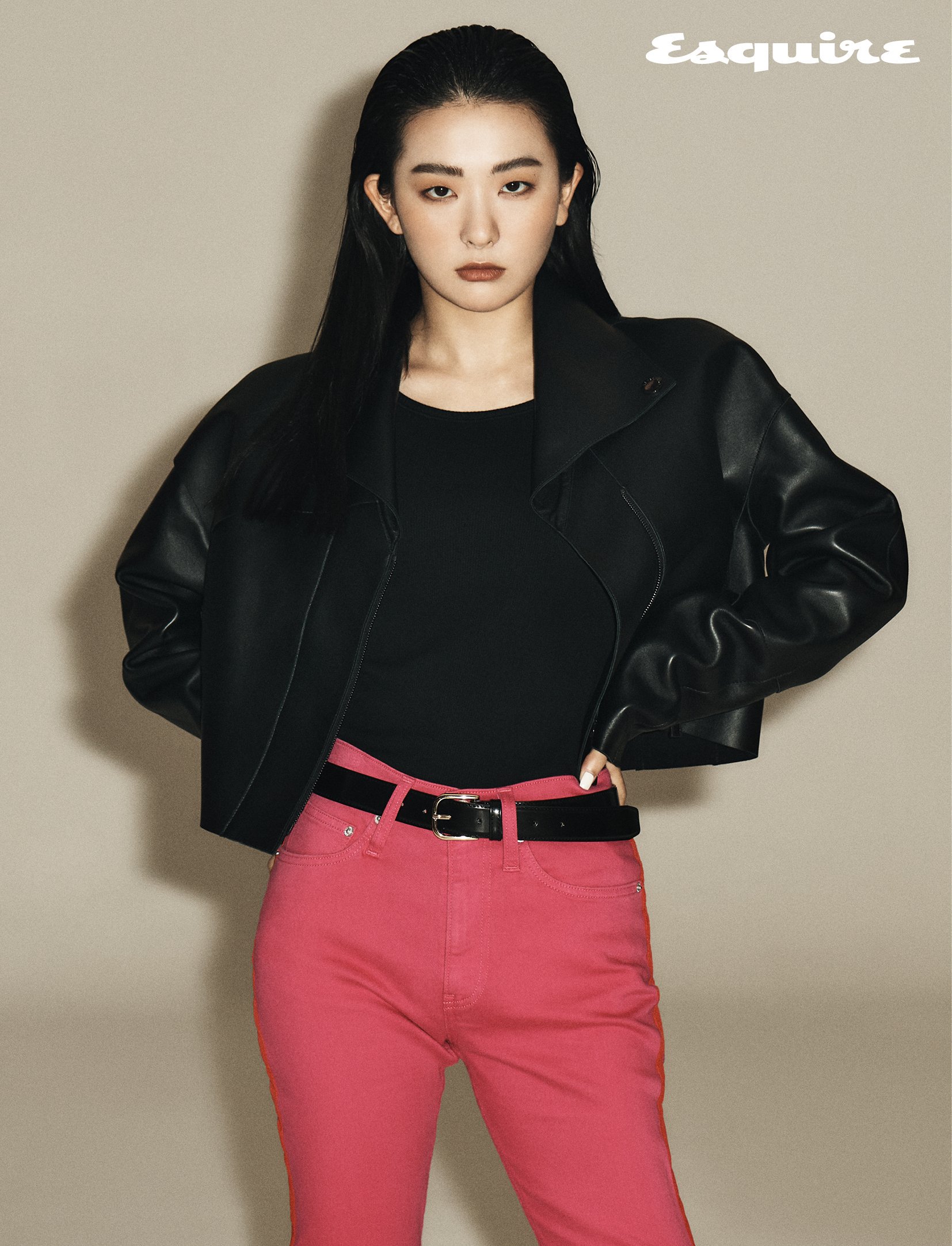 On what she wants to learn lately, Seulgi said she’s still researching but she bought a used film camera and has been taking photos with that. “I’ve always enjoyed taking landscape photos,” she said. “So I want to travel to other countries and photograph the landscapes.”

When asked where she wants to go, Seulgi said, “Cuba. Yesterday I watched a rerun of JTBC’s ‘Traveler’ with Joohyun [Irene] while we were eating sujebi [noodle soup]. It was so beautiful. They say that people dance in Cuba to even just the sound of coins. It made me want to go there.”