KBS 2TV’s upcoming drama “I Wanna Hear Your Song” has unveiled a new glimpse of gugudan’s Kim Sejeong in her starring role!

“I Wanna Hear Your Song” is a new mystery romantic comedy about a timpanist named Hong Yi Young (played by gugudan’s Kim Sejeong), who loses all her memories of the night of a murder. After encountering a suspicious tone-deaf man named Jang Yoon (played by Yeon Woo Jin), she sets out on a quest to discover the truth.

On July 31, the drama shared new stills of Kim Sejeong in character as Hong Yi Young. Despite struggling to find a permanent gig, the relentlessly optimistic Hong Yi Young refuses to give up on her dream of becoming a timpanist for an orchestra, and she goes to audition after audition even while juggling all sorts of part-time jobs in order to make ends meet.

The newly released photos show Hong Yi Young blowing off steam after work by having a drink with her friends. Setting her exhaustion from her various part-time jobs aside, Hong Yi Young takes the lead in partying with her friends as they play drinking games together, and the new stills capture the timpanist looking adorably cheerful and having a great time.

The producers of “I Wanna Hear Your Song” remarked, “Kim Sejeong, who has been breathing life into the set with her sunny personality, completely poured her real-life personality into filming that day and became entirely immersed in her character. Please keep an eye on the entertainingly vibrant and spirited side that Kim Sejeong [will show in the drama].” 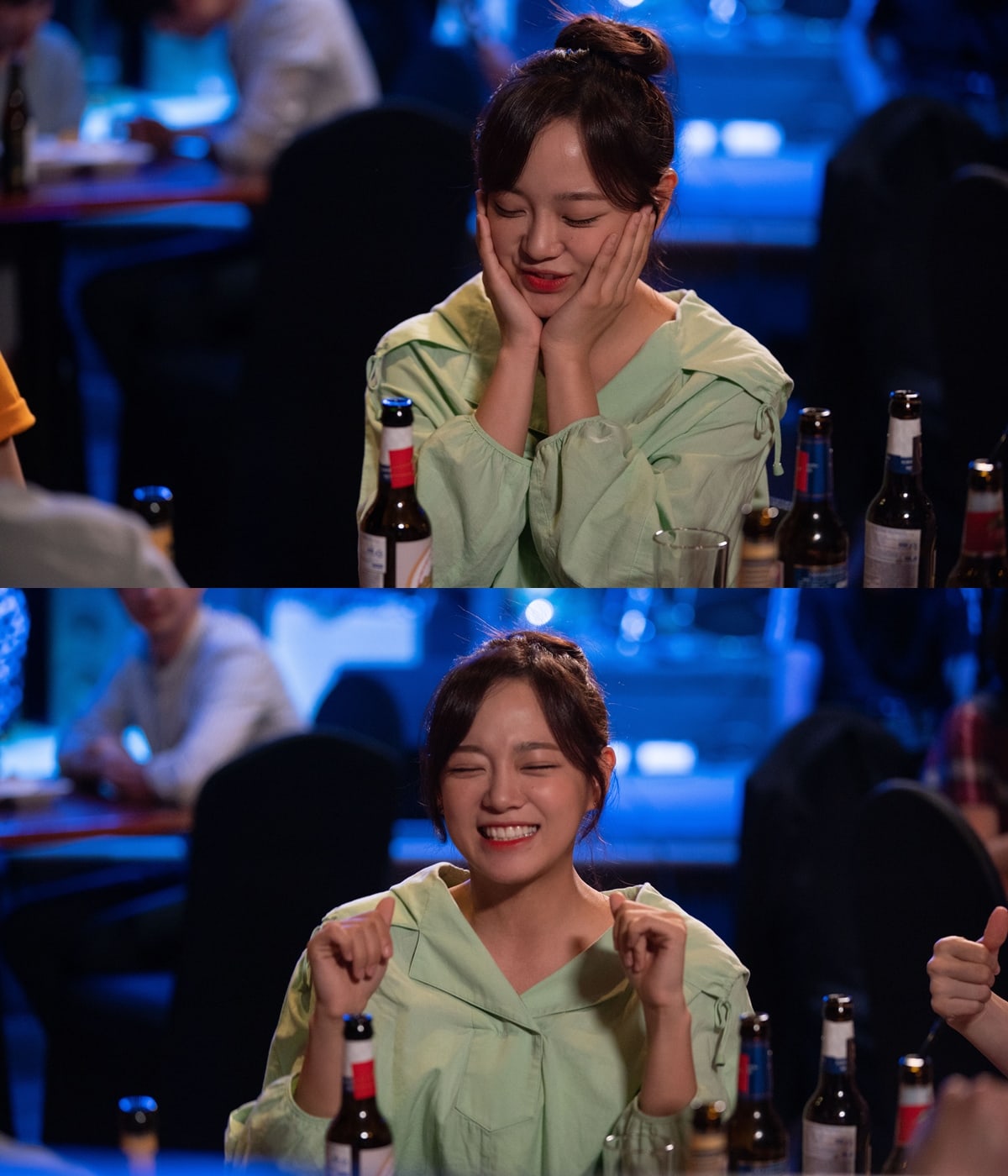