Red Velvet has released a special video for their fifth anniversary!

“Milkshake” is a B-side track from the group’s recent album “The ReVe Festival: Day 1.”

On August 1, Red Velvet celebrates the fifth anniversary of their debut. The group debuted on August 1, 2014 with their single “Happiness,” and shortly after midnight KST on that day this year, their fans ReVeluv trended the hashtag #5YearsWithRedVelvet to celebrate all the magical moments they’ve shared. 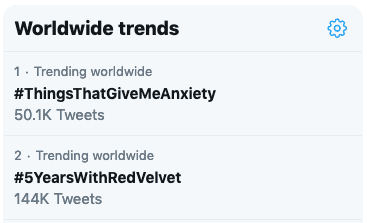 Check out some of fans’ tweets below as they relive great memories and share their love!

Thank you so much Irene

Thank you so much Seulgi

Thank you so much Wendy

Thank you so much Joy

when rv had their 1st fanmeeting they personally attached stickers to each pastry. now they fill up concert venues for fanmeets but they still have remained the most humble best girls ever❤️ #5YearsWithRedVelvet pic.twitter.com/iPKCHb6nCn

Words really can’t express how much I love these 5 girls. Thank you for existing and bringing so much happiness into my life. I will always stay by your side and come back to you so I hope to be able to see you until the next 20 years. #5YearsWithRedVelvet #함께한_5년_함께할_우리 pic.twitter.com/DuMGOkgFGN