On the July 31 broadcast, Ha Sung Woon got his dating fortune read by experts on astrology and Korean fortune telling.

He opened this conversation by saying, “The experts always guess correctly on the show, so I was curious about my own fortune.”

Firstly, the astrology expert explained that as a person with Venus in Aries, Ha Sung Woon can tend to have immediate reactions, equating to being someone who falls in love easily. Ha Sung Woon attempted to amend this statement by saying, “I fall in love with fans easily, but I don’t separate from them easily.”

The expert further predicted that Ha Sung Woon’s dating luck will be blocked until 2024. The Korean fortune telling expert then jumped in to say, “I have a different opinion. I think he won’t have dating luck for the next 10 years.”

Upon hearing this, Ha Sung Woon jumped up from his seat and happily applauded, with the panelists saying this was good news as an idol. Shin Dong Yup jokingly scolded, “Until when are you only going to focus on making money! You should find someone you love, too.” 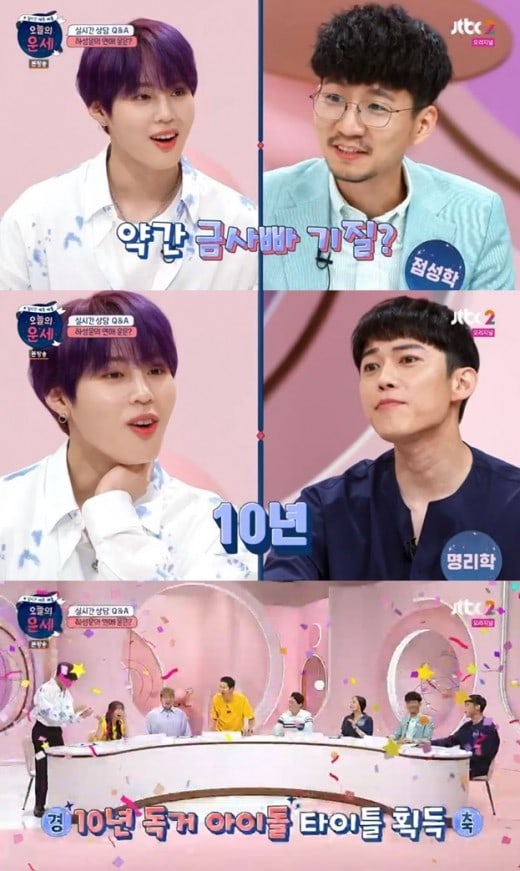 Ha Sung Woon also revealed on the show that he isn’t the type to approach a woman he’s interested in first.

When asked whether people on blind dates would hit on someone they like, MC Shindong said, “Don’t most men do the approaching?”

Ha Sung Woon objected to this, saying that he wouldn’t. As for the reason, he simply replied, “Because I’m shy,” making everyone laugh. 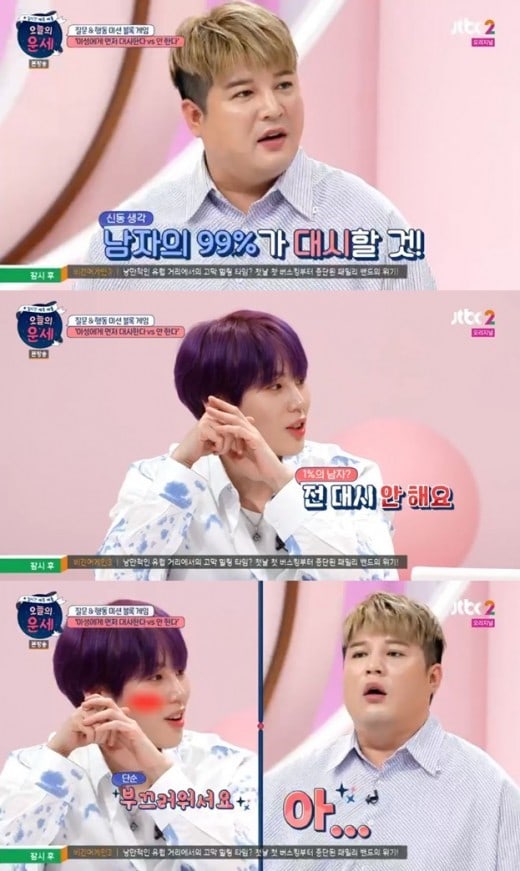 Ha Sung Woon
Today's Fortune
How does this article make you feel?