Lee Se Jin will be holding his first fan meeting!

On August 1, iME Korea revealed a poster with information for the fan meeting “The Se Jin,” which will be held on August 18 at 3 p.m. KST. The location will be announced when tickets go on sale.

Lee Se Jin recently held a live broadcast where he told fans, “Let’s meet soon,” which turned out to be about this upcoming event. He’s currently planning a special meeting with his fans, where they’ll be able to see his charms as an actor and trainee. 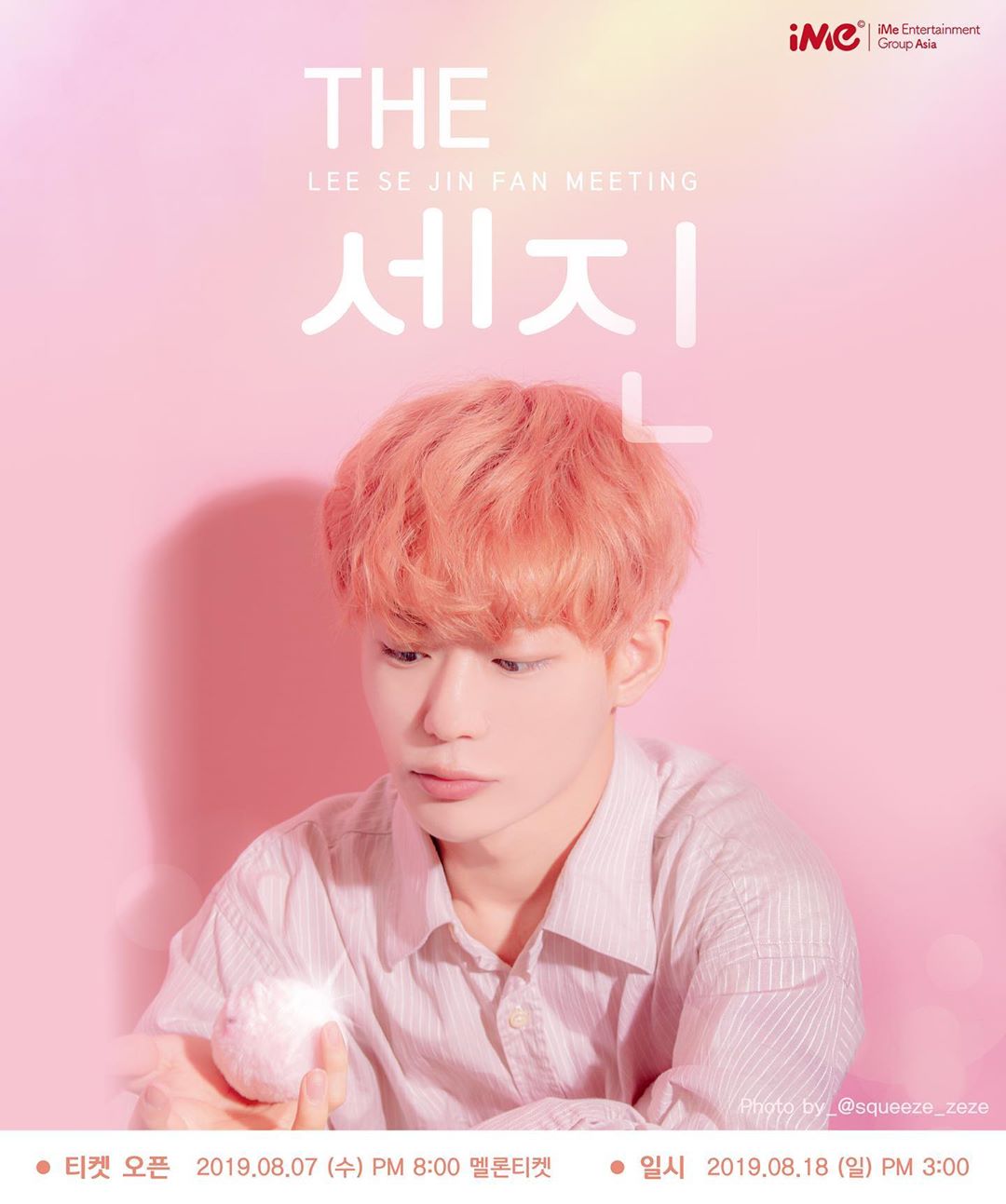 Tickets for Lee Se Jin’s fan meeting will be released on August 7 at 8 p.m. KST on MelOn Ticket.

Lee Se Jin
How does this article make you feel?