Sulli talked about how she ended up joining SM Entertainment even when the agency wasn’t taking new trainees.

On the August 2 episode of “Night of Hate Comments,” Sulli said, “I was appearing in ‘Ballad of Seodong’ when I did an audition for SM, but at the time there were so many trainees at SM that there had been an order given to not accept any more trainees.”

Sulli continued, “The woman who cast me edited a video together of me singing, dancing, and acting in ‘Ballad of Seodong’ and showed it to Lee Soo Man.” She added, “Lee Soo Man said then that even though he’d said to not accept any more trainees, they had to accept someone like this.” 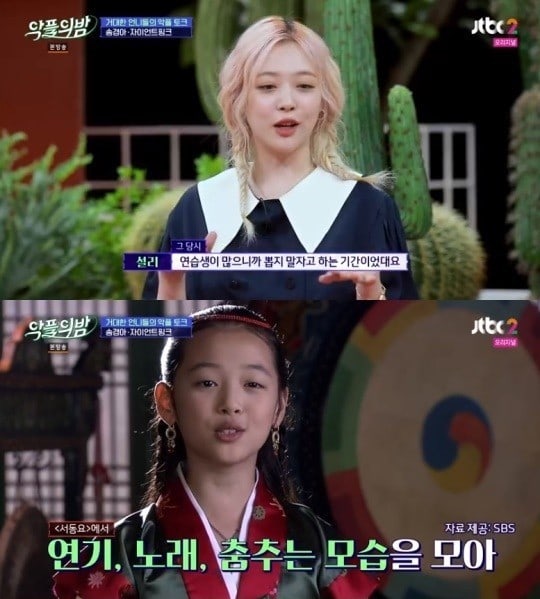 Sulli is one of the hosts of “Night of Hate Comments,” which invites celebrity guests to read aloud and respond to malicious comments about them, encouraging discussion about their lives and social issues. It airs every Friday on JTBC at 8 p.m. KST.