Watch: Lee Seo Jin, Lee Seung Gi, And More Have Their Hands Full On Day 1 With The Kids On “Little Forest” 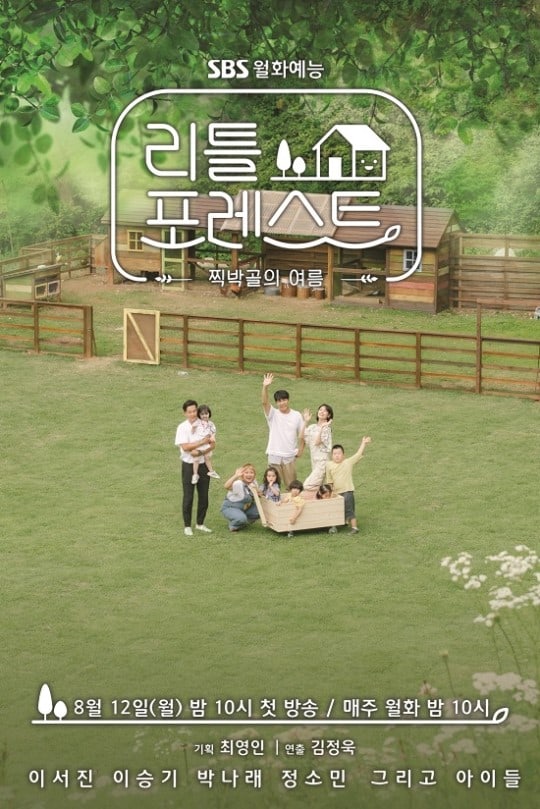 In the preview for the first episode, each of the cast members plays with and takes care of the children. Lee Seo Jin sets the table for the kids to eat, and when Lee Seung Gi asks where their food is, Lee Seo Jin says, “There is no food [for us].” Lee Seung Gi, stunned, says, “What..? Really?” Someone else says, “He’s not joking. We have to eat ramyun (instant noodles).”

Lee Seo Jin runs to retrieve one of the girls’ toy, and she says, “Uncle looks like he’s not in the best condition today,” as Lee Seo Jin, out of breath, walks back with the toy. Meanwhile, Lee Seung Gi is saddled with the task of putting sunscreen on five children with no help. He says, “This is impossible!” At the end of the preview, the exhausted cast takes a brief breather before they’re called to duty once again.

Watch the preview below! “Little Forest” airs its first episode on August 12 and will be available on Viki with English subtitles.