The upcoming season of tvN’s “Three Meals a Day,” which features an all-female cast of Yum Jung Ah, Yoon Se Ah, and Park So Dam, has released a new poster and highlight video!

The new highlight clip gives a glimpse of the three women getting their bearings in a mountain village in Gangwon province, figuring out what to eat and settling in at their temporary home.

Viewers get to see a new dynamic between “SKY Castle” co-stars Yum Jung Ah and Yoon Se Ah, as well as their chemistry with young actress Park So Dam, whom Yoon Se Ah dubbed “the brain” of the trio.

Yoon Se Ah and Yum Jung Ah give each other shoulder rubs after a hard day’s work, although Yoon Se Ah gets a playful slap when she presses too hard (at Yum Jung Ah’s urging).

Meanwhile, Park So Dam proves herself a bona fide workhorse around the house, doing some literal heavy lifting and working out some much needed fixes. Yum Jung Ah offers help to Park So Dam, who’s up on a ladder, by holding her steady by her butt. Yoon Se Ah jokingly scolds her, saying, “Say something before you grab her, you scared her! You need to ask permission!”

Watch the preview of the newest cast of “Three Meals a Day” and their mouth-watering food adventures below. The new season starts on August 9. 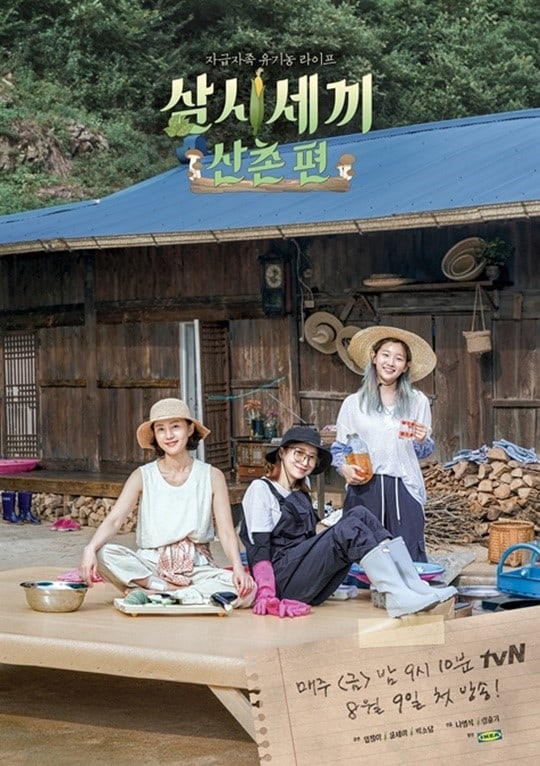 In the meantime, watch the seaside season of “Three Meals a Day” with Lee Seo Jin, Shinhwa’s Eric, and Yoon Kyun Sang below:

Three Meals a Day
Park So Dam
Yoon Se Ah
Yum Jung Ah
How does this article make you feel?