Highlight’s Yoon Doojoon shared a fun update from the military!

On August 2, Yoon Doojoon appeared as an MC on “Top Chef Army,” content created by the South Korean army. It’s a special program where cooking skills are put to the test to create healthy and tasty meals for soldiers. On this day, Yoon Doojoon led the program with his wit and ability to think quickly on his feet. He worked well with comedienne Kang Min Kyung, who was there as an MC alongside him. 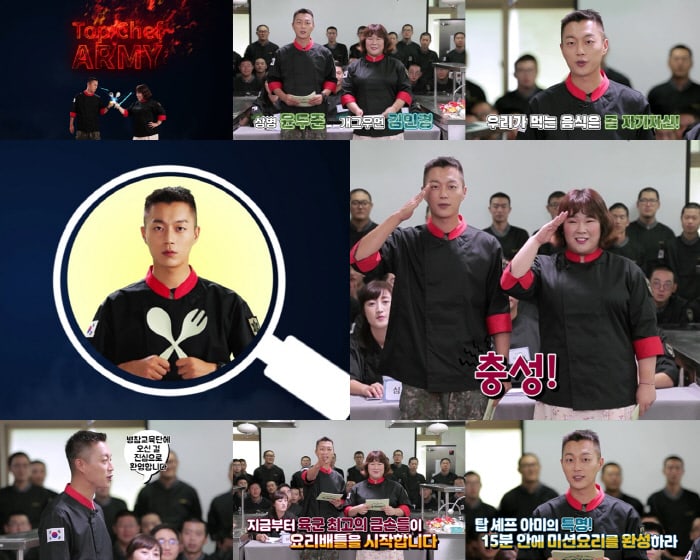 Along with the first episode, he updated his personal Instagram account with a promotional photo of himself from the show and wrote, “Are you doing well during this hot summer? I’m appearing in content created by the army. I’m nervous because it’s my first appearance in content like this in a while. Please give your love to ‘Top Chef Army’ and make sure to take care of your health in the summer heat!”

Yoon Doojoon enlisted last July, and he has been an exemplary soldier during his time in the military, even being promoted to corporal early for outstanding conduct. His appearance on “Top Chef Army” as the MC has been a welcome update for fans.

The program takes place across three episodes, with one episode posted every week on the Republic of Korea Army’s website and Facebook page, as well as on Kakao Page.