Yoo Jae Suk recently talked about his family on this week’s episode of “Running Man”!

During the August 4 episode of the SBS variety show, the cast began the episode by asking Yoo Jae Suk about his daughter.

The comedian couldn’t hide his smile once they began talking about his daughter, and he answered, “Her first birthday is just around the corner. She’s crawling around, and she stands up by herself too, so she’s just so cute.” Yoo Jae Suk and his wife welcomed their second child, a daughter named Na Eun, in October 2018.

Kim Jong Kook later had the set laughing when he teased, “She must feel both joy and sorrow every day then.” Yoo Jae Suk shot back, “What’s wrong with looking like me?!”

Ji Suk Jin was the next cast member to ask Yoo Jae Suk about his family, commenting, “Were you the one to ask [your wife] out [first]?” Kim Jong Kook added, “How’d you sweet-talk her?”

Yoo Jae Suk replied, “What do you mean ‘sweet-talk’? I just told her, ‘Let’s have a cup of tea together.'” 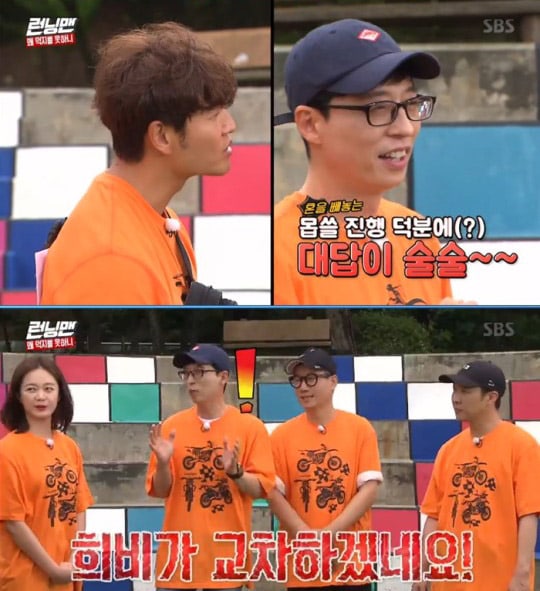 Watch an episode of “Running Man” below!