“Welcome 2 Life” is a romantic comedy about a selfish lawyer who gets sucked into a parallel universe because of an accident and starts living a new life as an upright prosecutor. With its charming cast and intriguing plot that suggests the existence of parallel worlds, the drama is expected to bring new fun to viewers all summer long. 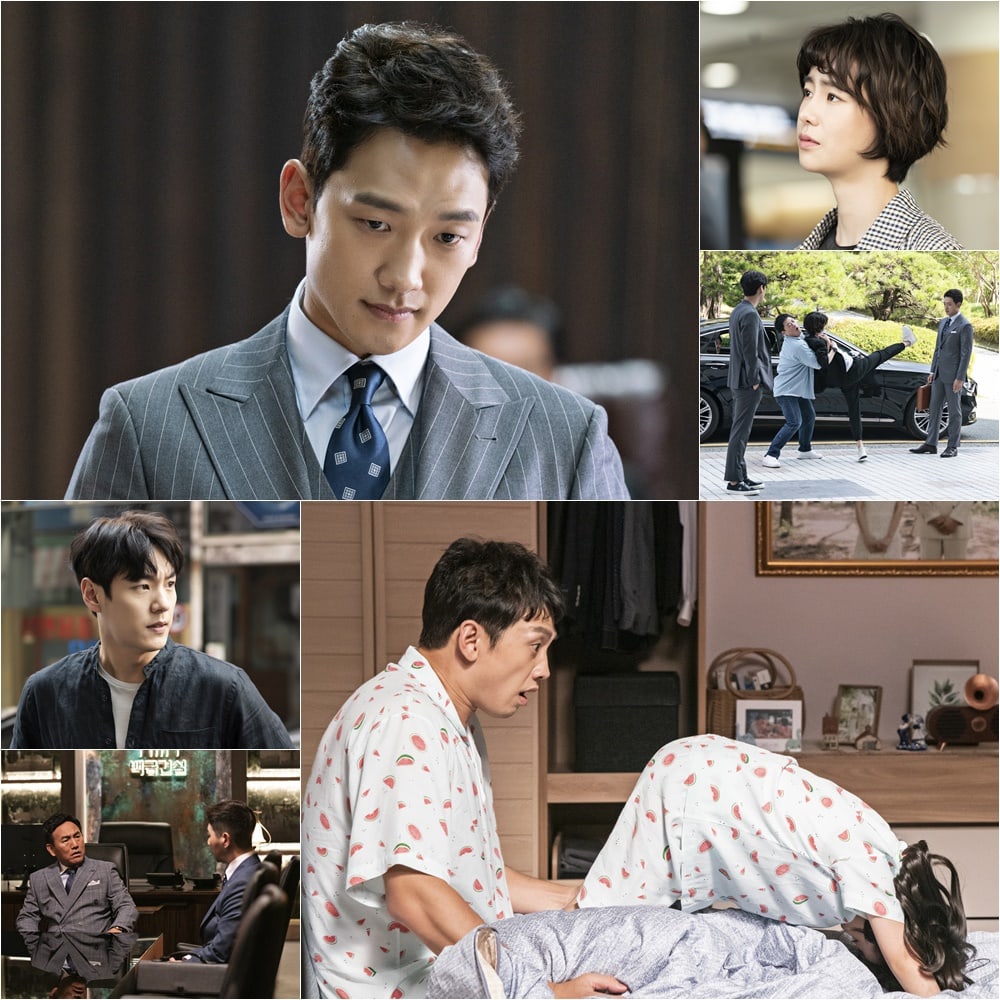 Here are four points to look out for during its premiere!

The opening of a parallel world

“Welcome 2 Life” provides a new world outlook that involves the existence of a parallel universe that shifts at the same time and with the same events as the current world. In the present world, Lee Jae Sang (played by Rain) is a selfish lawyer, but because of a strange accident, he is sucked into a parallel universe as a different version of himself. In this world, he is an upright prosecutor, and Ra Si On (played by Lim Ji Yeon) — his ex-girlfriend in the current world — is his wife. Thus, viewers are anticipating what events might unfold as Lee Jae Sang navigates a life completely opposite to his other one.

A fun drama that combines mystery, investigation, and comedy

“Welcome 2 Life” is expected to be a fun drama that combines an intriguing mystery, a heart-pounding investigation, and hilarious comedy. It will show the process of turning over a new leaf for an evil-natured lawyer through experiencing life in a parallel universe. The vastly different relationships that develop between Rain and Lim Ji Yeon’s characters adds more to the fun. The drama also has a serious side, as it follows the Special Investigation Headquarters as they attempt to expose the truth behind the mysterious incidents that have been occurring.

Passionate acting from the cast

Viewers’ expectations are further heightened for the passionate acting from the cast. First off, Rain shows versatility in his role as Lee Jae Sang, going from the dark charisma of a selfish lawyer to the righteous and friendly charm of an upright prosecutor. He also delivers effortless comedic acting in expressing the confusion that Lee Jae Sang experiences when he ends up in a completely different life.

Rain’s costars also show off contrasting charms in their performances. Lim Ji Yeon as Ra Si On is a girl-crush Violent Crimes detective in one world and a lovely and optimistic working mom in the other. Kwak Si Yang plays Goo Dong Taek, Ra Si On’s senior in the Violent Crimes unit who displays strong charisma on one side and affectionate tsundere traits on the other.

The supporting cast will not disappoint, either. Son Byung Ho, Han Sang Jin, and Kim Joong Ki will up the tension as a group that participates in blatant corruption and evasions of the law for reputation and power. On the other hand, Park Won Sang, Jang So Yeon, Park Shin Ah, Im Sung Jae, Hong Jin Ki, and more make up the Special Investigation Headquarters that work together to uncover the mysteries of the worlds while also showcasing unique chemistry as they bicker among themselves.

Cinematography and storyline with breathtaking cliff-hangers

“Welcome 2 Life” boasts cinematography and a heart-pounding story that viewers will not be able to take their eyes off of. The moment that Lee Jae Sang is pulled into the alternate universe is expected to be a rollercoaster of emotions, and the following incidents and twists will keep viewers on the edge of their seats. The collaboration of writer Yoo Hee Kyung and director Kim Geun Hong in delicately expressing the emotions of the characters and creating an enrapturing story further adds to the drama.

Writer Yoo Hee Kyung said about the drama, “‘From a genre aspect, ‘Welcome 2 Life’ is a romantic comedy and investigative drama that leaves no room for rest. I believe it will be an excellent drama to enjoy during this hot summer with its dual charms of light and sweet comedy and chilling suspense. The message stems from the love and growth of the characters through the events they experience. Please show lots of support for the characters as their experience change and development with each episode.”