The drama is a mystery thriller about an aspiring novelist named Yoon Jong Woo (played by Im Siwan) who moves to Seoul to pursue his dreams, but is thrust into an unexpected hell due to the strange residents of his dorm.

The newly released poster features the same hallway pictured in earlier previews, with Im Siwan in the middle and the other residents, played by Lee Dong Wook, Lee Jung Eun, Lee Joong Wook, Lee Hyun Wook, and Park Jong Hwan, lurking in their doorways behind him.

Kim Yong Ki, the creator of the the original webtoon that the drama is based on, personally created an illustration of the same poster. A source from Naver Webtoon said, “Ahead of the premiere of ‘Strangers From Hell,’ we reached an agreement with writer Kim Yong Ki, and he prepared special content for the drama.” The illustrated poster teases the release of an unreleased webtoon episode on August 13. 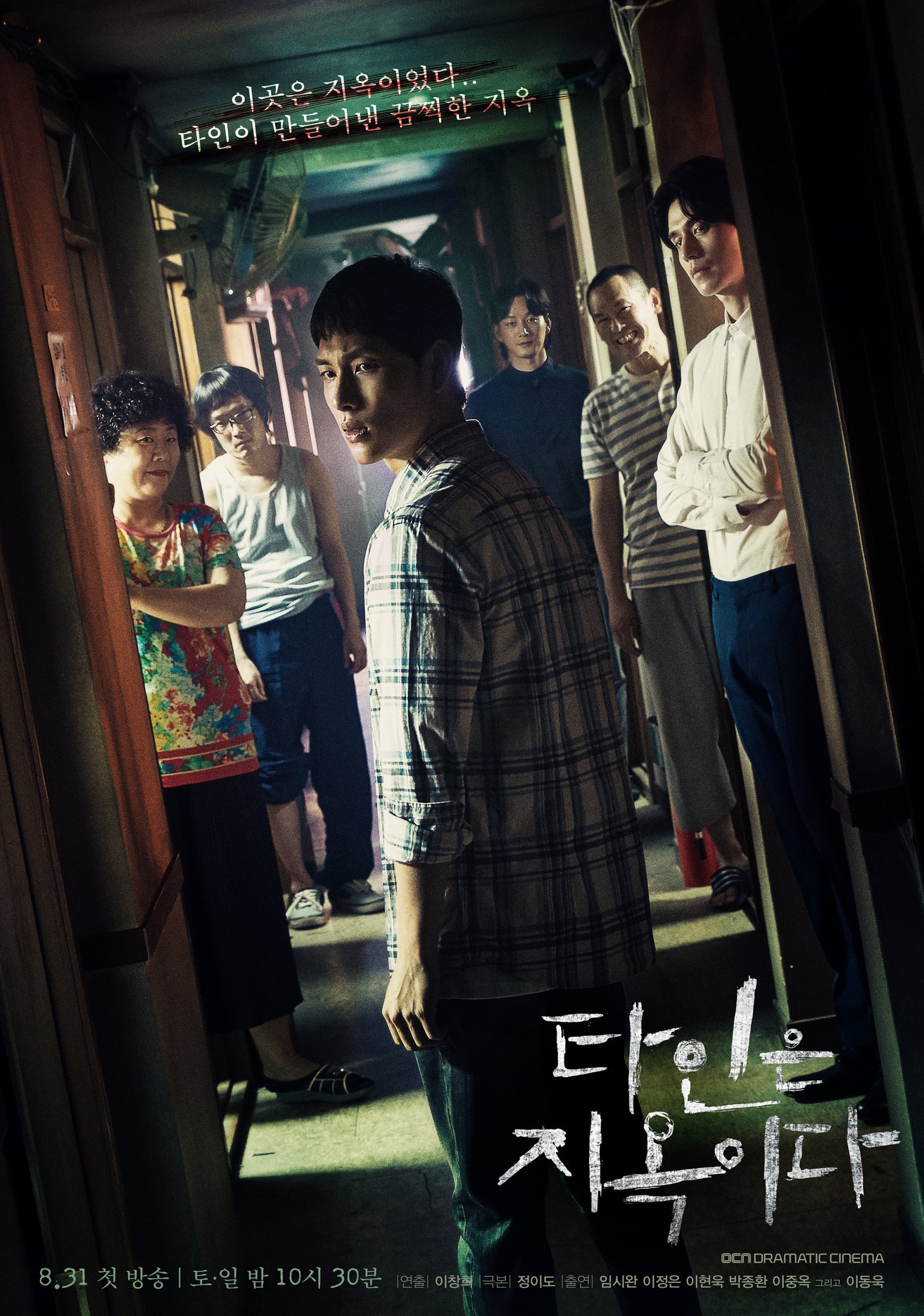 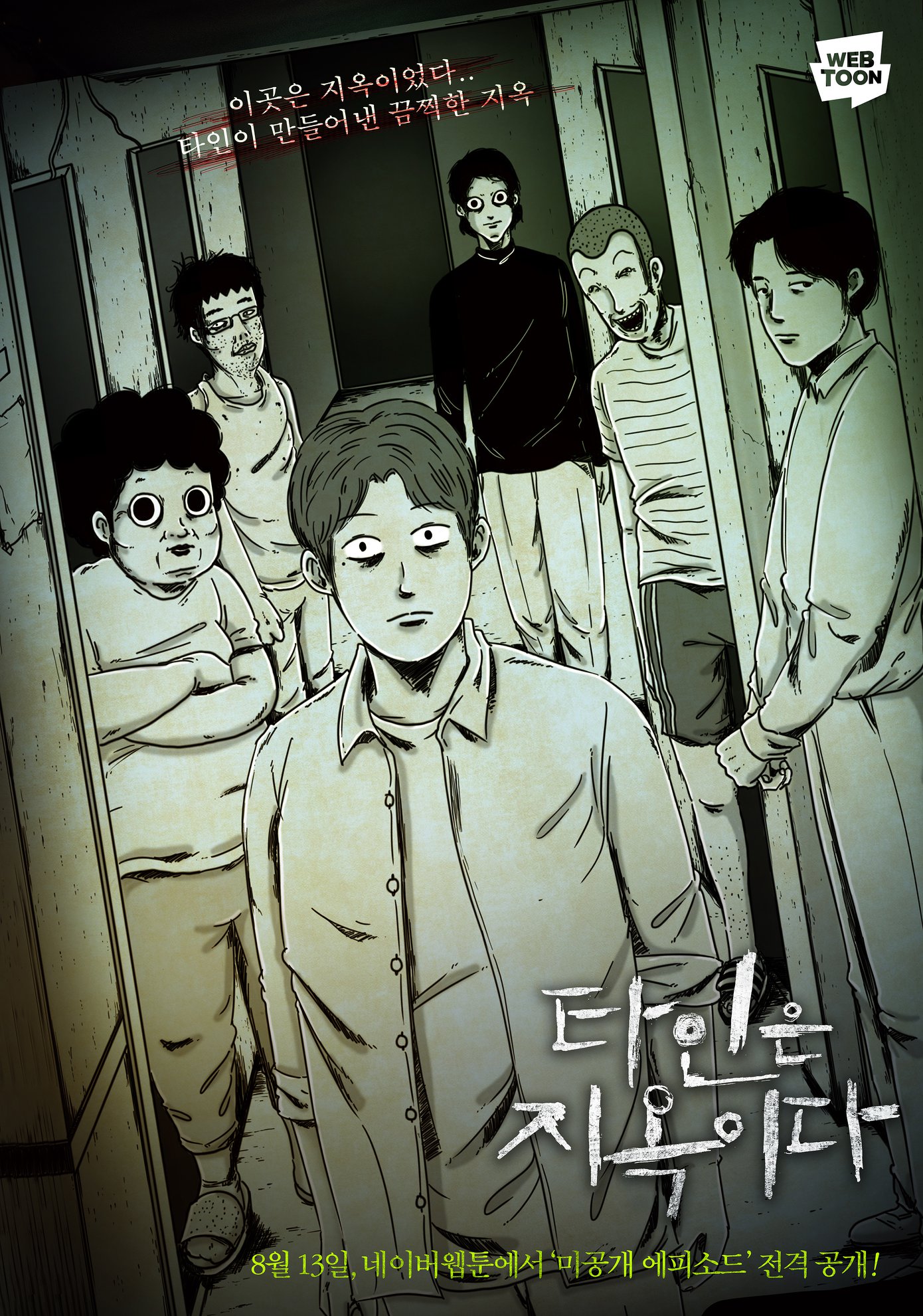