The lyricist talked about working with EXO’s Chen, saying, “There are usually preconceptions. Idols tend to share that they don’t seem to be able to express deep emotions, but that’s not true. Chen is part of the group EXO, but I was touched by the fact he was good at expressing the ballad’s emotions. I remember he got emotional while recording, and I became emotional as well.”

He also discussed Soyou and Junggigo’s “Some” featuring Lil Boi of Geeks. He said, “Strangely, neither the company nor the songwriter Kim Do Hoon had many expectations. I thought the work was fun and that it was a good song, but I didn’t expect it would receive this much love, so I was grateful.”

Then he added, “It wasn’t a song that started from the beginning. The song was staged in a certain way, and the agency contacted me saying they wanted the mood to be changed, which led to me joining the project later on. Out of the five lyricists, I thought of the subject ‘some’ (Korean slang that’s short for ‘something,’ a situation in which two people are attracted to each other but not yet dating).” 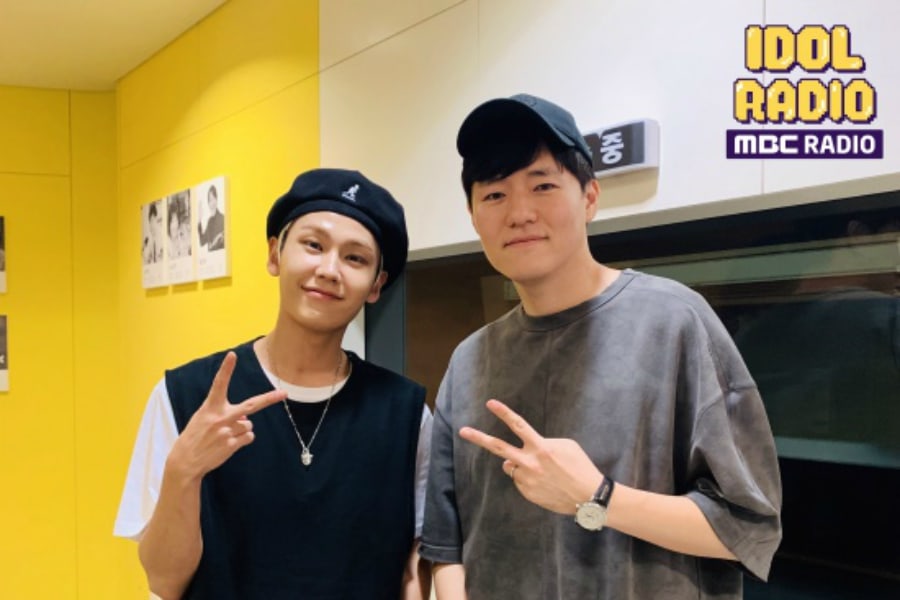 Concerning Wanna One’s debut song, Min Yeon Jae shared, “The fans actually voted for the title track to be either ‘Energetic’ or ‘Burn It Up.’ I set the alarm and ran the vote every day.” When asked about the meaning of “Burn It Up,” he explained, “Since the song debuted after they experienced a hard time in the audition program, I tried to say, ‘It’s time to end the long wait for the debut and burn it up.’ I was thinking about what we should burn, and I wanted people to see they are able to shine now after burning up all the dark, hard times.”

As for the artist who overwhelmed him with their performance of his lyrics, he chose Taemin. “I wrote Taemin’s ‘Thirsty’ and thought the song came out well. I was invited to his concert and attended it. I saw his stage there and became overwhelmed. The lyrics, choreography, and stage performances were all united, and I was surprised as I realized this is the power of idol music. I think Taemin expressed that very well.”

Lastly, Min Yeon Jae commented, “I think idols are ‘the present.’ Idol music can represent the most current era in K-pop. I also listen to idol music everyday and feel and study how the current music trend is going.”

EXO
Wanna One
Chen
Idol Radio
How does this article make you feel?