During the press conference for MBC’s “Welcome 2 Life,” Rain talked about support from his wife Kim Tae Hee and chemistry with co-star Lim Ji Yeon.

“Welcome 2 Life” is a romantic comedy about Lee Jae Sang (played by Rain), a selfish lawyer who gets sucked into a parallel universe because of an accident and starts living a new life as an upright prosecutor. In this world, Ra Si On (played by Lim Ji Yeon) — his ex-girlfriend in the current world — is his wife.

When asked about how Kim Tae Hee reacted to his new drama, he answered while laughing, “I think this will make more of a headline than the drama. She is very supportive of me.”

Rain also praised Lim Ji Yeon, saying, “I was really surprised by Lim Ji Yeon. I’ve never seen an actor so thoroughly prepared. I haven’t seen her make mistakes with her lines very often, and I’m always grateful for her great ability to lead the set. Thanks to her, I’m able to do all the ad-libs I want. We have great teamwork.” 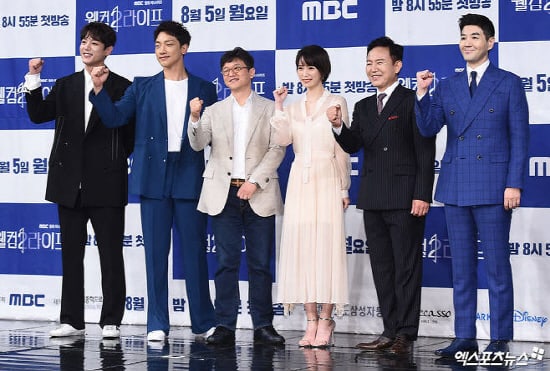 In addition to having good chemistry with Lim Ji Yeon, Rain also gets along well with the director and crew members. He shared, “I debuted in 2003 with my first drama on KBS. I had constantly worked with different broadcasting companies, and now I’m working with the MBC staff and director for the first time. I didn’t know I would fit so well with MBC. We have such great teamwork that I wonder why I didn’t work with MBC earlier. I talk with the director about a variety of things and create a fun set. After receiving the script, I wanted to show another side of Jung Ji Hoon (Rain’s real name) by showing even one simple expression that I’ve never done. I’ve discussed it with the director steadily, so I think we’ll be able to see another side of Jung Ji Hoon. I think it’s very difficult to act as a lawyer, a prosecutor, the father of a child, and a single man. But the director and the actors are leading me well, so I’m gratefully working hard while filming.”

Rain also discussed his new character. He said, “He is living two lives. The first is a lawyer who works for money and honor, and in another world, he is a prosecutor who protects justice. To put it in perspective, our drama is a ‘multiplayer’ with elements of crime thrillers and even romantic comedies. It’s a light and fun drama to watch on a summer night. It’s hard to express the character, but I’m trying my best to make a great drama with the director.” 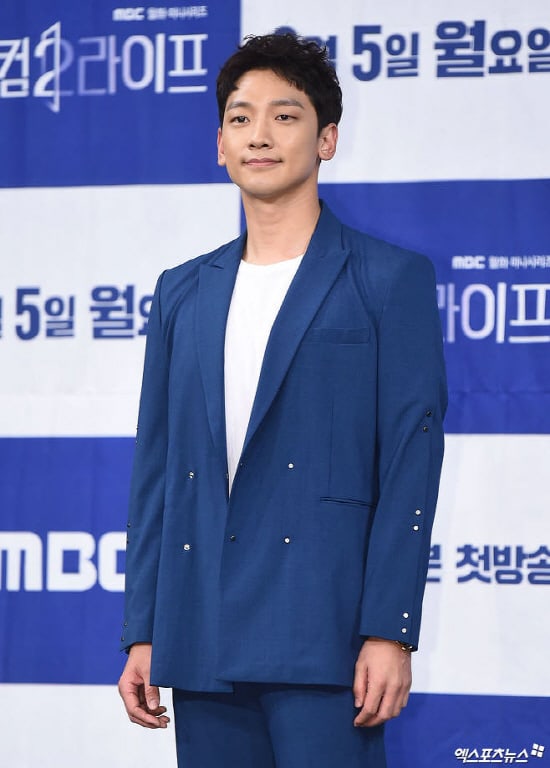