On August 6, Good Data Corporation revealed their rankings of the most buzzworthy dramas and actors. The results are from the company’s analysis of 26 currently airing and upcoming dramas for the first week of August.

In second place was JTBC’s “Moments of 18.” Similarly to the previous week, the reactions to main lead Ong Seong Wu’s acting were positive, but some viewers were displeased by the dark topics that are dealt with in the drama. Nonetheless, Ong Seong Wu took second place on the buzzworthy actors list, and Kim Hyang Gi ranked at No. 9. 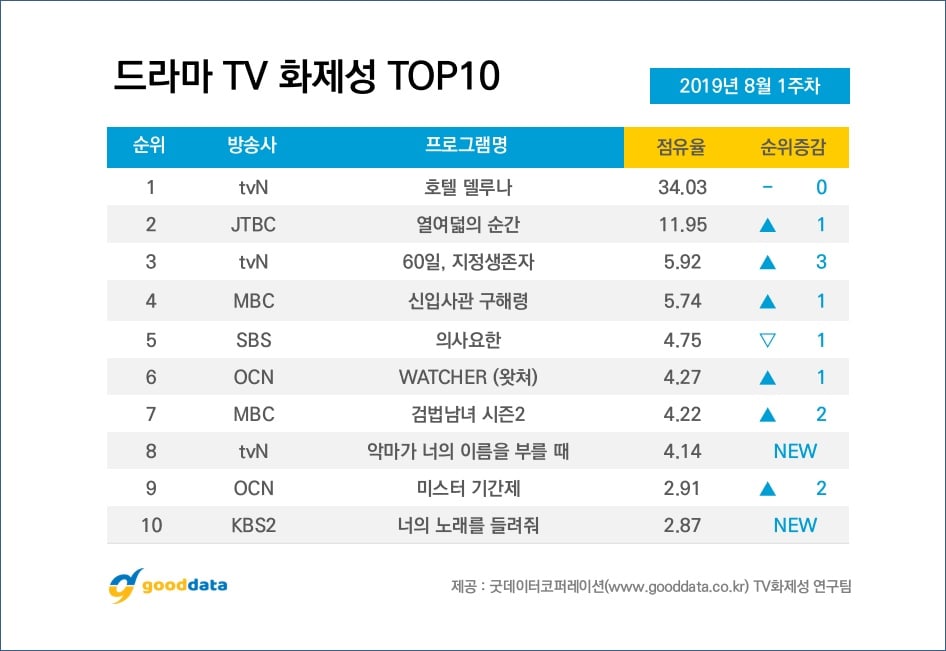 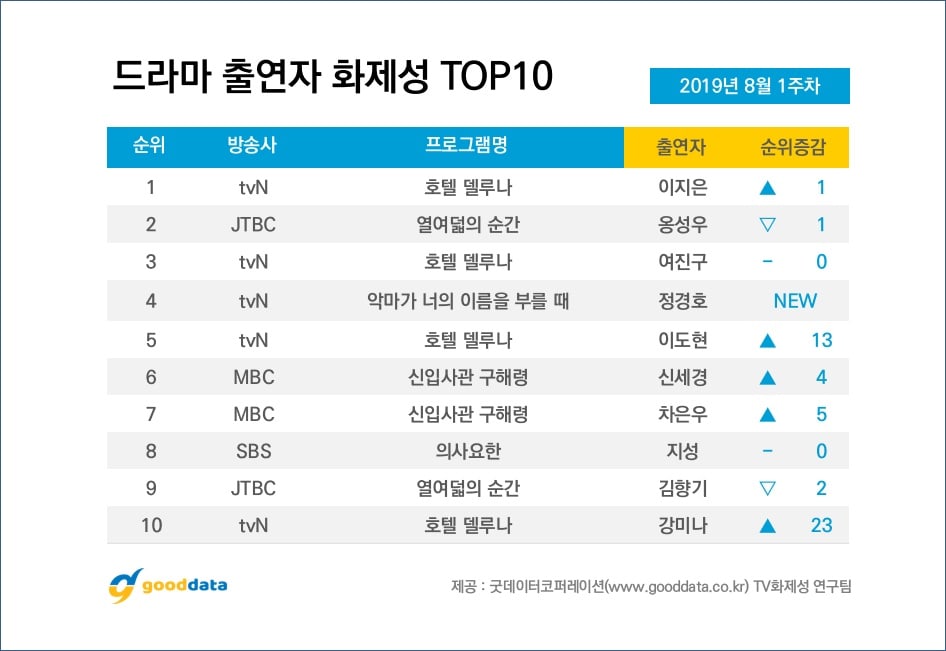