Chungha Names The Most Memorable Idol Cover Of “Gotta Go”

Chungha talked about covers of her hit “Gotta Go”!

On the August 6 episode of “Night of Real Entertainment,” a segment focused on popular songs that other artists often cover. One of those songs was Chungha’s “Gotta Go” from January 2019, and the show interviewed her to get her thoughts after so many artists performed covers of her track. They also spotlighted clips of idols performing it that include EXO‘s Xiumin, IZ*ONE‘s Lee Chae Yeon, Yoon Ji Sung, Weki Meki‘s Kim Doyeon, and more.

“I think I’ve seen almost all of them,” said Chungha. “I’ve been so grateful, and it’s really amazing.”

When asked what cover is the most memorable for her, Chungha chose the cover by Girls’ Generation’s YoonA.

“YoonA did it so coolly and beautifully,” she said, and reenacted how she’d gasped and put her hand over her mouth while watching it. 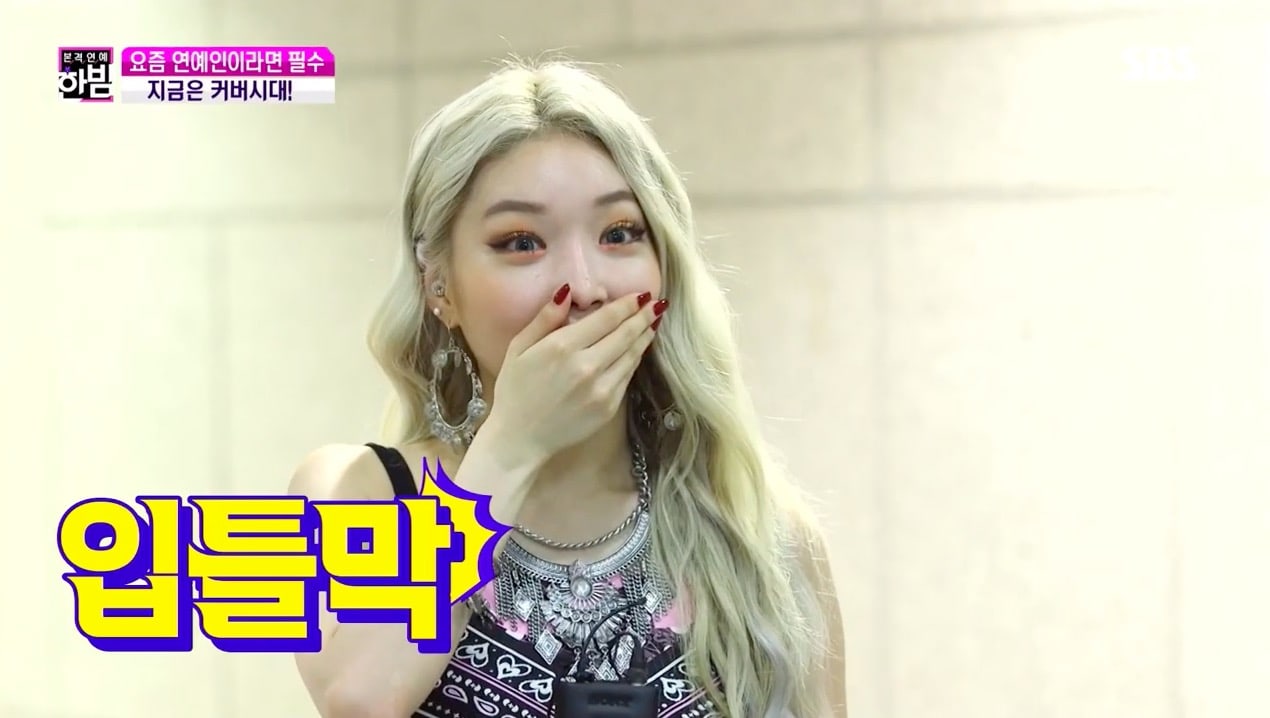 Check out the clip from “Night of Real Entertainment” below:

Girls' Generation
Chungha
YoonA
E-news Exclusive
How does this article make you feel?